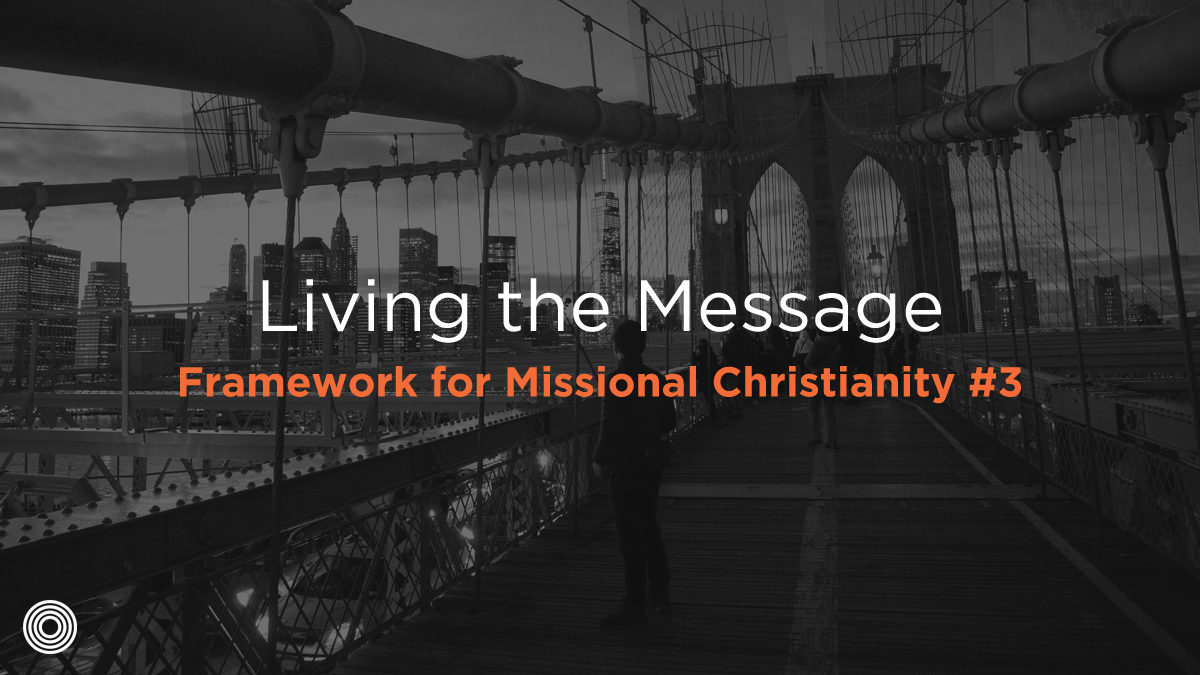 You are the church before you do church.

If we take Jesus at his word when he says, “As the Father has sent me, I am sending you” (John 20:21), then we realize that our being “sent” (Latin: missio) is the basis of our “doing” church and not the other way around. What is more, this applies to every disciple—not just to the so-called clergy (the called ones). We are all called into the kingdom and into living our lives under orders. What we normally infer by the word church limits what the Bible means by it.

As, my good friend Jeff explains here, church is not simply a building or a formal community meeting; it is who we are—a people who have been formed out of a direct encounter with God in Jesus Christ. If this is true, then general practice in church planting, which simply amounts to “service planting,” actually activates only one side of the movement equation (namely, apostolic mission). It leaves the MPOG (Mission of the whole People of God) undervalued and almost totally passive and unengaged. This is a fatal error. 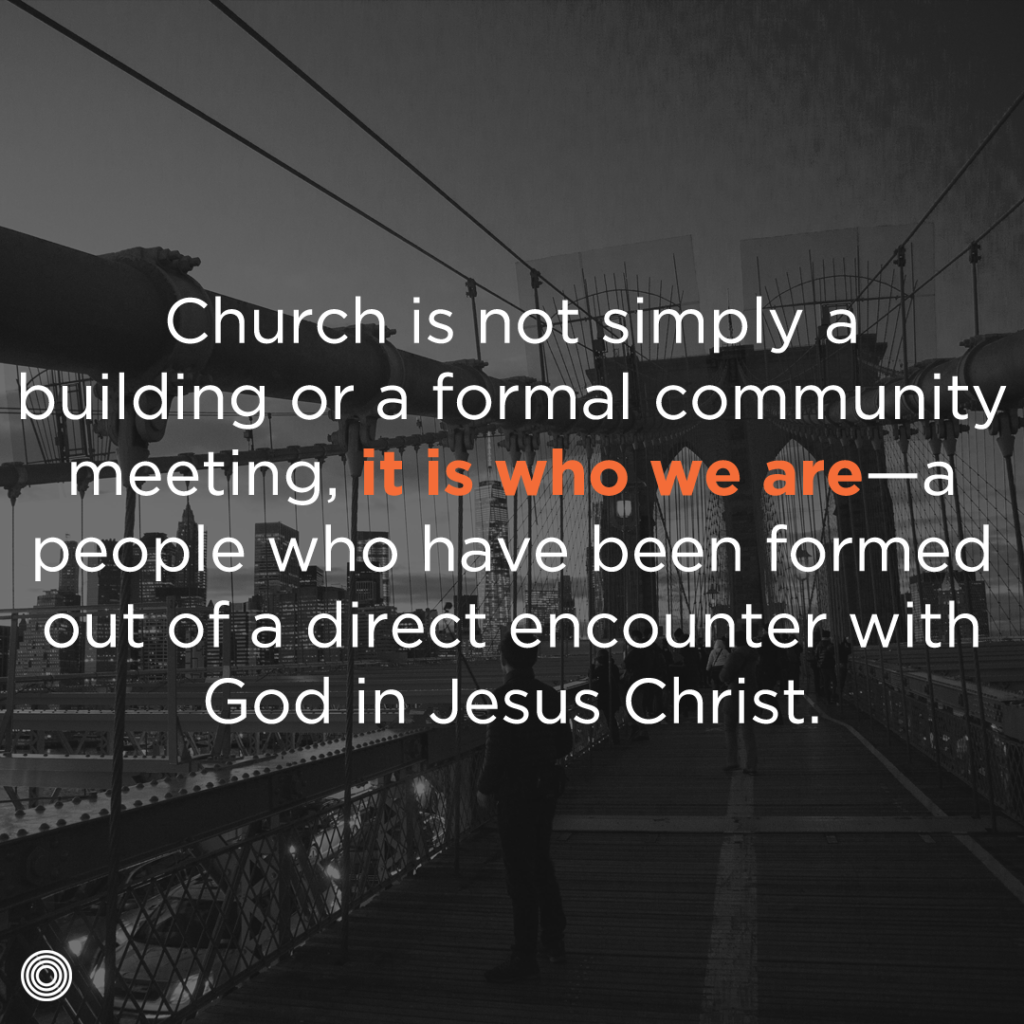 We are a unique people formed by the life-changing message of the gospel of Jesus Christ—in effect, a worldwide message tribe. But if we are recipients of a pay-it-forward-type message, then that makes us all messengers! Every believer is therefore a messenger and a missionary. And Christianity itself is an intrinsically missional faith. Even the newest believer seems to understand the universality of the gospel message; they rightly intuit that because it is “good news,” it is meant to be passed on and that somehow to sit on the message is to fail in our obligations to Jesus and his cause.

This is how missional movements grow: through a group of people who have been changed by Jesus and are willing to put themselves on the line for his cause. And the cause cannot be limited to evangelism, as if simply telling someone about the saving events of Jesus’ life and death fulfills our missional obligations. Rather it is about living the gospel in such a way that people are drawn into the direct influence (lordship) of Jesus through our lives. It is about living according to a distinct vision of society built on God’s dreams and desires, not ours. In other words, as Rick Warren wryly says, it’s not all about you; rather it is about the kingdom (or rule) of God over all creation. It encompasses everything in human experience, from culture, race, economics, church, entertainment, family, to everything in between. A missional movement must apply the gospel to all spheres of life (business, family, art, education, science, politics, etc.). It cannot be limited simply to “coming to church” or participating in building-based programs.

The reality is that it doesn’t take millions of admirers to start a movement that can change the world (in fact, that might be problematic). What is needed are a few people who have been personally transformed and are committed enough to the cause to be willing to in some way or another put their lives in the service of extending it into every domain of life. It is the personal commitment levels that make all the difference—that’s why Jesus was willing to invest most of his time in “the twelve” and by extension in “the seventy.” Once he had seeded the essence of his message into his disciples, he could then focus on his upcoming death and resurrection (see Matt. 16:13–21), leaving behind a small band of people who did go on to change the world with it. And this is why being an authentic disciple is so important to his mission. As I say in The Forgotten Ways, embodiment (the capacity to actually integrate and live out the teachings and message of Jesus) is critical to transmission (the capacity to transfer the message through relationships).1 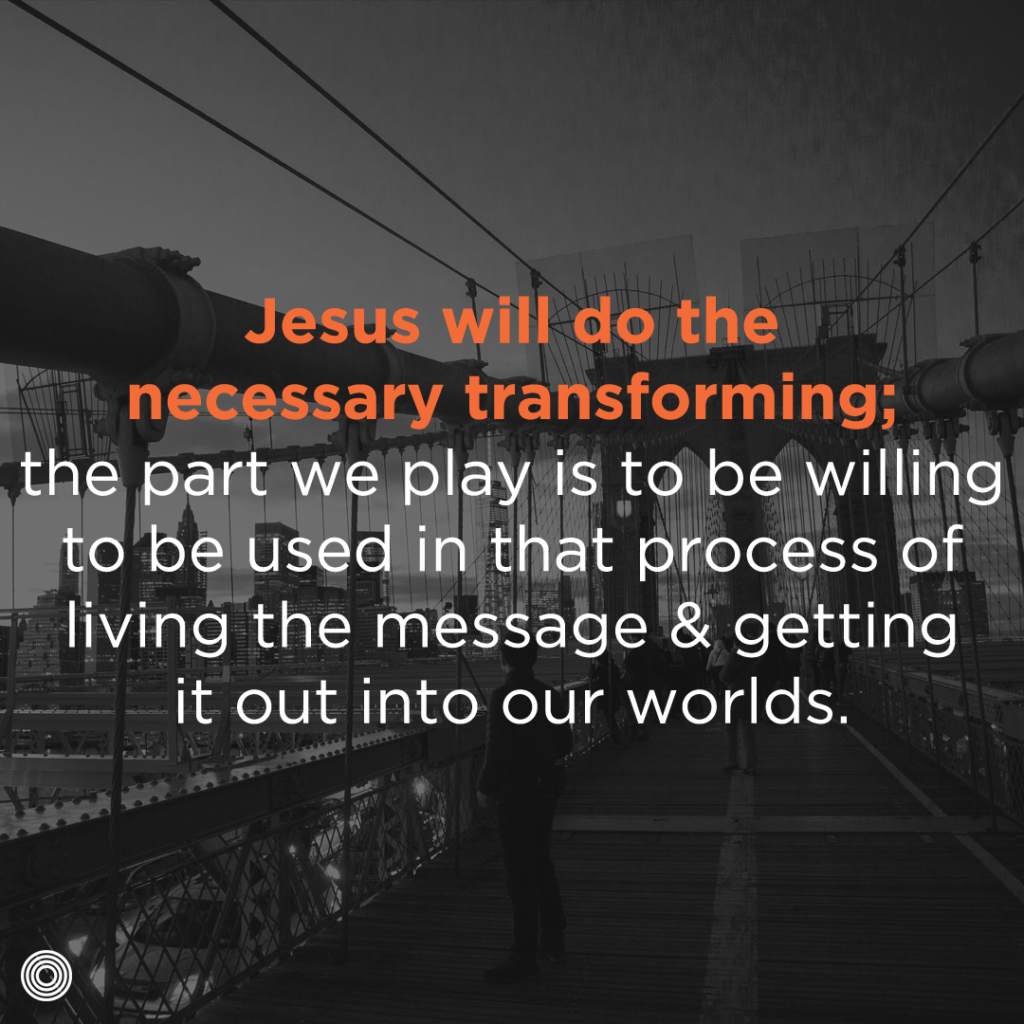 And in some ways, this is all that is still needed today: real disciples. Jesus will do the necessary transforming; the part we play is to BE WILLING to be used in that process of living the message and getting it out into our worlds. All it needed was people who were willing to be an authentic message tribe. Seth Godin, pop movement guru, rightly notes that creating a highly dedicated and closely knit tribe usually leads to much more impact than simply trying to make a tribe bigger. “Beyond public relations and awareness related benefits, measuring the breadth of spread of an idea is not as important as looking at the depth of commitment and interaction of true fans, who end up being the people who recruit most new members.”2

In short, what is needed from us is the willingness to move with the Move of God that is the gospel. We suggest a number of movements are needed on our behalf if we are indeed going to partake of the movement Jesus started. We have to be willing to

I will be unpacking each of these movements in upcoming series’ posts. For now, ask yourself this question: Are you willing to move?