Learning the Art Of Small

By Alan HirschAugust 3, 2016 No Comments 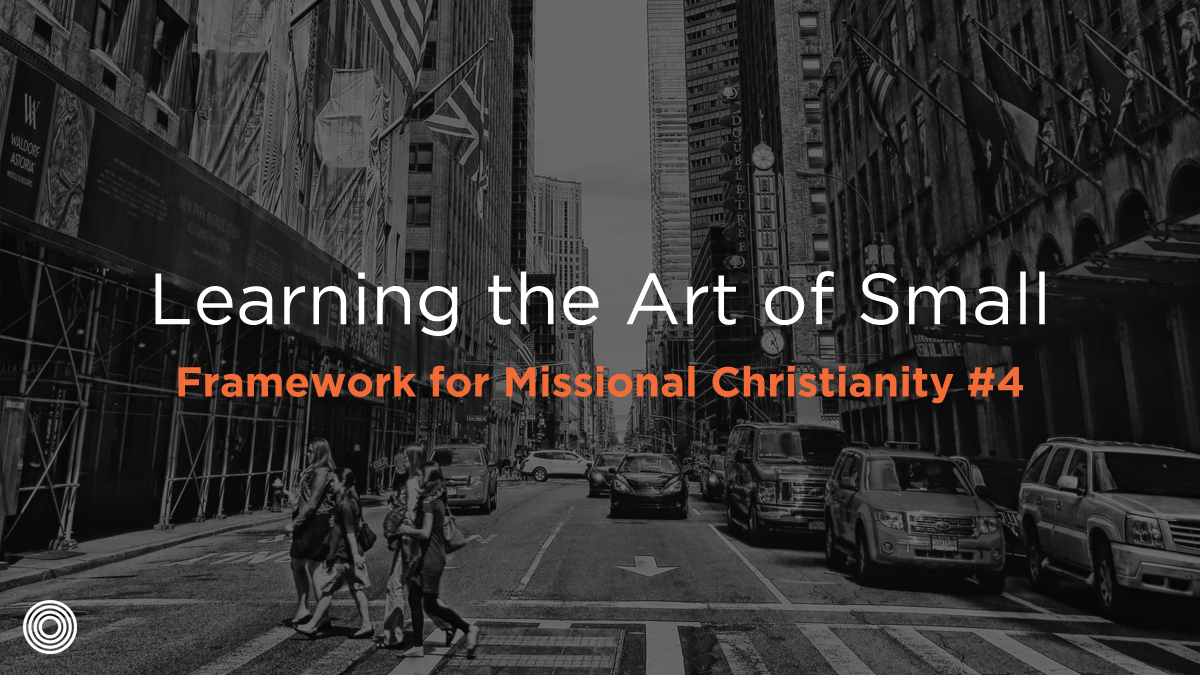 Every Christian is a missionary, and we are called to live out our commitment to Jesus’ lordship in every sphere and domain of life.

The first movement of mission required of us is the willingness to move out—simply to go to the people, wherever that might be. Movement by definition suggests some form of motion, some type of action; it might not be far, but the obligation is on us to go to them, not them to us.

We have already mentioned we are people who live under an obligation to extend the mission and meaning of Jesus into our world. The way I framed this in The Forgotten Ways was that it’s not so much that the church has a mission but that the mission has a church. This means we really are the result of God’s missionary activity in the world: God sends (missio) his Son into the world.

Another way of saying this is that God is the Sending God and the Son is the Sent One. The Father and Son in turn “send” the Spirit into the world (so it turns out the Spirit is a missionary too). And what is more, Jesus says that as the Father sent him, so He sends and commissions each of us as fully empowered missional agents of the King (John 17:18; 20:21; Matt. 28:19).

Every Christian is a missionary, and we are called to live out our commitment to Jesus’ lordship in every sphere and domain of life. Church life, as we normally conceive it, is only one dimension of life, and all of us inhabit many other realms that make up our lives. What marks Christianity as distinct? It is truly a people movement: Every believer (and not just some presumed religious elite) is an agent of the kingdom and is called to bring God’s influence into all the realms of human existence. Just look to our New Testament for this! Because the Holy Spirit lives in us and we are all bearers of the gospel message, we are all agents of the King right here, right now, and at any time and in any place. 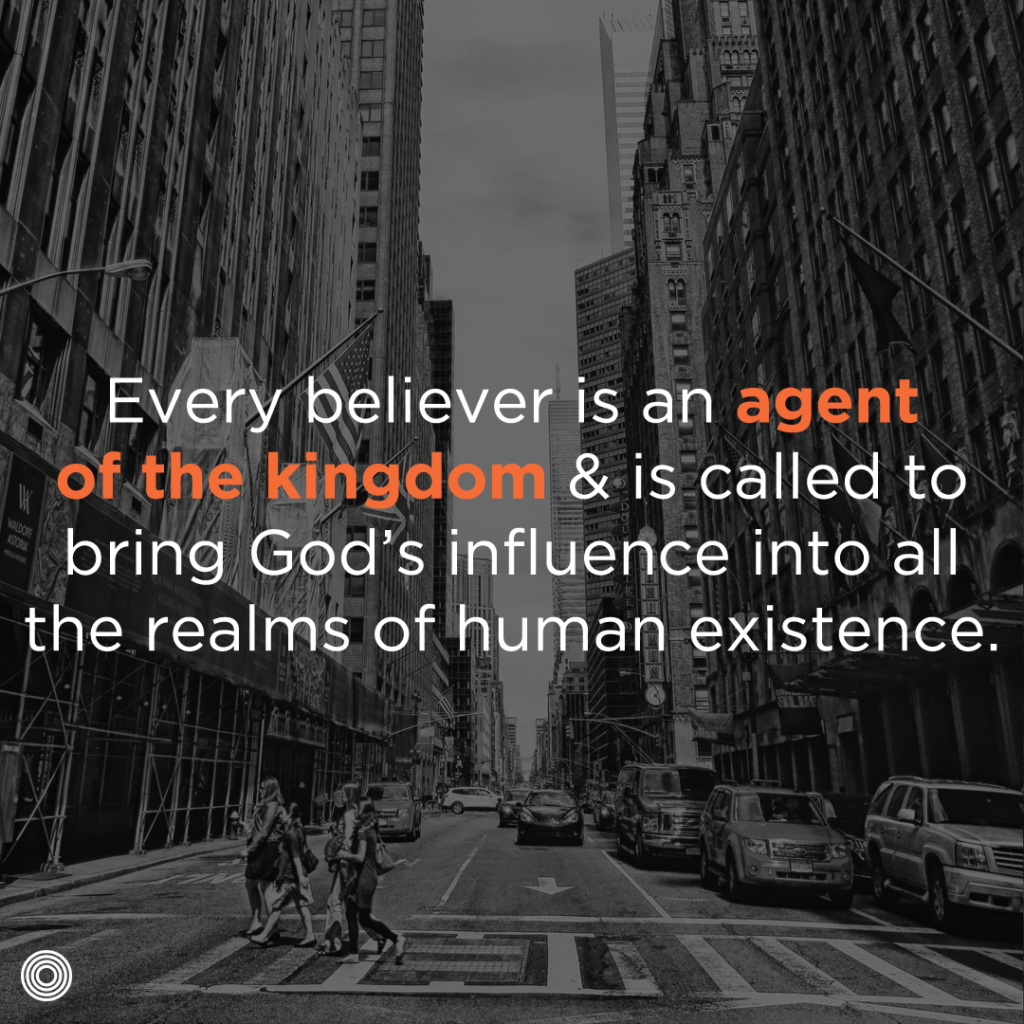 My wife, Deb, has this wonderfully humbling thing to say about men and missional church. She says we men tend to talk and write about it while most women just tend to do it. She follows up with a quick second blow by saying, “After all is said and done, it’s all about learning to love other people as Jesus did, isn’t it?” Even though I find this argument exasperating, I really have to agree.

Learning the art of the small 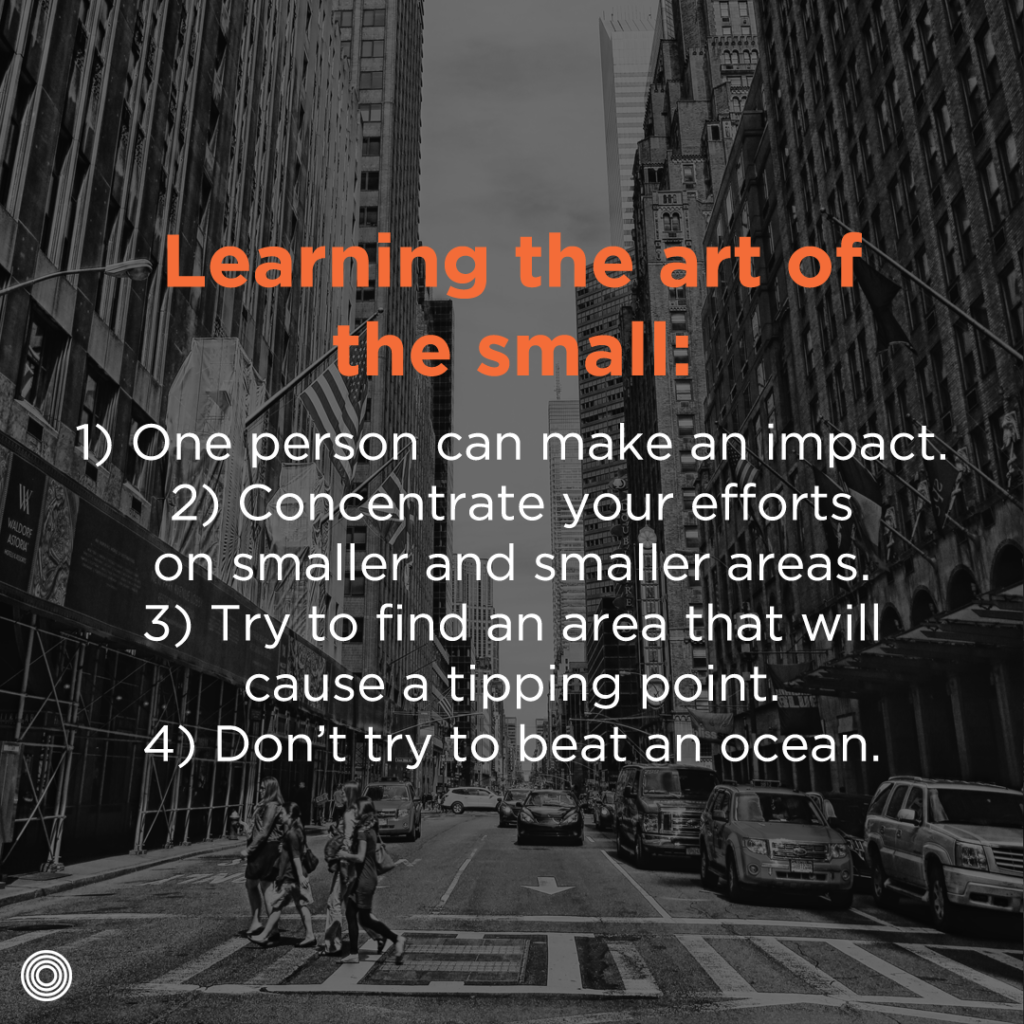 For most of us, what will be required to engage in missional Christianity is simply to reach out beyond our fears and ignorance of others, to overcome our middle-class penchant for safety, to take a risk and get involved in what God is already doing in our cities and neighborhoods. It’s not a science really, although as we will see, cultural elements are sometimes tricky to deal with. It is all about love. Just read 1 John again to remind yourself of this.

One of the most significant things to remember in getting missional is often the thing we most overlook. It’s not all about starting grand programs and running big organizations. It is just doing what you do . . . for God. The basic elements of missionality are already present in your life. It might develop into an organization (e.g., Tom’s Shoes, Laundry Love), but it probably should not start there.

There are many ways we can simply use the basic constituents of life and make them an act of worship to God and service to his world. Sometimes simple gestures make all the difference. Don’t be overwhelmed. Certainly prepare yourself in prayer and study of the gospel and culture, but trust that God will use you as you are—He has always done so.

You don’t need a degree to be a very effective agent of the King. A saint is merely a person who makes it easier for others to believe in God. Mother Teresa (of all people!) once famously quipped, “I don’t do big things. I do small things with big love.”

We are not required to do a great thing in life, but many, many small things, each done with love.