By Alan HirschSeptember 14, 2016 No Comments 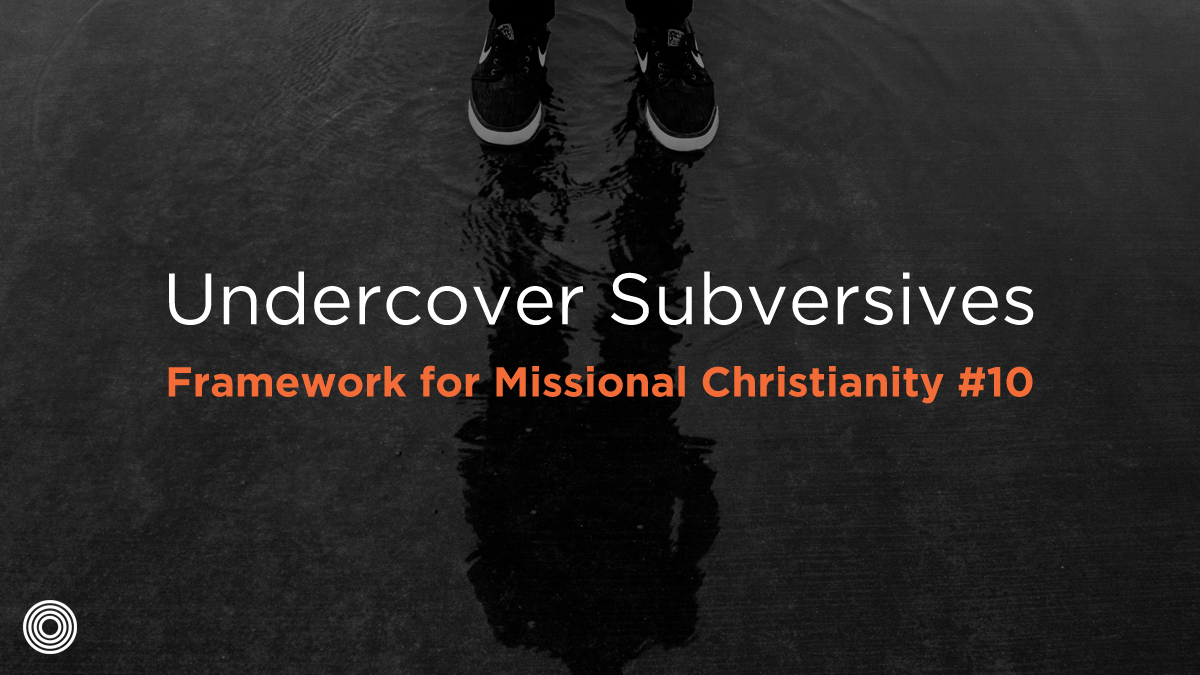 The kingdom works covertly to undermine the way things are now and to initiate God’s rule in its place.

Contrary to a narrow fundamentalist understanding of things, the gospel does not challenge or undermine everything in any given culture. Many good things are entirely consistent with a biblical understanding of society and life (for example, non-Christians who value speaking the truth, doing good to others, and living outwardly moral lives). Theologians have always called this common grace. These include aspects of culture that can be affirmed and deepened by coming into contact with the gospel of Jesus Christ.

However, there will be things in any culture (including our own) that jar against what Jesus teaches—aspects that are ungodly and dehumanizing. It is the missional Christian’s duty to be very discerning here because failure to recognize the deficiencies in our own culture means we will simply impose our culture (and sometimes not the gospel) on a people group or tribe. But when it comes to being missional right here and right now, sometimes we are simply going to have to issue a direct challenge to bring Good News into the tribe.

The truth is that we don’t always have to take issues head-on. Sometimes our role is to be undercover subversives. Yes, there are times when we need to be overt and verbal and confrontational, but perhaps not all that often. There is another deeply biblical way of going about bringing profound change in a society.

Jesus talked about the kingdom of God as being like yeast that leavens a whole lump without our direct influence. He talked about it being like a field where the farmer plants and waters, and it grows all by itself. In other words, the kingdom works covertly to undermine the way things are now and to initiate God’s rule in its place. Scholars call this aspect of Jesus’ teaching of the kingdom “the now and the not-yet.” Some people see it and respond. Others cannot see it at all. One day God will concentrate it all to a point and close the deal once and for all. But we can be sure the kingdom is here right now . . . active in the entire world, but especially through his people.

Many times in pastoral work, when we have brought someone to the Lord who was sleeping with his or her partner, we didn’t throw the rule book at him or her. Rather, we would introduce him or her to Jesus and trust that the couple would come to the right conclusions themselves. We would plant good seeds and water them, and voilà, the Holy Spirit would do his work.

The parables are classical tools of subversion. In The Shaping of Things to Come, Michael and I probe why Jesus never seems to answer a question directly. Sometimes He answers with a counter question. But most often He uses parables. A parable is not some cute little illustration to make things clear. In fact, Jesus says they are quite the opposite—they are puzzles that can really confuse the hearers (Matt. 13:1–23). They are not clear-cut, three-point sermons with good illustrations to boot. They are designed to provoke a search—a quest—in which the hearer is invited to fill in the blanks for themselves. And clearly they are subversive because some get it and some miss the point. Some like what they hear and others hate it. 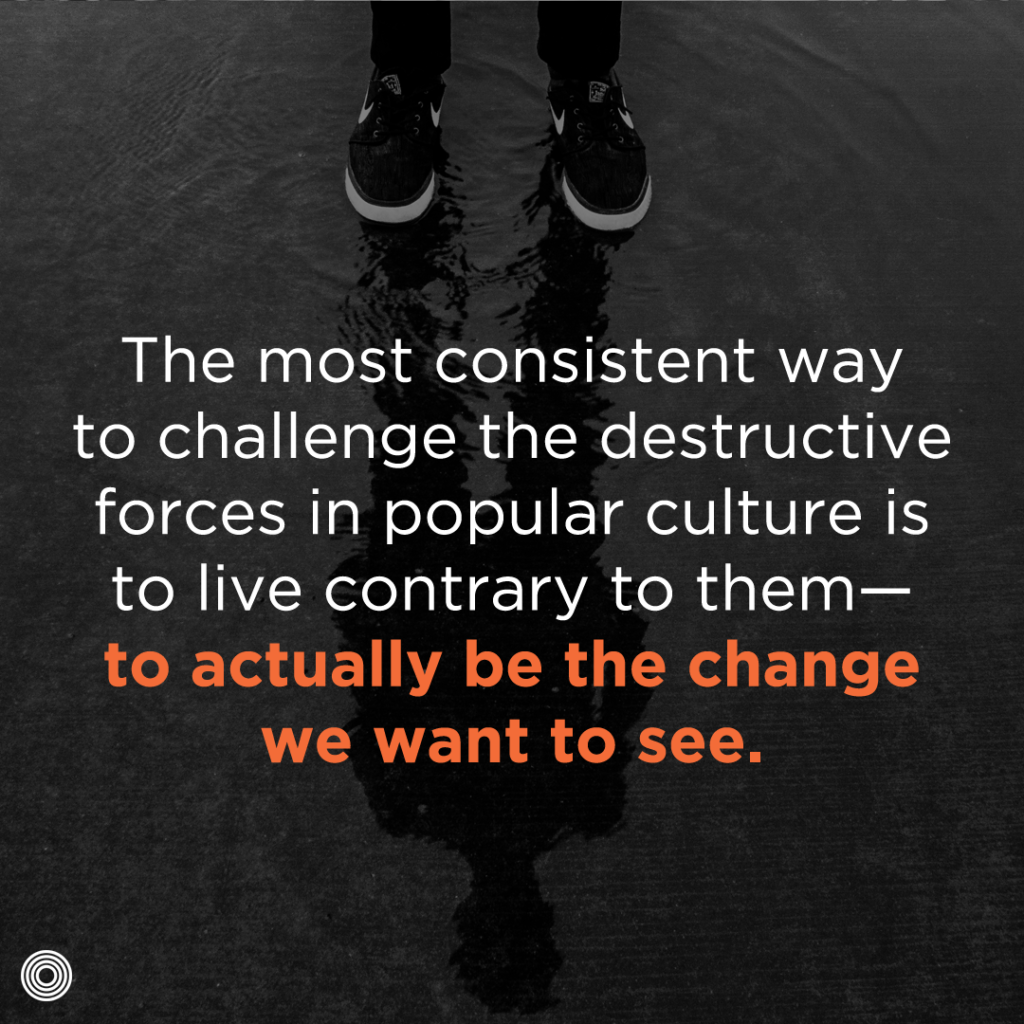 The most consistent way to challenge the destructive forces in popular culture is to live contrary to them—actually to be the change we want to see. In a world obsessed with consumerism, we choose to live more simply. In a world obsessed with social status and image, we choose to associate with poor, “invisible,” and uncool people and invite them into our lives. In a world obsessed with money, we choose to be very generous. In other words, without withdrawing ourselves from our tribe, we have to model what a Jesus alternative looks like to our tribe. They must see the gospel embodied in us, for in the end, the medium is the message. (See Untamed, section two, to explore ways in which we as disciples must challenge prevailing views of culture, and The Shaping of Things to Come, chapter nine, to explore how and why the medium is the message.)