Missional Lessons for the Holidays 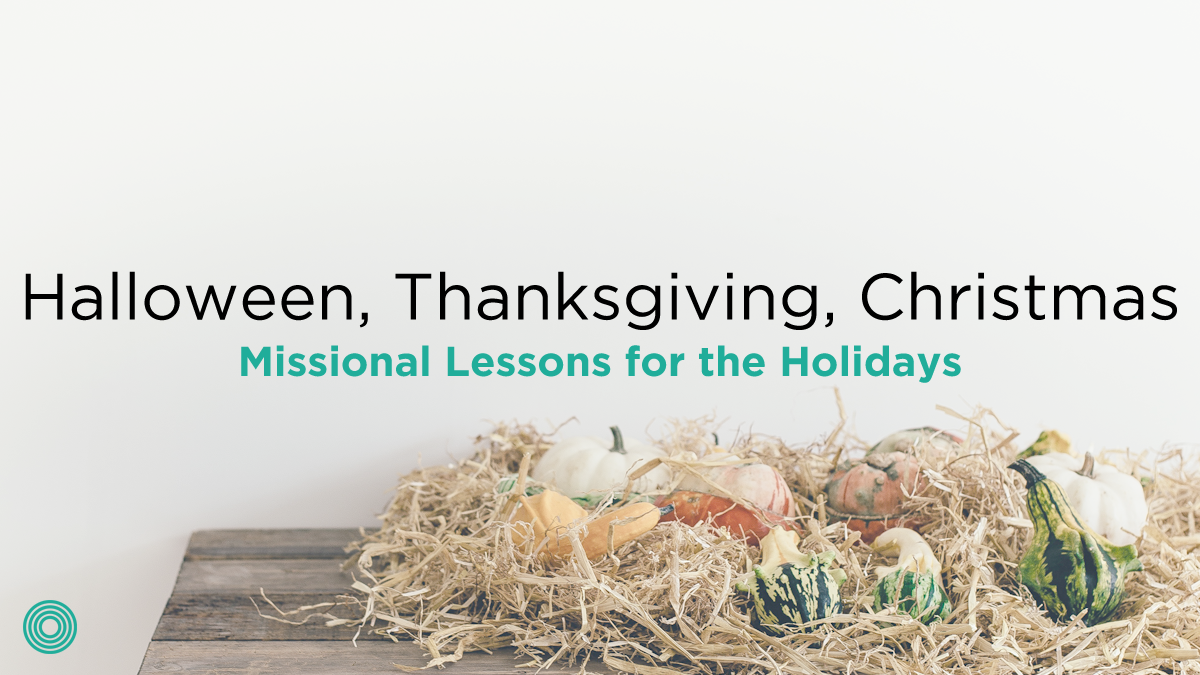 Cultural celebrations are not man-made institutions.

Like much of God’s creation, holidays can be—and have been—distorted for all sorts of less-than-holy purposes. But what if “Santa” really isn’t an anagram for “Satan”? What if we can we redeem this holiday season and use it for God’s work?

Seen throughout the Old Testament (most clearly in Leviticus 23), God commanded His people to pause several times each year, simply to feast and celebrate. Here are far-too-brief summaries of Old Testament Israel’s national holidays:

LESSONS FROM THE STORY OF ISRAEL

This is more than a bit of Jewish history. Each feast foreshadows God’s work in Jesus’ death and resurrection. These celebrations were celebrated by Jews for centuries and by Jesus Himself. And they inform our own celebrations:

First, Leviticus shows that God instituted intentional celebration into the annual rhythm of His people. God’s people ceased from work and partied. They cooked meat—a luxury in those days—and enjoyed good drink. They made music, relaxed, and played together. They laughed and grieved together. Celebrations are right and good.

Celebrations also cut to the heart of mission: God’s people didn’t celebrate by themselves. They included those around them—even people with different beliefs. Consider this instruction: “You shall rejoice in your feast, you and your son and your daughter, your male servant and your female servant, the Levite, the sojourner, the fatherless, and the widow who are within your towns.” This idea echoes through the Old Testament Law. “Sojourners” were foreigners in Israel who joined the feasts; “servants” from various nations celebrated with God’s people. “Strangers” and “aliens” weren’t Israelites but joined their events.

A final Levitical lesson is that people, events, and even milestones themselves were never the focus of Israel’s celebrations. Israel celebrated one thing in many ways throughout each year: God. They didn’t celebrate grain; they celebrated the Giver of that grain. They didn’t celebrate their power over Pharaoh; they had no such power! They celebrated God’s power. These lessons combine to show us not only that not-yet-believers were invited to Israel’s feasts; they observed—and in ways, even participated—as God’s people celebrated God, on days God created for just that occasion.

If Israel—geographically set apart from the rest of the world—publicly celebrated God in the midst of strangers, foreigners, and sojourners, there’s hope for us as we consider holidays. Jesus probably wasn’t born on December 25, and God didn’t invent Halloween or Thanksgiving. But these and other annual days have been carved into our culture, to cease work, celebrate, and engage others. Gifts abound in December, giving us an easy chance to surprise coworkers and classmates with cookies or a brief note. The world still rings in the New Year with gatherings and far more pomp than Israel’s trumpet blast.

Instead of celebrating this Christmas season, New Year’s Eve, and other occasions alone or with just-Christian friends—instead of creating “Christian” versions of special events already happening in our city and neighborhood—let’s celebrate these occasions on mission. Let’s display the gospel through generosity, grace, conversation, and joy. Let’s declare the gospel through stories, toasts, and prayers. Sure, many cultural celebrations have long forgotten God. But we haven’t, and we’ve been sent to those who have. God is sovereign, even the fact that someone declared certain days holidays. God uses even the most broken things—and days—for His mission. How can we do the same?

What needs to be redeemed in your holiday celebrations this year? Plan to be intentional this year:

—Start a conversation in the Online Community and get ideas from other communities on mission
—Show this video at your next small group meeting and discuss together how to celebrate “missionally” with your family and community.

Ben Connelly is Director of Training for Saturate. After 19 years serving in local churches together, Ben and Jess now get to serve disciple-makers and planter couples across the world, as well as churches/ organizations with a desire for sending. They live in Fort Worth, TX with their three kids. Ben has written/contributed to several books, workbooks, articles, and publications, and has taught university and seminary classes. He serves as an elder in The City Church (Acts29/Soma), which he and Jess planted in 2009. Learn more: benconnelly.net