We Need Eyes to See What He’s Doing 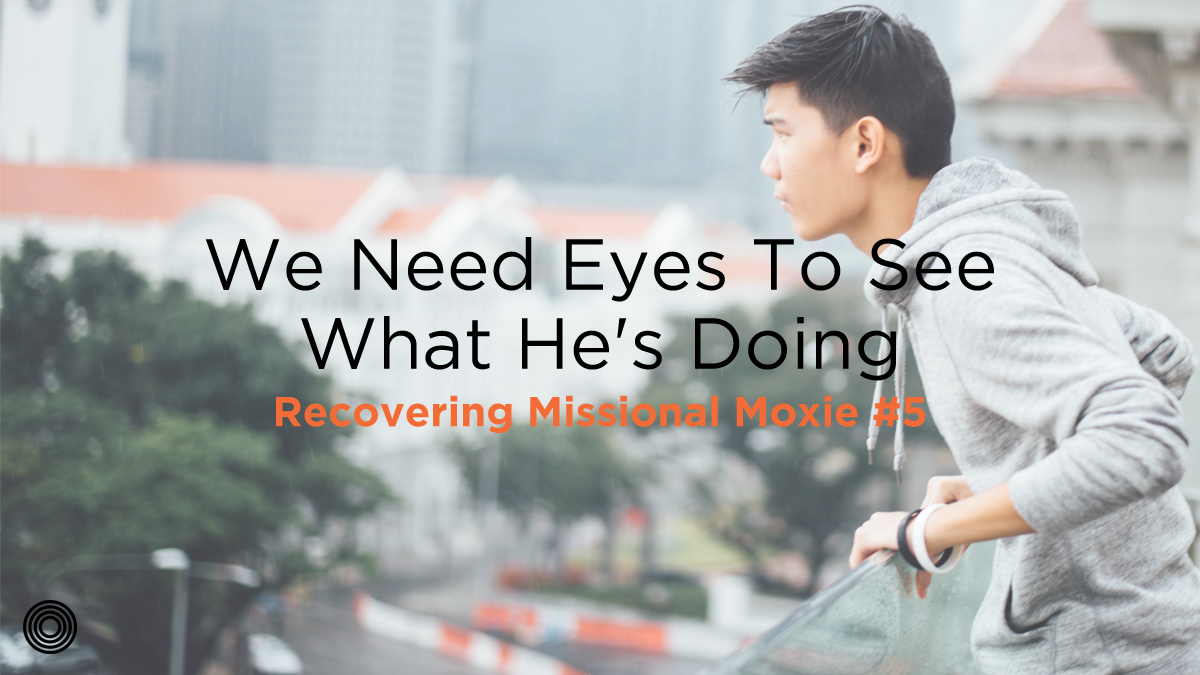 If we are to be effective agents of God’s kingdom in this world, we need to be freed to see His kingdom express itself everywhere and any place.

Here’s a biggie and one most believers seldom, if ever, stop to think about even in a lifetime. It goes something like this: We tend to identify the church so completely with the kingdom of God that we end up with what we might call ecclesiocrasy (rule by the church). If this sounds like a rather absurd notion (that the clergy once ruled the world), be assured it has dominated European understandings of the church for a long, long time. In fact, this dangerous error of category lies at the root of false ideas of the church. For instance, when the Roman Catholic Church talks about the pope as Christ’s vicar, they mean he is Jesus’ sole, authoritative representative and that Christ rules his world through the medium of the church, of which the pope is the unquestioned boss! I kid you not. As far as I am aware, this basic understanding of the doctrine of the church is still held by the Catholic Church.1

But we all continue to get the distinction between kingdom and church very wrong and with disastrous consequences. Let me suggest that the basic mistake here is to make a complete correlation of the church—the redeemed community of Jesus’ people—with God’s Kingdom—His active government or rule in the world.

Is the Kingdom of God simply to be equated with the church? I sincerely hope not. As much as I love the church and believe it is a nonnegotiable part of God’s plan, it is to King Jesus and not any human agency I must give my ultimate allegiance. The church is not simply the same as the Kingdom. The church is an expression of the Kingdom, perhaps even the most consistent expression of it, but the Kingdom (God’s active rule in and over His universe) is much larger than the church—in fact, it is cosmic in scope.

Reggie McNeal wisely suggests we need a Kingdom-shaped view of the church, not a church-shaped view of the Kingdom. In other words, as God’s people we must always assess ourselves in the light of God’s active rule in the world and not the other way around. Theologian Richard Neuhaus is right when he says,

Why all this church-Kingdom stuff? Well, because if we are to be effective agents of God’s Kingdom in this world, we need to be freed to see His Kingdom express itself everywhere and anyplace—as indeed it does. God turns up in places where we might least expect to see Him, but we need the eyes to see what He is doing if we are going to join Him in the redemption of the world. A complete association of the kingdom with the church locks up God’s activity and links it exclusively to organized church activities such as Sunday school, communal worship services, and the like. As wonderful and necessary as these are to Christian community, the diminished view of the kingdom that results from this will never get us beyond the four walls of the church so we might fulfill our mission of discipling the nations. 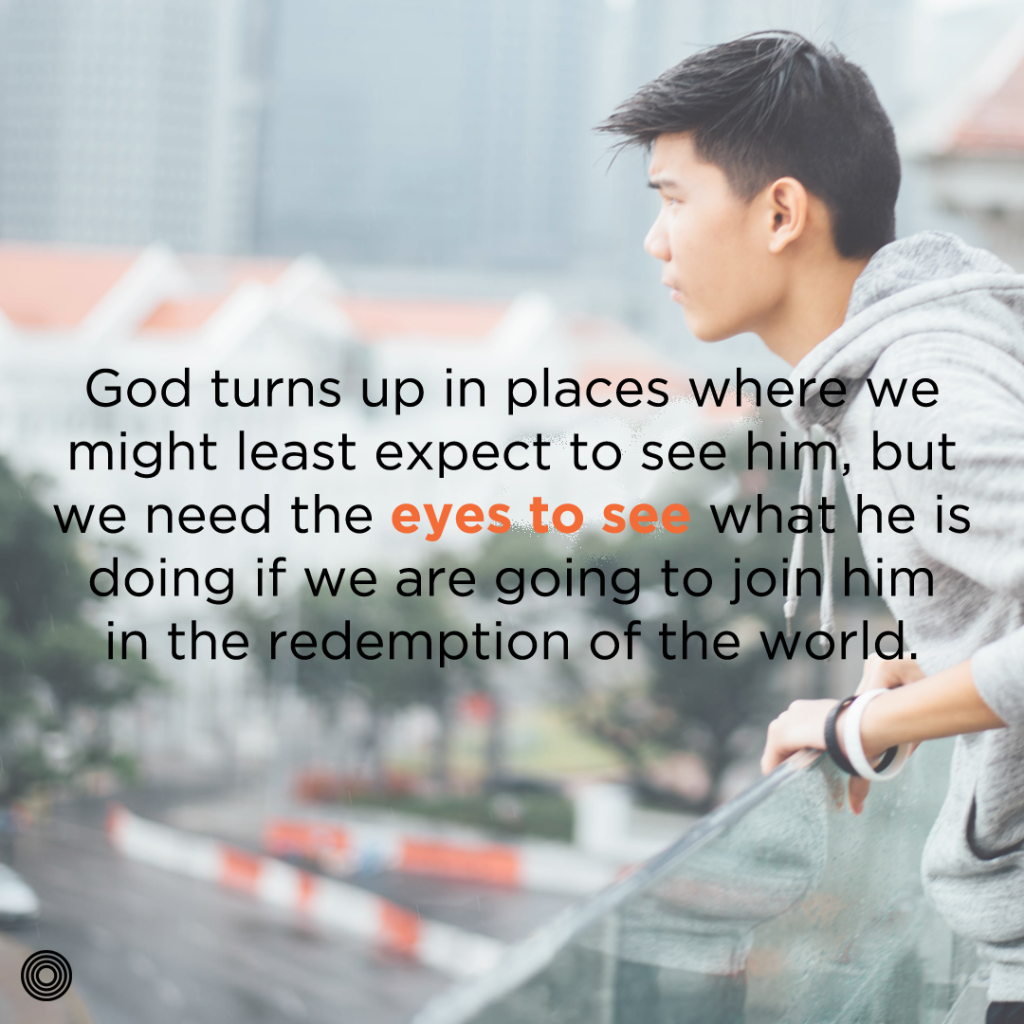 The Kingdom of God can’t be institutionalized in this way. To the contrary, it challenges all these idolatrous attempts to control it—be it churchly and otherwise! Besides, it’s not about simply getting more church-based services up to scratch; it is going to take the whole body of Christ as a fluid, dynamic, witnessing agency, active in every possible arena of life, to bring the gospel of God’s love into his world. This, in fact, goes to the heart of our mission in the world.

How do you train your eyes to see what God is doing in His Kingdom?