Understanding the Heart of God 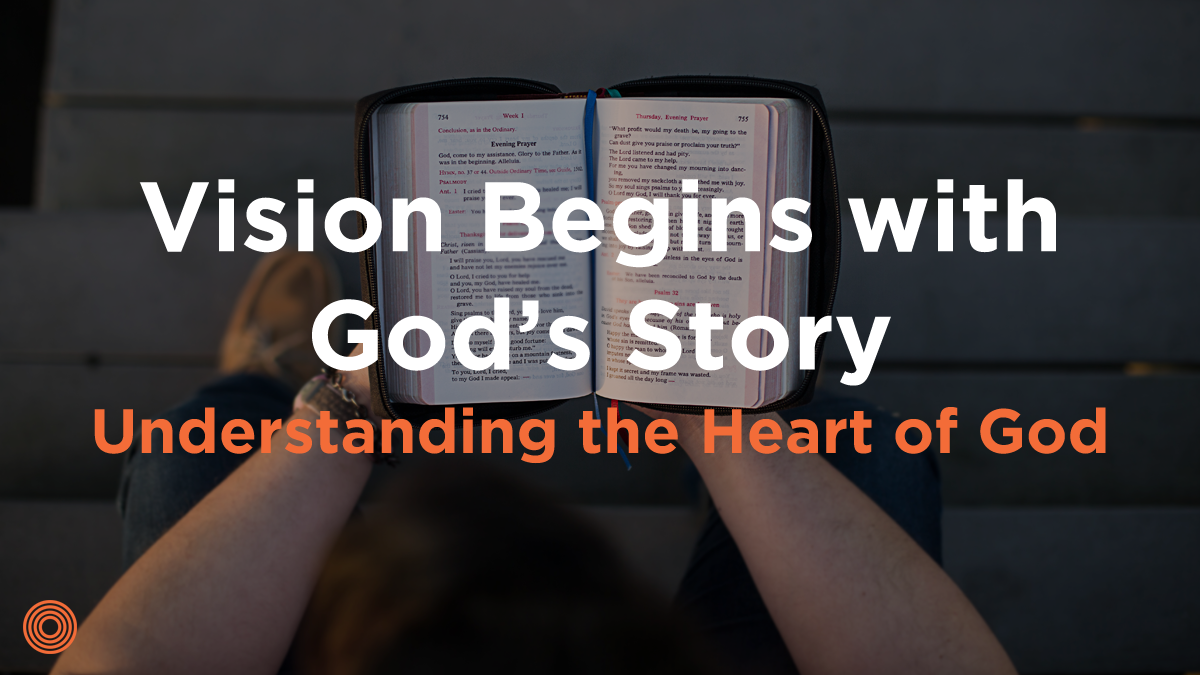 Each year after the NFL season ends, two things happen.

First, a champion emerges. Second, all the other teams evaluate themselves based on what made the champions successful. Whether they won due to a defensive-minded team, or had a fast-paced offense, the other teams will work to mimic whatever made them successful. We do the same in ministry. We live in a time where we watch our “champions” and mimic them hoping to get their results.

God had a different plan. Instead of using Israel’s top fighter, God used David, the shepherd kid. God used the one who wasn’t even suited up for battle, the untrained one. As David prepared for battle, King Saul offered him his personal armor. Instead, David chooses to fight with a simple slingshot and five smooth stones. David defeated Goliath and Israel defeated the Philistines. In this story, God demonstrates that success is not determined by strategy but in faithfulness to Him.

Have you ever wondered, what would have happened if David had taken Saul’s armor? What if he went out there trying to copy Israel’s champion, King Saul? He probably would not have been successful because his confidence would have been in Saul’s armor. David chose to trust God’s sovereignty and fought the way God had gifted him.

A vision from burden begins with God’s story. God’s vision is about redemption that brings reconciliation. From the very beginning, God works to restore and reconcile man back to Himself. God’s story, the message of Scripture, is the good news that we are rightly reconciled back to God. 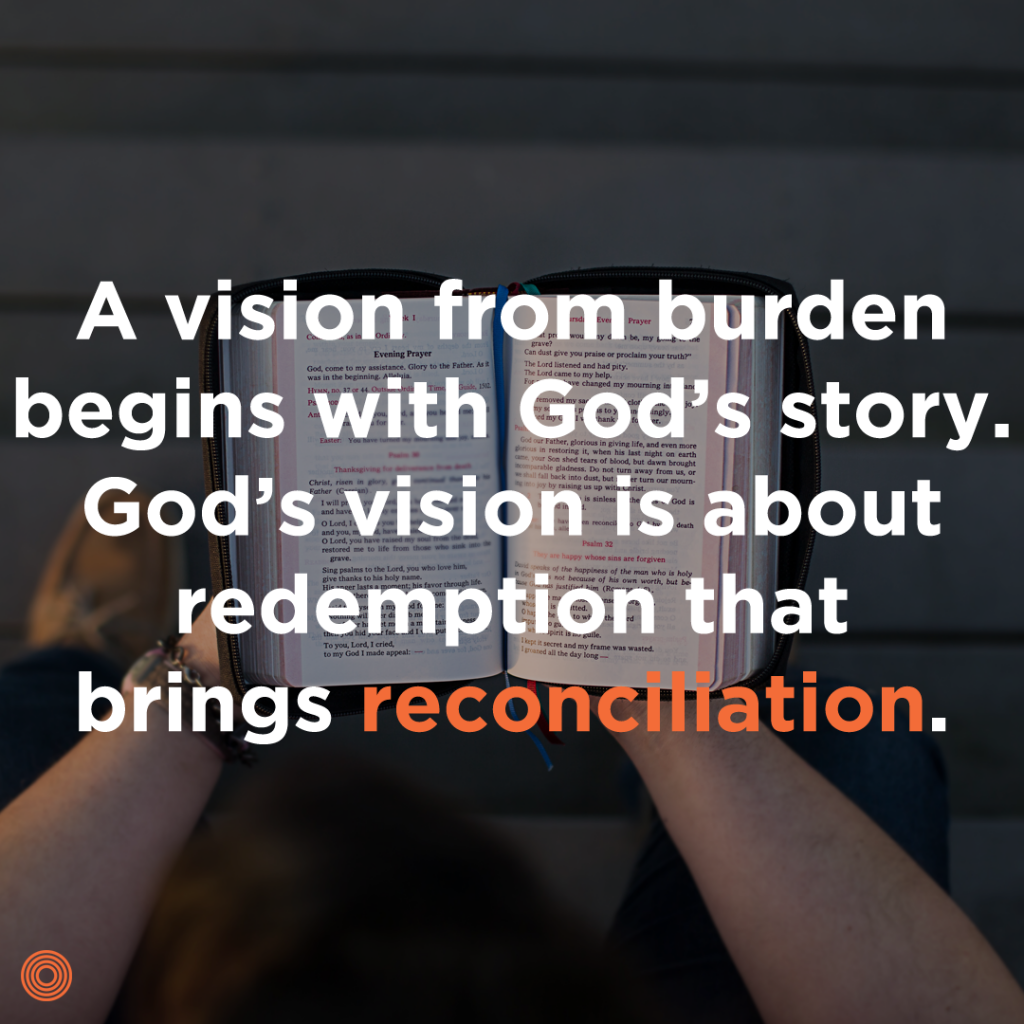 Even though we once regarded Christ according to the flesh, we regard Him thus no longer. Therefore, if anyone is in Christ, he is a new creation. The old has passed away; behold, the new has come.

God has given us the ministry of reconciliation. And now, we are His ambassadors and the message we proclaim is “be reconciled.” If as leaders, we do not understand God’s story as a beginning point, we are in danger of crafting a vision that does not lead to God’s desired outcomes. This is why we must study the story of God—to understand the heart of God. However, it’s not enough. We must also know our own story.

In 2007, I had a life-shaping meeting with a man named John Bryson (JB). He knew me—he knew my heart for discipleship. He knew I had led a college ministry since I had gotten to the University of North Texas in 1996. He knew my passion for the urban context. He also knew something I was not aware of at the time—God had a bigger plan for my life than I was aiming to accomplish. My aim was to stay in Denton, a small college city in Texas, raise my family and disciple students on the college campus. JB saw God using this season to prepare me but not the end destination. John challenged, “Go! Start a church in any urban city and be a hub for others to come for discipleship and then be sent out to start more churches.”

On December 15, 2007, I made a commitment with twenty-five others to move to Atlanta, Georgia, to plant Blueprint Church. That initial conversation served as a catalyst for me to do some soul-searching with the Lord. I knew that I had entrepreneurial passions but I didn’t want church planting to be something I did on an impulsive whim.

So I began to look back over the last fifteen years. I tried to recall all the ways I had seen God’s providence in my life. And from that, I developed a list of things I knew God had specifically burdened me to do. As I looked at the list and considered Bryson’s challenge, the details of my story became clearer.

If you are going to distinguish your part in God’s story, you first have to do the work of understanding God’s story—redemption that brings reconciliation through Jesus Christ. You also must be intimately aware of your own story, His providence in the details of your life that forms the burdens and passions within your heart. If as leaders we do not understand our personal story, we are in danger of being like David trying to wear Saul’s armor.

This blog was an adaption from Dhati Lewis’ book Among Wolves. The book also explores intersecting “Our Story” and “The City’s Story”. Check out Among Wolves to discover how to develop a holistic vision from burden.

How is God calling you to a vision from burden?

Dhati Lewis is lead pastor and church planter of Blueprint Church and president of Send Network with the North American Mission Board. He is most passionate about making disciples, equipping urban leaders and loving his family. On any given day you might find Dhati coaching his kids in basketball or strategizing on a whiteboard. Dhati is married to his best friend, Angie, and they live in Atlanta, Georgia with their children and church family. He is the author of both the Bible studies and books, Among Wolves: Disciple-Making in the City and Advocates: The Narrow Path to Racial Reconciliation.