Existing for Our Mission Fields 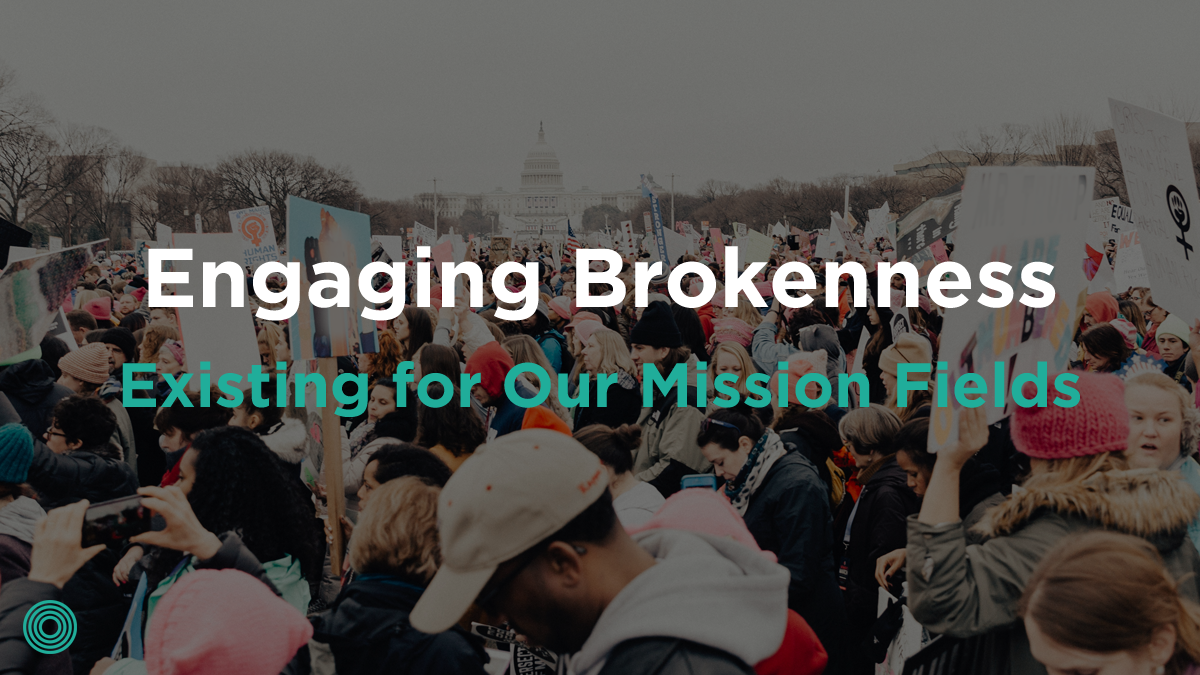 Maybe culturally accepted religious practice and the “return to Judeo-Christian values” many yearn for have done more harm than good to people’s pursuit of true holiness and understanding of the life of following Jesus.

Peter writes the following to Christians living in a society that did not regard Christianity any more highly than our own does:

“Beloved, I urge you as sojourners and exiles to abstain from the passions of the flesh, which wage war against your soul. Keep your conduct among the Gentiles honorable, so that when they speak against you as evildoers, they may see your good deeds and glorify God on m the day of visitation.” – 1 Peter 2:11–12

Peter’s imagery is poignant. Every Christian is a “sojourner” and “exile.” We live in a land not our own; our language, culture, goals, motives, and hopes are different than the inhabitants of this land. As ministers, we are the leaders of these sojourners and exiles modeling and helping God’s people live out their faith in this foreign land. Peter tells us how to model that well; on one hand, we “abstain from the passions of the flesh.” We do this by fighting sin and for holiness. For ministers, we lead others in the same. On the other hand, we don’t do this by hiding away from the world where God has sent us. Instead, God’s people live out our faith “among the Gentiles”—the first-century word for “not God’s people”! That means we display our true hope in Jesus and declare the gospel in the midst of that society that doesn’t believe in either, and for ministers, we lead others in the same.

Several years ago, I attended a conference session called “For the City.” The presenters—a local church pastor and a non-profit leader who partnered with that church—described four different postures that ministries and leaders often take toward their mission field.

The world around us is broken. Sin and disbelief in God run rampant. Idols seem to be erected every day. Rather than run from the souls God put us in the midst of, rather then give up our convictions and live like the culture around us, and rather than apathy toward the brokenness we see, we must lead our people to engage it—no matter how hard.

The US Supreme Court’s 2015 ruling for same-sex marriage prompted an outcry from conservative American Christians. This may be overstated, but the theme of the mourning and anger (against both God and man) seemed to be that there had never been anything as evil or reprobate anywhere on earth or at any point in history.

Canadian pastor Carey Nieuwhof responded to the American outcry with a blog post outlining five poignant perspectives from ministering in one of the twenty-plus nations where similar laws had already been passed. His words are a helpful case study as we consider answering the needs that exist in our culture today:

Nieuwhof says in his opening, “Even the first 72 hours of social media reaction [since the decision was publicized] has driven a deeper wedge between Christian leaders and the LGBT community Jesus loves (yes, Jesus died for the world because he loves it).”

I mention the 2015 decision and Nieuwhof’s response, not because of the issue itself, but for two reasons. First, it’s simply one example among many of our shifting culture. Second, it contrasts typical responses that ministers—and Christians in general—can have with some examples of thoughtful, biblical truths. Jesus’ followers need to be reminded of these as we learn to wrestle with our status as “sojourners and exiles” in a land not our own. Similar truths are needed for every issue, sin, and struggle—in our own lives and in society.

The response to an increasingly-pluralistic culture isn’t to retreat; it’s to advance. Christians are light into the darkness, ministers of reconciliation, humble servants of God and man, lovers of neighbors and enemies, and priests who declare the excellencies of Jesus to the world around us. Ministers must lead others to live as if that’s all true.

POINTING OUR CULTURE TO THE ONE TRUE ANSWER

May I close this by musing a bit? Maybe Christianity truly is losing a cultural war. But maybe—just maybe—we have the wrong view altogether, and the realities of a shifting culture are awakening a giant who’s been sleeping since the days of Constantine. Maybe Christendom actually cheapened the true faith and life Christians are called to live. Maybe Christian values were never intended to thrive as an interwoven reality with government. Maybe culturally-accepted religious practice and the “return to Judeo-Christian values” many yearn for have done more harm than good to people’s pursuit of true holiness and understanding of the life of following Jesus.

The second chapter of Peter’s first letter—right after Peter charges Christians to live out their faith in the midst of people who disregarded and even hated them—specifically tells us that part of this counter-cultural life is submitting to the authority of “every human institution, whether it be to the emperor or to governors [or even] to your masters”—even when they’re “unjust” (2:13–18). First Peter 3 tells us that a Christian view of marriage is different than that of a pleasure-seeking world, who pursues its own definition and expression of beauty and self-fulfillment (3:1–7). The rest of Peter’s letter explains that Christians will suffer, for our views and our lives look different than those around us. We’ll be rejected, persecuted, and hated by the very people among whom God calls us to live out our faith.

The truth of Peter’s words—to Christians then and now—is that Christians are free to follow human authorities because our hope lies in One True Authority. We can hold a biblical view of marriage because we realize it reflects something far greater than ourselves. We can suffer well, even for the sake of others, because we know we follow a true King who suffered on our behalf! 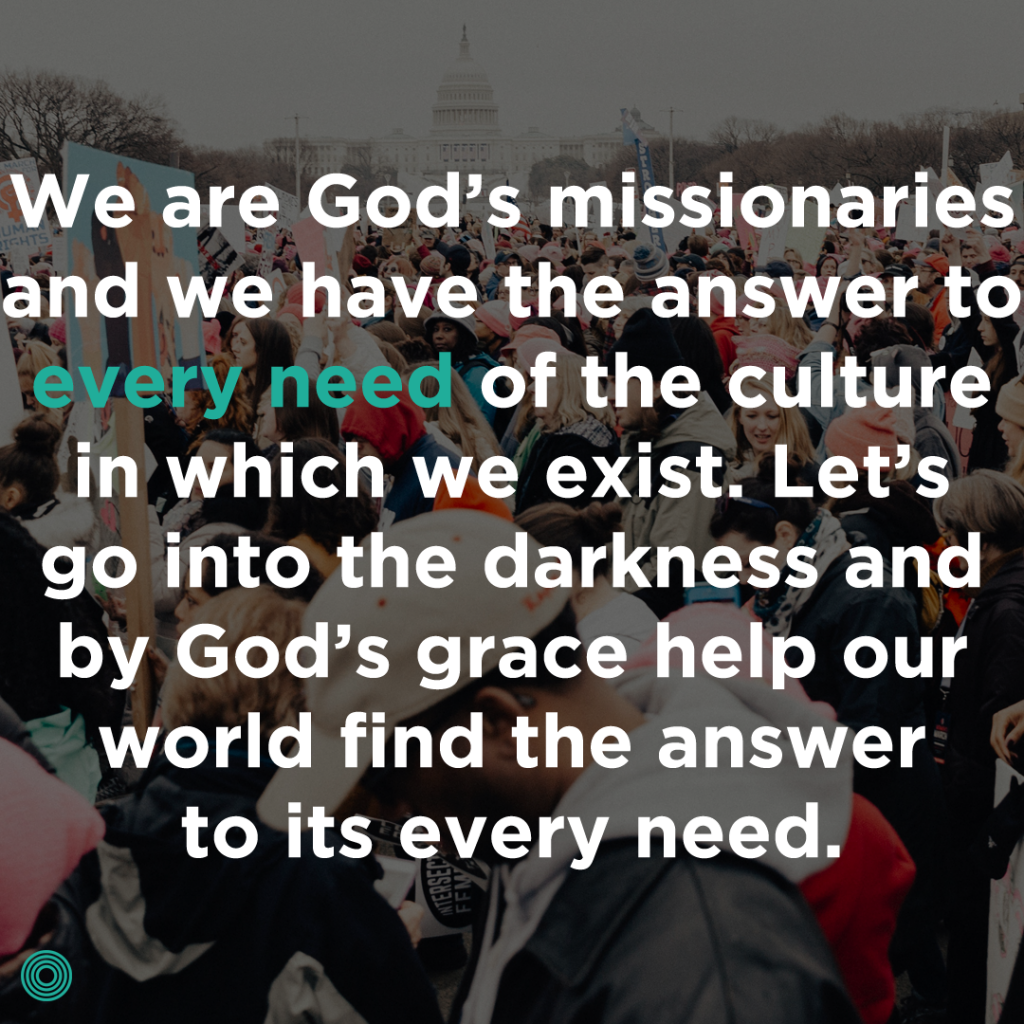 “What’s the world coming to?!” It’s coming to the same place as always, but rarely known: a desperate need for Jesus. While that need may have seemed hidden, subtle, or buried during Christendom’s reign over our culture, the need is becoming more and more clear (if it isn’t already). Who are we, ministers? We are God’s missionaries, and we have the answer to every need of the culture in which we exist. Let’s go into the darkness and by God’s grace help our world find the answer to its every need.

How do you approach living counter-culturally in today’s culture?

Ben Connelly is a pastor, author, equipper, and occasional professor. He is honored to serve everyday disciples, ministry leaders, and church planters across the world through The Equipping Group, and to help lead Salt+Light Community and Plant Fort Worth in Fort Worth, TX.