Christ-Followers Who Equip and Empower Others

By Amy LathropAugust 8, 2017 No Comments 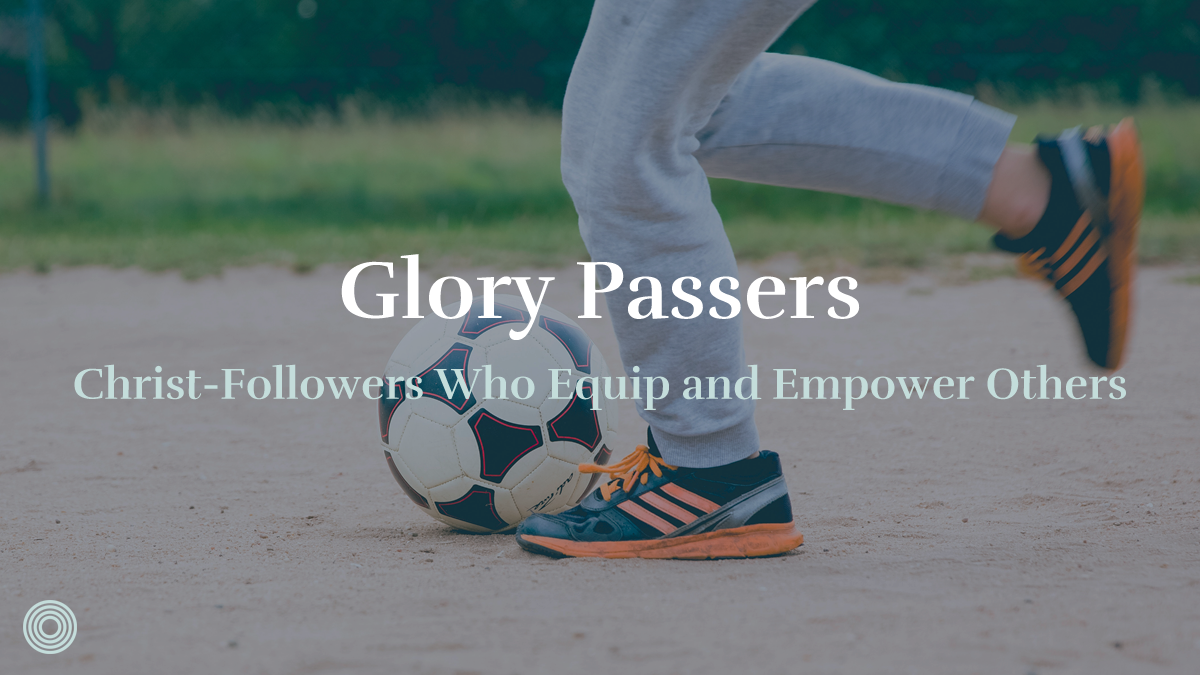 A few Saturdays ago I was standing on the sidelines, coaching our U10 soccer team. Standing is probably the wrong word; I was moving up and down the sidelines encouraging and instructing our players. The game was played in a steady rain. We were down 4-0 at the half, and I knew that if I were to prepare these rec league players for their future pro career (pun intended), it was go-time now; it was do or die.

My co-coach suggested we stack our midfield. I mean, we were down 4-0. What did we have to lose? So I did, and we came back to tie it 4-4. It was awesome seeing a bunch of rain-soaked 10-year-olds dig in, play together, and grind back to tie the game. During that four-goal stretch one of our players scored three of the goals. Were you not paying attention to all the dynamics on the field, at the end of the game people probably would have been talking about that player in particular, and he probably would have received the glory for the comeback.

What some may not have noticed though is that one of those goals in particular would not have been possible without a beautiful crossing pass that set the player up to score. 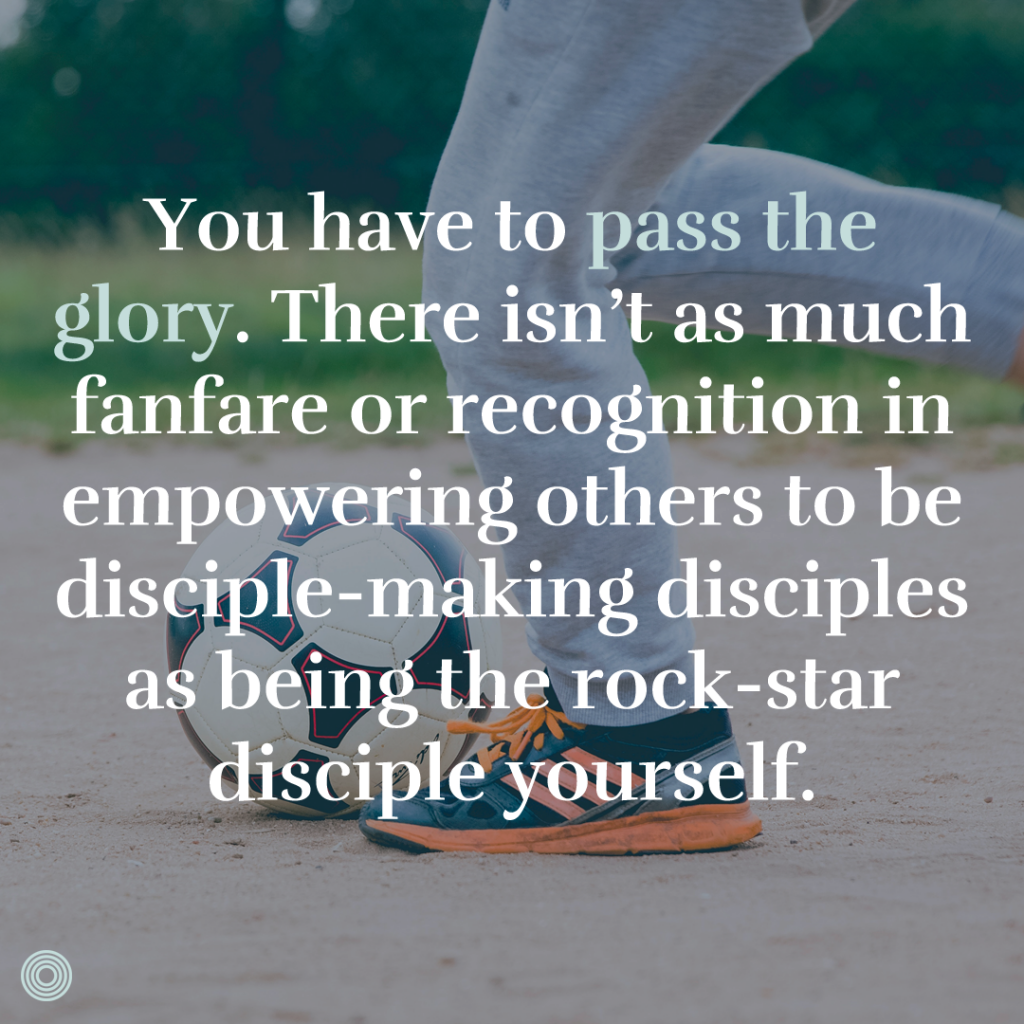 John 16 talks about the Holy Spirit coming in Jesus’ absence and the Spirit glorifying Jesus; Jesus, too, seems to be tasked with glorifying God the Father, only doing what the Father tells Him. It’s as if the Godhead is onto something—passing the glory. Jesus has sent us the perfect crossing pass to be disciple-making disciples, to be Christ-followers who equip and empower others: Himself. Christ is in us. He is our hope of glory. He’s the only one truly glorious. He’s the reason we can be glory-passers rather than glory-keepers.

Where are you seeking to keep the glory rather than pass it?

How can remembering the glory of Jesus help you turn and pass the glory? 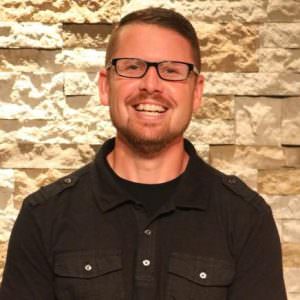 Ryan Latour serves as Site Pastor and Pastor of Missional Living at Kettlebrook Church, 45 minutes north of Milwaukee. Ryan enjoys discipling those who don’t yet follow Jesus alongside those who do and seeking to help both live all of life for Jesus. He also enjoys coaching his sons’ baseball and soccer teams, as well as hunting, fishing, hiking, and cheering the Vikings toward a Super Bowl win . . . someday. Ryan is husband to Libby and father to Myah and Benjamin.

Check out this podcast episode where David Achata and Brad Watson talk with Ryan Latour and Dan Bovenmyer about how Saturate coaching cohorts have impacted their lives, teams, and churches:

Amy serves as the Managing Director of Saturate. She oversees development and implementation of Saturate’s key initiatives, operations, events, and staff. Amy’s spirit of entrepreneurship has led to successful businesses in retail, catering and book publicity. She and her family live in Seattle. Connect with Amy on Instagram, @SprightlyAmyAnne.