The Call & The Confusion | Saturate
CoachingDiscipleshipLeadershipPastoring

The Call & The Confusion

The Secret to Leadership Development 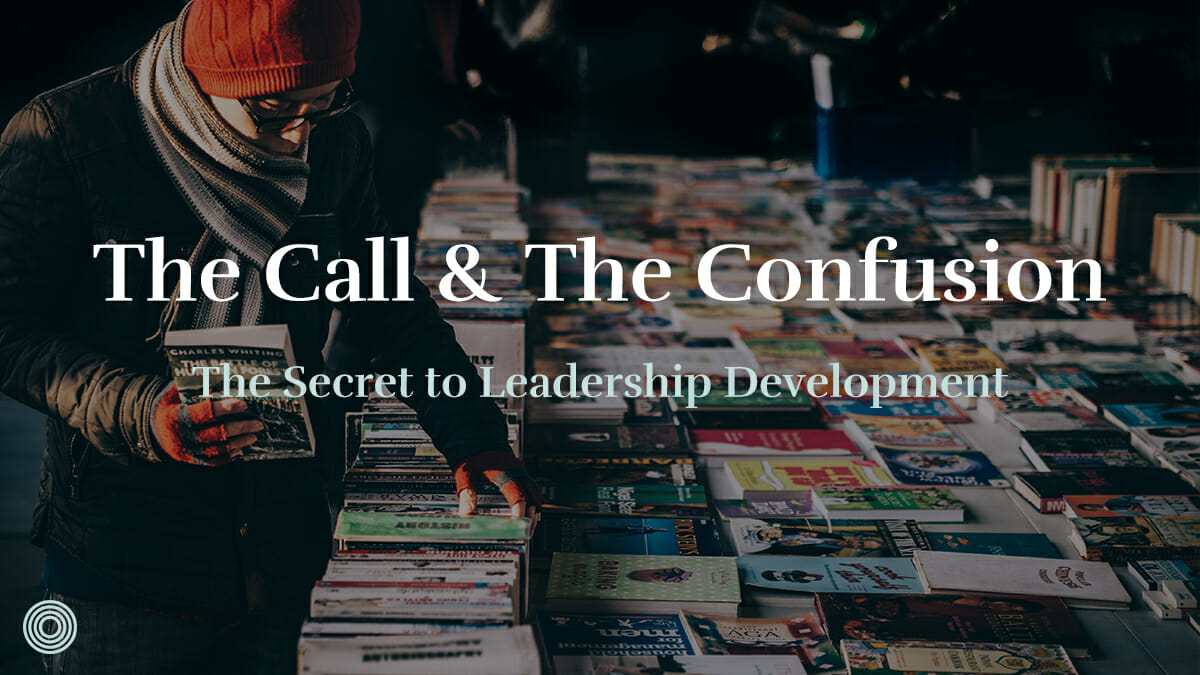 This is why the answer to helping others reach maturity isn’t more training, but more shared life. It’s in the sharing that we offer up our lives as Jesus offered up His life for us.

What if the key to great leadership wasn’t more strategy, but more story? What if helping others reach maturity wasn’t more training, but more shared life? Story and shared life were the ways Jesus made disciples. He rarely explained himself yet regularly invited others to follow. Maybe the reason modern leadership looks more like management is because we’re missing these components. After all, everyone wants to be part of a larger story, don’t you?

Much of my time is spent in the corporate environment. I can tell the difference between true leaders and managers. Leaders develop people, while managers are more concerned that people stay in line. It’s similar with the church. How do you know if you’re developing people? Easy. If you’d submit your life to them, trust them with your family, or your most important team, you’re probably on your way. But if you wouldn’t do those things, you might just be managing things.

In blog 1 & 2 of this series, I explained how God uses the wilderness to shape us, and how He displays His power to get the credit (Mark 1:12-45). In this blog, I want to unpack how Jesus developed people and why it’s good news for us today.

Jesus was a master storyteller. My mom used to share how, during the summers, she’d go to her grandparents farm in Salem, South Carolina in the late 1940’s & early 1950’s. After supper, they’d sit on the porch and tell stories. “It was before television,” she said, “and it was how we passed the time.” Jesus did that too. His leadership program involved lots of walking, probably around five miles a day, and His pace was slow. Along the way He’d tell stories to the crowds that gathered.

“A farmer went out to sow his seed. Some fell on bad soil and didn’t grow. Other seed fell on good soil and ended up reproducing well.” (Mark 4:1-9, my paraphrase) But Jesus’ conclusions weren’t always clear. Instead, He ended his stories in ways that either confused people or invited them to inquire further. The parable of the sower contains one such conclusion: “If you get it, you get it.” Why was Jesus so content with confusion? Are you?

How many times have you heard a sermon that went about 20 minutes too long or been in a meeting that seemed to never end? These may be indicators that we’re trying too hard. There’s something special about a person who lives their life and allows others in, allowing them to learn along the way. I know, we desperately want people to understand us. But we forget, ultimately, it’s God that makes things grow (1 Corinthians 3:7). Jesus didn’t waste his time unpacking everything for everyone. Instead, He told stories, let them do their magic, and let God do the rest. Mark 4 gives us a window in on a valuable lesson as to why Jesus taught like this.

“And when he was alone, those around him with the twelve asked him about the parables. And he said to them, ‘to you has been given the secret of the kingdom of God, but for those outside everything is in parables” so they’ll see but not see, and hear, but not hear… (Mark 4:10-11 & my paraphrase of verse 12)

Jesus added, “Do you not understand this parable? How then will you understand all the parables?” (Mark 4:13) In other words, there’s an insider group and an outsider group. Those on the inside understand something deeper, but those on the outside just hear a story. The parable of the sower is Jesus’ way of explaining that God’s invitation only works in receptive hearts. We’ve got to view the way we disciple and develop others through the lens of receptivity.

I’m not saying we shouldn’t train and strategize with those we lead. What I am saying is that we can’t assume that’s enough. A thorough reading of Scripture shows two foundational characteristics present in those who respond to God’s call: Humility and willingness.

From Genesis to Revelation. From Abraham to Moses. From David to the coming of Christ. Those whom God chooses to pour Himself into say the same type of thing Mary said when told she would give birth to the Messiah, “Behold, I am the servant of the Lord; let it be to me according to your word.” (Luke 1:39)

It makes perfect sense that Jesus would disciple the way He did. That’s how His Father did it. Survey Scripture and you’ll see a pattern: God often shows up, gives an invitation, and allows people to wrestle with it for a while. Hindsight reveals story after story of struggle, of wandering, of rebellion, and eventual redemption.

Sharing this kind of life together was how Jesus developed His disciples and even today, it’s how the best leaders develop the next generation. Struggle is good. It’s where things germinate and people figure out enduring lessons. You can’t get that in a class, but you can get it as you walk with others. 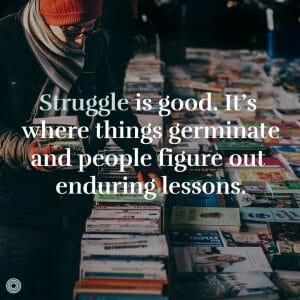 I spoke with a someone recently that was trying figure out why they weren’t developing new leaders. When he explained their processes, I was impressed. In fact, I haven’t ever talked to anyone who had things so dialed in. “Problem is,” I told him, “that’s not how leaders are developed. That’s how people get acclimated to your culture, but leaders want to be challenged, to practice things in real life, and to struggle.”

Developing leaders the way Jesus did must involve confusion. We’ve got to create environments for great coaching, where people have to own their plans, beliefs, or lack thereof. We have to hear their stories and questions, and they need to hear our stories, and wrestle with our questions. That’s how development happens, and it must be said here—real development is messy (which is probably why most people don’t do it).

If an organization looked like a bird, the torso would be its beliefs and most important goals. The way that organization would fly would be via it’s two wings—training and development. Most churches are relatively good at training. Whether it’s delivered via sermons or classes, most churches do that regularly. But development—that’s uncharted territory.

The reason people followed Jesus wasn’t because He trained them well. Instead, they followed because they knew that if they walked with Him, they would get challenged. This meant regular, systematic time where they watched Him and He watched them. Then they reflected, they learned, and they processed questions. And it changed His disciples’ lives.

I see in most organizations a great need to develop safe environments for people to express confusion and deal with pain. Again—this is how development happens. The bi-product is people who know how to deal with questions and hard things so that when something really major happens, they aren’t devastated. Rather, they are strong, wise, and they step up to contribute their best instead of holding back because of fear.

For everyday disciples, who could you take a walk with this week? Ask them some questions about their discipleship walk, help them grow. For leaders, how are you doing with creating environments for development? I can’t stress it enough – this is the other wing of your organization. If you don’t have it, it’s only a matter of time before you go into a tailspin. One-winged birds do that.

The good news of Jesus is that He didn’t come to be served, but to serve by offering His life (Matt. 20:28). We usually apply that to His death. But doesn’t it apply to His life also? He offered His life to change people. His living, His eating, His walking, and His teaching. All of it.

This is why the answer to helping others reach maturity isn’t more training, but more shared life. It’s in the sharing that we offer up our lives as Jesus offered up His life for us. How wonderful. Are you not sure how to create environments like this? Reach out for some help. It’ll make all the difference. 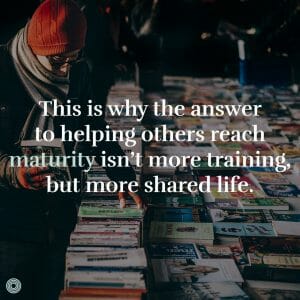 Who could you take a walk with this week?

David serves in many arenas. He works as a leadership development coach in the corporate world, serves as the Director of Coaching for Saturate, and is helping plant Kairos Church in Ooltewah, Tennessee. He and his wife Amy are both working on their first books. You can read more about their adventures on his personal blog at Going Without Knowing.