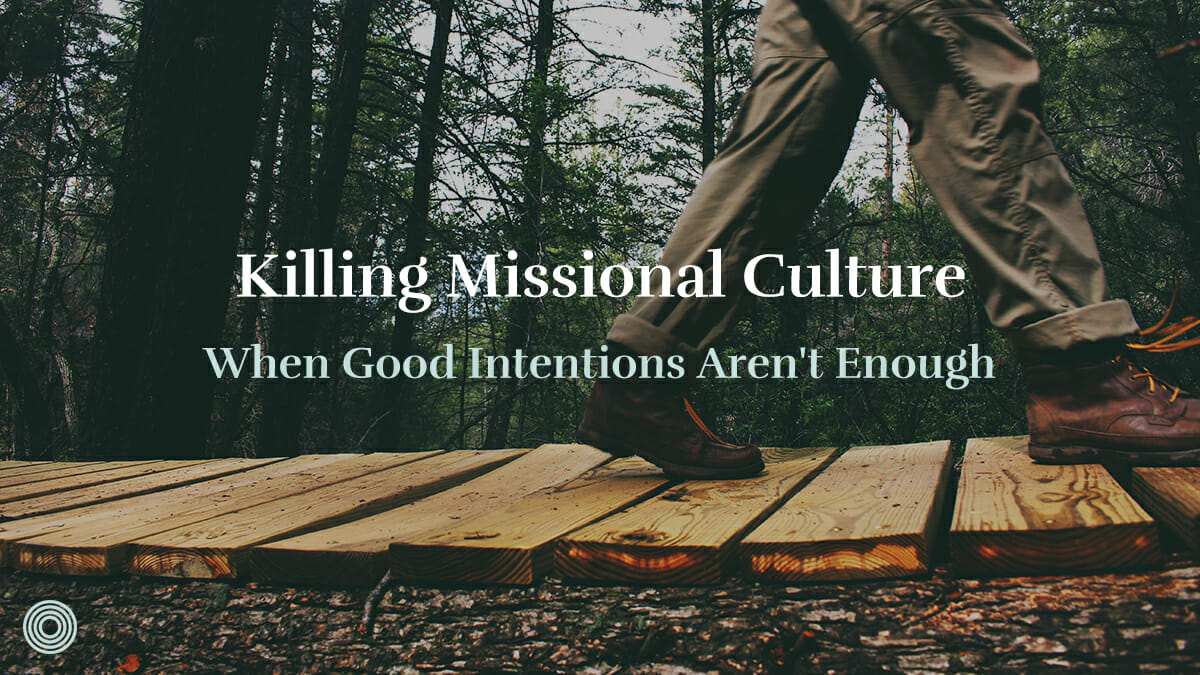 We had the best of intentions, but had some pretty poor results.  In our zeal for movement, we did some serious damage to the people God had entrusted us with.

I have been a part of The Austin Stone for almost 10 years.  I came to The Stone as an attender in graduate school, and have grown up with the church.  I’ve basically gotten to watch as the church was born, became a child, and over the last few years has for lack of better words, kind of gone through puberty.  We’ve got some pimples and our voice was cracking, but thanks be to God that we’re moving past that stage as a church.

Rather than present our polished vision, values and practices, I want to take a little different tack – I want to candidly talk about putting these ideas into practice in a real church.  More specifically, I want to be completely honest with you about our failures at The Austin Stone.

Before we do that though, I want to remind you what unifies each of us who lead in the church.  I always face the temptation to focus on what makes my ministry different.  You’ve probably already heard plenty of missional ideas. You may be excited, you might be evaluating what you’ve heard, or you may even be defensive.

But all of us want the same thing: we all want people to receive the gospel and follow Jesus.

Each of us has been saved by grace through faith in Christ, receiving the gift of God. Each of us simply want others to know, love, and experience the hope that we have in Christ. Every one of us is trying to make disciples of Jesus. Anyone who has ever tried to make a disciple knows that mistakes come with the territory. So I’m going to be transparent with you.

The Story of The Stone

In order to understand our failures, you’ll need to know some of our story.

Matt Carter planted The Austin Stone almost 11 years ago with two overwhelming desires.  First, he wanted build a church on the foundation of the Scriptures, not necessarily a model.  Second, he wanted to plant a church where the only explanation for what happened was Jesus.  In Matt’s wildest dreams, he never thought we would be where we are today.

When it came to strategy, to be honest, we were pretty clueless.  All we ever really wanted is for people to see Jesus for who he is and what he has done, and to help our church tell our city about him.  We knew we had a really great preacher and a great worship leader.  That’s about all we knew.

To be honest, though, the idea of “missional” couldn’t have been farther from our brains.  I actually don’t think it had even been invented at that point.  But good stuff was happening so we were pretty thrilled.

Like just about every other church that grows, we built the things that churches were supposed to build.  We had a small group ministry, were training leaders, we were going to build a facility and were continuing to grow like crazy.

And that’s when we met this guy named Stew. 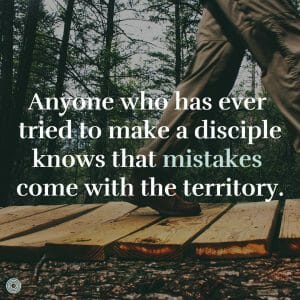 I remember visiting our new pastor in his apartment down on South First Street in Austin.  I knew something was a little off with this guy when I was greeted at his door by his son Wesley Grant who wasn’t wearing pants. I felt like I stepped out of Austin into the third world. Stew was a minimalist, so there wasn’t much in there.

After getting some pants on Wesley Grant, we sat down to eat a meal together.  Over some tacos, I listened to Stew’s story of seeing how the gospel was rapidly expanding in places like India and China, and listened to his dreams for the church to become a “movement”. I can say I had two primary thoughts:

Stew brought a fresh and exciting vision and strategy to The Austin Stone.  He knew our conviction to be a church committed to the Bible, and led us repeatedly through the book of Acts, and light bulbs started going off.  We had to become a movement, not just a great church.

Many people leading in the American church are in that place now.  Almost all of us dream of seeing our church look like the church in the book of Acts.

That idea of movement was pretty far off though.  I think the biggest realization was that we were well on our way to repeating the cycle of almost every American church:

But we wanted more.

Stew and the Holy Spirit caused a great deal of unrest in our team – we wanted to be like the church in Acts, but didn’t have a clue what to do.  So we started talking with different people.

We hung out with Alan Hirsch and tried to digest his accent, white boards and big words. We met with Jeff Vanderstelt and learned about identities, rhythms and missional communities.  These friends challenged us – a very successful church – to consider what it would look like to think like missionaries.

We began to evaluate everything that we did in light of movements, and we got very excited about change.

So like a young bunch of idiots, we went for it.  Missional communities seemed awesome, so we told our whole church “GO AND DO”.  We cast compelling vision, created some VERY intense curriculum, and then hosted a few trainings because we were such experts. Then we set people loose.

We lowered the bar for leadership, and invited many people to lead.  We had communities baptize people, and adopt causes in the inner city.

We bet the farm on this missional idea, and some great stories began to emerge.

After the rush of a new vision had worn off though, there were some indications that something wasn’t quite right.  Have you ever had a meeting with a leader in your church that makes you scratch your head?

I knew we had some problems when I had to confront a leader of a missional community because she had been casting demons out of the backs of some women in her group.  It turns out that she hadn’t opened her Bible in 9 years, and claimed to hear directly from God, and thought she was the son of God.

It turns out she wasn’t. Not even close.

We had lowered the bar for leadership, but I think we accidentally created something that resembled an “open bar”.

This story was simply evidence of a larger symptomatic problem.  We had rushed into creating a missional culture, but the results weren’t pretty.

After about 2 years, we checked our progress.  About 10% of our communities had taken the vision and run.  Most of this 10% was worn out, and some had even left the church because we “weren’t missional enough”.  About 60% of our people wanted to try missional community but were confused and frustrated. Then there was the final 30% that just did business as usual.

So let’s recap that:

We had the best of intentions, but had some pretty poor results.  In our zeal for movement, we did some serious damage to the people God had entrusted us with.  After a lot of reflection and humbling, here’s where we went wrong in our attempt to create a missional culture. 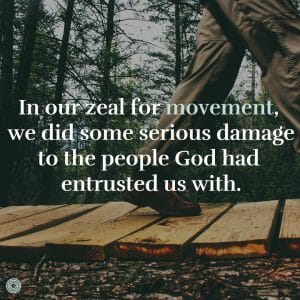 3 Ways We Killed a Missional Culture

As I’ve spent time with other churches who are processing the missional conversation, these three dangers are present for just about everyone.

I’ll unpack each of them in the next few posts, stay tuned!

When was the last time you stopped and asked if what you are doing is truly creating a missional culture?