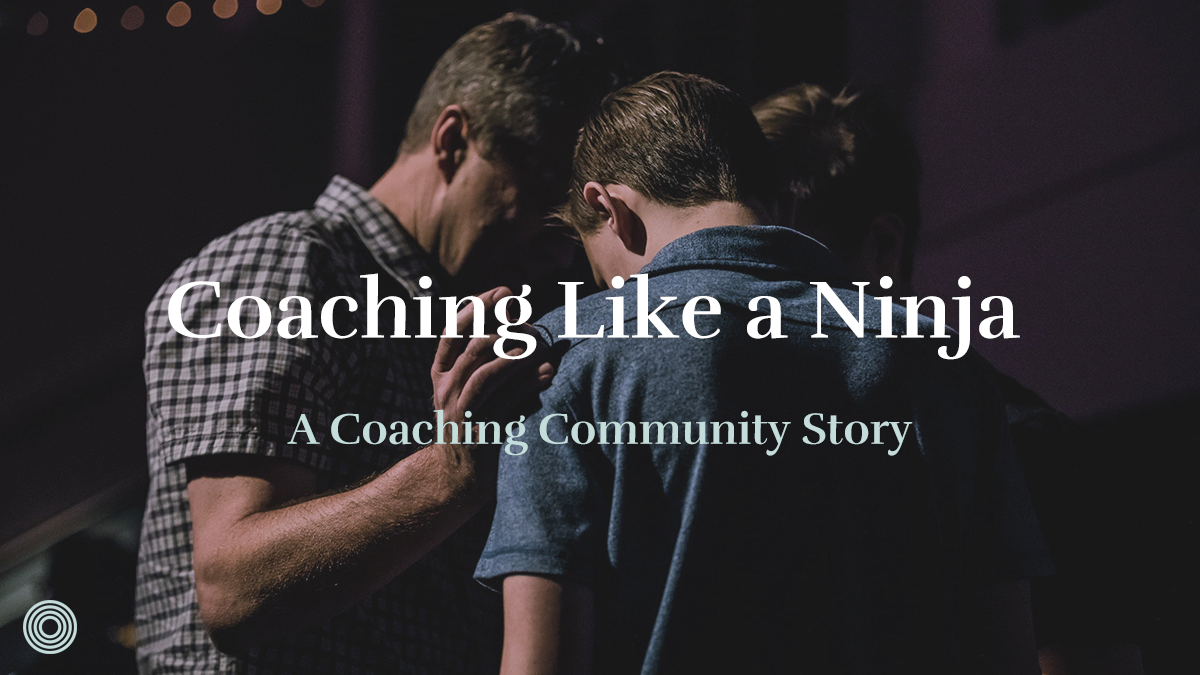 This is a guest post by Brian Mease. Brian is a husband and father of three, has been in Pastoral Ministry for over 15 years.  As a graduate of Liberty University and a seminary dropout, his truest ministry passion is to lead missional movements that will shape the future church.  He is presently the Lead Pastor of Landen Church, a collection of Missional Communities within the suburbs of Cincinnati. He is also a leader among a network of churches that believe in planting healthy congregations by being an incarnational presence within YMCAs.

Growing up, I was more of an artist and less of an athlete.  Nevertheless, I managed to spend a decent portion of my adolescence playing the sport of soccer where my greatest claim to fame was being awarded the Most Improved Player Award.  Which, I wish they would call it what it truly is: the “You Stink a Little Less Award.”

One of my fondest coaching memories occurred during these formative years.  Our team had a short, fiery, spanish-speaking coach, named Coach Albanese, whom we affectionately called “the Italian Stallion”.  Once, in an effort to boost the team’s confidence just before entering the state playoffs, he hired a black-belt karate instructor to lead us in an exercise of board breaking, Mr. Miyagi style.  When the entire team had completed the challenge, we began chanting for our coach to take his turn, “Stal-li-on! Stal-li-on! Stal-li-on!” Little prepared us for what our emboldened coach would do in that climactic moment.  There, in front of a battalion of adrenaline-flooded teenagers, the Italian Stallion released a war cry and proceeded to break a board over his forehead.

This formed my earliest picture of what it meant to be a coach.  Coaches are the ones who can break boards with their heads.

Fast forward to today, where my fledgling talents no longer find their expression on the field of soccer, but instead on the much trickier terrain of church planting.  I am the pastor of a budding church, made up of 5 Missional Communities that gather weekly in homes and together twice a month in a YMCA.

I once was told that you aren’t truly a church planter until you’ve had that moment where you’ve had to look in the mirror and genuinely ask yourself this question:  “Am I crazy?” While I had been warned that the rookie season of church planting would be difficult, I never imagined I’d be driven in my darker moments to question my own sanity and that many weeks would leave me feeling deflated, disoriented, and exhausted.

Enter into these moments my leadership coach, Aaron, who, armed not with a black-belt in karate, but instead, in question-asking, helped me to navigate the church planting terrain, in such a way that while I’d never call myself a flaming success, I can at least say that I might be worthy of receiving this year’s “You Stink a Little Less Award” if ever it existed.  Which I realize may not sound like a ringing endorsement for coaching, let alone for church planting. But, for those who have ever found themselves undone on the ministry field, this award is well worth its weight in gold.

Thus, my picture of what it means to be a coach has been reconstructed.  Coaches are the ones whom God uses to help church planters survive. 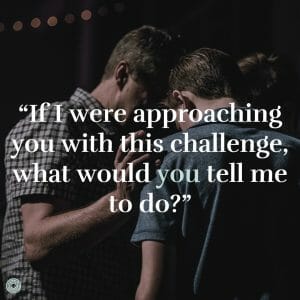 Take, for example, the events that transpired in one of my coaching sessions. My church was made up of four Missional Communities at the time.  One of them, to say the least, was hemorrhaging. Several families had exited the community; one family because they never felt loved like “family”, another, because their experience of “mission” had fallen far short of their expectations.  If a major aim of Missional Community is to live life like a “family on mission”, it seemed obvious that this particular group was struggling to live up to the notion in one way or another. And this was just the tip of the iceberg of challenges this group happened to be experiencing.

I headed into my coaching session with this reality weighing on my shoulders.  Coach Aaron, who is certainly not an Italian Stallion, although we do affectionately call him the Michigangster, confronted me with his usual barrage of questions, many of which I now find myself using with those whom I lead and coach:

“What would happen if things were to continue the way they are?”

“What options have you already considered to address this problem?”

“If I were approaching you with this challenge, what would you tell me to do?”

“What obstacles stand in the way of you being able to resolve this problem?”

While such questions may not seem like rocket science, in a world so devoid of question-askers, let alone trained listeners, this kind of inquisition is the church-planting equivalent of head-butting plywood until it is pulp.  Such questions have led me to not only hear the Holy Spirit’s voice, but to achieve a leadership clarity that would have likely been otherwise lost.

In this particular situation, God used these questions to help me discover that the best way to address this Missional Communities’ hemorrhaging was to resist the urge to insert myself as a rescue hero, and instead hand the leaders a tourniquet and some sutures.  This happened in the form of empowering and equipping them to take a more proactive, shepherd-like leadership of the group.

In a surprising turn of events, two new Missional Communities emerged from this bloody situation, both of which are achieving a sense of family and mission unlike anything they had experienced in the season before.

It seems certain to me that if I had tried to rescue the situation myself, which prior to coaching I might have done, not only would I have been likely to further open the community’s wound, but I probably would have emerged bleeding myself as well.  Instead, a new Family on Mission was born and I’m living to see another active day on the field of church planting.

Largely because of these kinds of positive coaching experiences, I’ve been called upon to help the burgeoning network of YMCA Churches, of which I am a part, lay the groundwork for a system that coaches church planters.  As a result, I will soon be entering the process of becoming a licensed coach myself.

When all is said and done, I hope to be the kind of coach whom God uses to help church planters survive.  And, who knows, maybe I’ll even go the extra mile and learn how to break boards with my head.

If you are a church planter who has been bloodied on the field, I challenge you to consider finding a coach who can help guide you along in your pastoral journey.  I promise, God will use the ninja-like good ones to help you survive.