When You're On a Larger Team - Saturate
ChurchCoachingLeadershipPastoringTransitioning

When You’re On a Larger Team 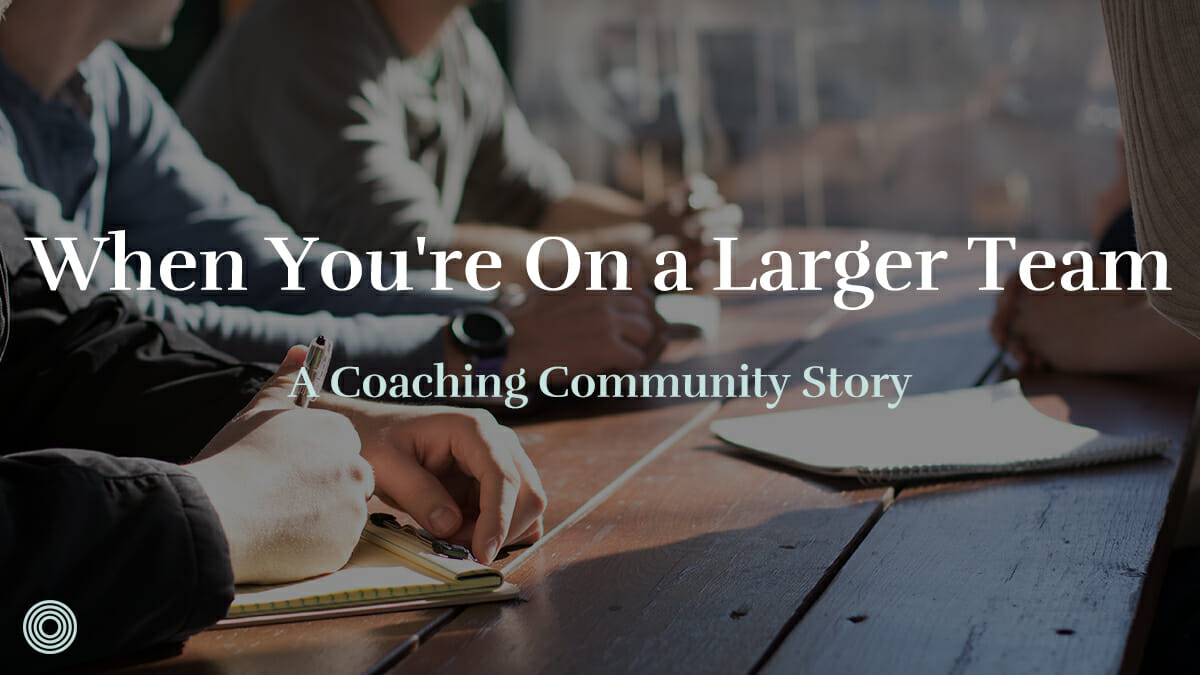 This is a guest post by Aaron Kampman. As a former NFL athlete,  Aaron has a lot of experience with coaching and its benefits.  From high school through the professional ranks, he has had a number of coaches in his life that have informed, challenged, encouraged and empowered him. The ability for a coach to assist a person in attaining new levels of performance and insight is the essence of effective coaching. With this understanding in place, a year ago Aaron found himself as part of a core team that was in the beginning stages of starting a new church in SE Iowa. Having never done this before, Aaron knew that receiving coaching would be very beneficial as they went through the early growth of starting a new church.

Our church’s mission is to be a group of people who are making disciples who make disciples in the everyday of life.  So to most effectively accomplish this mission, we decided to implement a plurality of leadership methodology that emphasizes utilizing the gifting of each leader rather than a traditional org chart hierarchy.  While this sounds good on paper, it takes much re-orienting to bring clarity around the expectations of what church is and how to function as a team.  We have worked diligently to reshape the engrained paradigm of church as a place, or as a service, into the belief that the church is God’s people.  This premise has been a foundational pillar to fulfilling our mission.  By focusing on a plurality model among our leadership, we believe we are demonstrating to our church the call to participate in what God is doing and not fall into the comfortable place of simply coming to an event to consume or be entertained.

With this in mind, we have had great alignment with Saturate framework for our central mission of disciple-making.  My cohort coach, Chuck Gschwend, has much life experience and has served as a mentor/coach to many over his life.  It is a tremendous opportunity to learn from and be encouraged by Chuck through what God has revealed about Himself to Chuck.  He has said that, “many times, until you are well into your forties, it is more about what God is doing in you than what He is doing through you.”  As a man who has walked with Jesus for many years, there are certain truths that only time and experience can impart.  Due to this, having a wise voice of counsel while navigating the waters of re-orienting paradigms around a missional community lifestyle in real time has been essential.  For instance, as I was attempting to discern the best way to handle an interpersonal conflict with one of our other leaders, Chuck gave insight and counsel in surfacing fears that kept me from wanting to have the conversation while also bringing more clarity to the real issue at hand.  The resulting conversation with this leader generated a very fruitful conversation that ended up creating great unity after the critical issues were raised. 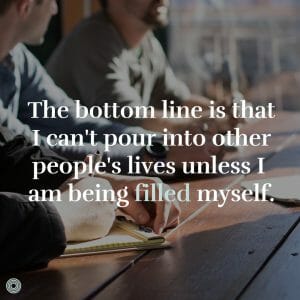 I have taken away many nuggets of wisdom and practicality, but none more important than continuing to be filled with the Spirit before going out and doing.  The bottom line is that I can’t pour into other people’s lives unless I am being filled myself.  This is a common challenge and having someone coach me through this truth, both implicitly and explicitly, is vital to trusting God to do His work through me and not to rest in my own giftedness or ability.  Having the friendship and coaching of Chuck assists me in keeping my emotional health a priority so that I can recognize red flags as they arise inside of me and then to have the accountability to build reflection and action steps to combat those issues.  This greatly helps me lead more effectively as well as respond to the brokenness of the world in a way that honors Jesus.  In a nutshell, receiving coaching forces me to slow down and take time to address my heart as God ministers through me.  I think every leader should receive coaching.

As a final word, I hope you feel encouraged to make the margin to receiving coaching.  Not because anyone told you to or because you feel persuaded, but because God’s design to see His Kingdom expand is not meant to be done alone.  In a society that drives us towards isolation and self-sufficiency, find the value in receiving coaching and being part of a larger team.