Feasting With the Poor: Part 1 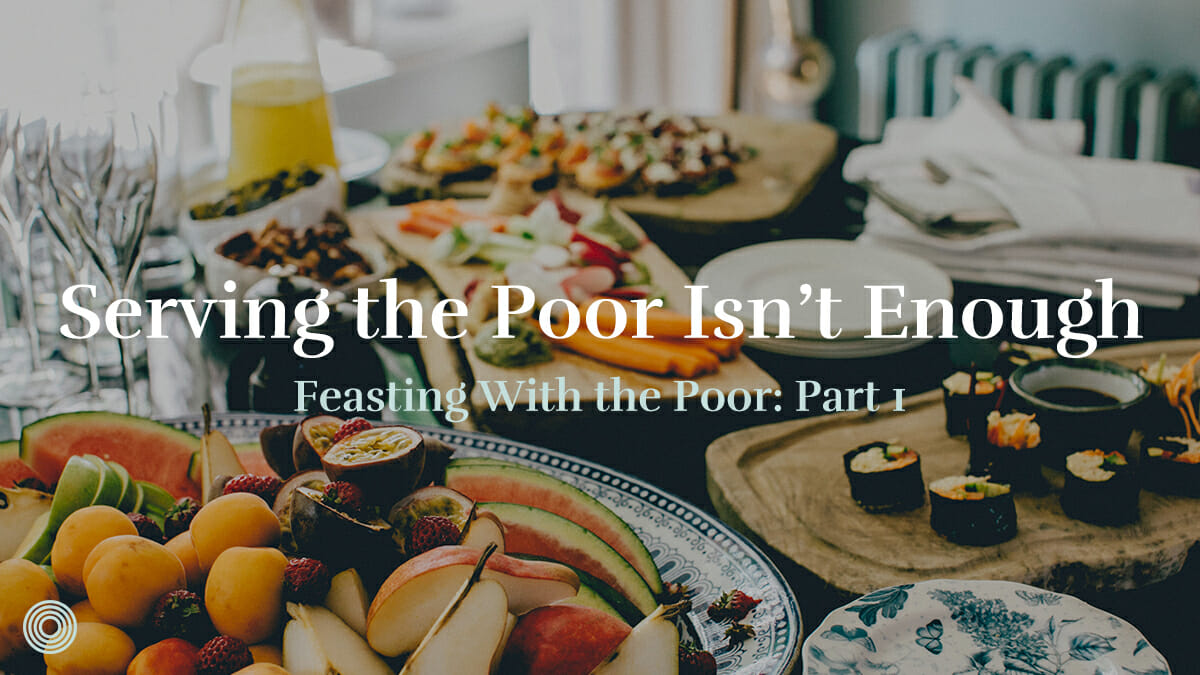 I believe we not only need to participate in the care for the poor, but consider the poor as we consider our family.

I want to take you to a prominent moment in the ministry of Jesus. Jesus is eating at a ruler of the Pharisee’s home on the Sabbath, and in the middle of the meal He says: “He said to the man who invited Him, ‘When you give a dinner or a banquet, do not invite your friends or your brothers or your relatives or your rich neighbors lest they also invite you in return, and you be repaid. But when you give a feast, invite the poor, the crippled, the lame, the blind, and you will be blessed because they cannot repay you. For you will be repaid in the resurrection of the just.'” Luke 14:12-14

Jesus’ words jolt our thinking. They unexpectedly turn our world upside down. This text doesn’t even require an introduction. I want us to contemplate what Jesus actually means: Why on earth would He say these things? How on earth does He expect anybody to apply them? And what would it even look like if they did?

First, Jesus divides people into two groups. They’re gonna be different for every single person, but, He says, there are two groups of people in our lives.

The first group we all know. They’re our friends, our family, our relatives, our rich neighbors. He’s talking about reciprocal relationships. He’s talking about people that your relationship with them is mutually beneficial. That you give, and they give. Sometimes you make sacrifices for these people. Sometimes you make tons of sacrifices for them.

Now those of you who are familiar with the Bible, you know that the Bible calls us to expand our horizons and to form relationships. It calls us to expand our horizons to include this second group. Most Christians understand that. Most Christians don’t believe that they are only to spend time with people like them. They recognize, yes, as a Christian I need to expand my horizons, and I need to include people that are different from me in my life.

We often envision soup kitchens, volunteering, or going on missions trips and building houses or giving money to charity. These are the ways we think we should include the second category of people in our lives. Serving the poor is absolutely necessary. Serving the poor is good. There are countless passages in the Bible that call us to serve the poor.

While I’m not disparaging our actions of serving the poor, I am going to tell you that Jesus makes it clear that the Christian response to the poor moves beyond service. 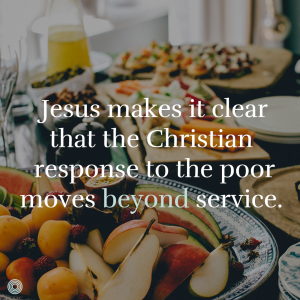 When you serve the poor, certain distinctions always remain. For example, a soup kitchen. In a soup kitchen, there are distinctions: one group of people eat before they get there and then stand on one side of the table. They wear plastic gloves on their hands. Their job is to make sure that everybody gets the same amount, so that nobody complains and gets angry.

The other group of people are dirty. They smell. They come with nothing. They bring an empty plate. They get their food. They go, and they sit. Then the other group goes home. There is no way anyone could walk in and not be able to tell the difference just by looking between the haves and the have-nots. Between the servers and the people being served. There are distinctions.

I recently read a book by a 50 year-old successful businessman that said, “I cannot stand in lines at buffets, even five-star buffets because it brings back too many memories of shame, standing in line with my mom waiting to get food.” He’s 50 years-old, and the shame of standing in line to get food hasn’t left him.

I believe we not only need to participate in the care for the poor, but consider the poor as we consider our family. How can the Church love the poor that removes shame and breaks down walls? In the upcoming posts, I will explicitly outline a way forward: feasting with the poor.

How can the Church love the poor in a way that removes shame and breaks down walls?