The Cost of Feasting

Feasting with the Poor: Part 4 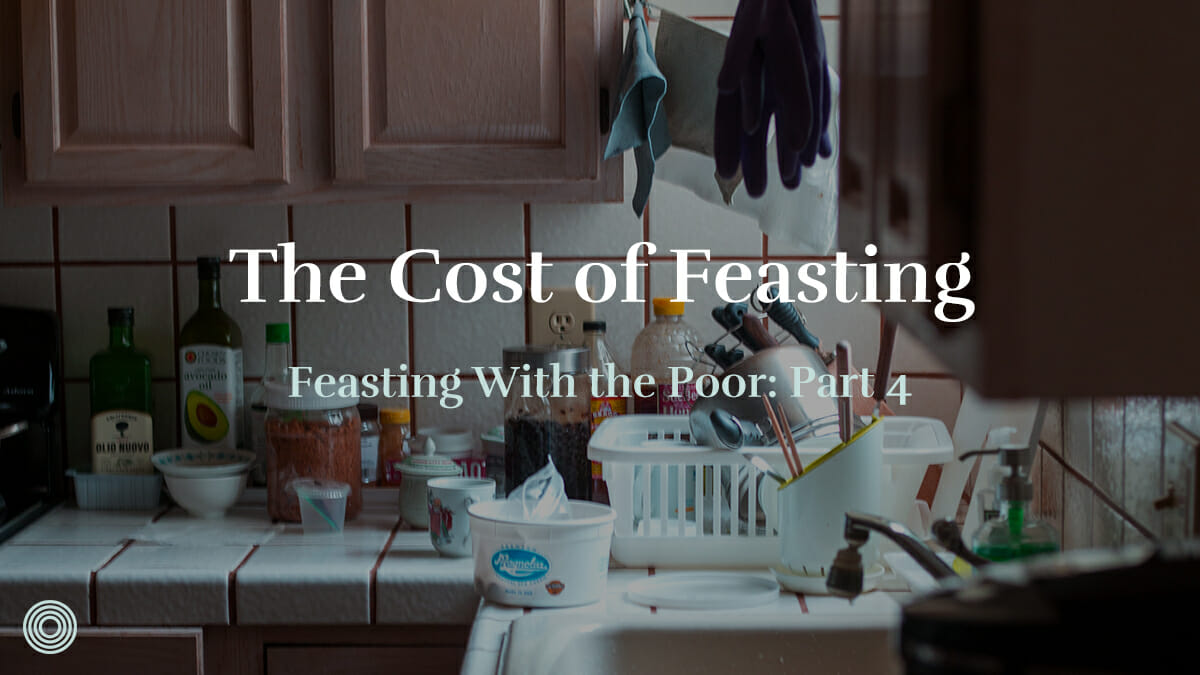 When you meet with the poor, see in them a reflection of your spiritual condition, and how your God loved you and was patient with you.

Hopefully, it’s becoming clear that what we have in Luke is simply a call to live out the Gospel. It’s not an arbitrary verse. It’s not an arbitrary command. It’s not just something that you do as a Christian. It is what it looks like to live out the Gospel. It is a call to reflect the way God has treated you and the way you treat others. It’s Romans 15:7, “Welcome one another as Christ has welcomed you for the glory of God.”

You see, the truth is this. Feasts cost. They’re costly. Feasts aren’t free. Feasts cost. Feasting the way that Jesus has called us to feast comes at a steep price. Most of the reasons you’ve probably given in your head for not doing this are real. Things will get broken. Things will get stolen. People will take advantage of you. People will ask you for far more than you can give. Every reason you’ve probably given for not doing this, many of them are real.

But I will also tell you something even worse. I’ll tell you once you actually start doing it, what you find is that these little inconveniences are nothing compared to the real costs. I’ll tell you the real costs. The real costs is that you hear these people’s stories, and you fall in love with them. Then circumstances or foolish decisions or corrupt policies or enslaving addictions often come and destroy their lives, and there’s nothing you can do to stop it.

The real cost is watching this prostitute get pregnant for the fourth time. And the first three, she did drugs the whole pregnancy and had the adoptive parents throw her in a hotel, and she gave them their babies, but this one, she decided to keep. So she came, and she said, “I want to keep this baby. I want to change my life, and I want to get it all figured out.”

The real cost is not the guy that calls you up every single morning at 6:00 AM (and I’m a late-at-night guy and a late-in-morning guy as well). So every single morning Andre calls me up, “Pastor.” I’m like, “What Andre?” He’s like, “I need something encouraging about Jesus to get me out of bed.”

He has to get up a little early because he’s living on the streets. He’s gotta get out of where he’s at. So every morning, when the sun rises, I have to give him something encouraging about Jesus to get him out of bed.

The real cost isn’t those 6:00 AM phone calls. The real cost is the morning you don’t get that call because he decided to walk in front of a truck. And he’s dead. And he was my good, good friend. 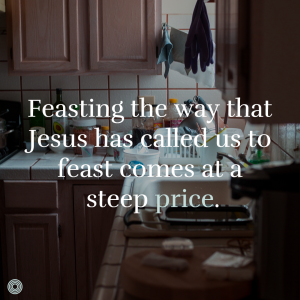 The Lord will Take Me in

In his family, disability was something that was frowned upon. So they beat him up, and they abused him. And his parents hated his younger brother. All the other brothers and sisters didn’t care, but he stood up for his brother, so they beat him up too. They put him and his little brother in dog collars, and they put them in the backyard. They lived outside. Sometimes they’d give them food. That’s when he was five years old.

He finally escaped the dog collar, and he broke into the neighbor’s house. The police came, and they found him in the refrigerator at five years old feeding his little four-year-old brother. They took him to foster care. They decided to separate him and his brother. He couldn’t handle it, so he left. Lived on the streets all his life. I remember after he shared and everybody was kind of crying. I said, “I’ve got a verse for you Jack.” He said, “Okay.”

I turned to Psalm 27:10, and it says, “Though my mother and my father forsake me, the Lord will take me in.” We talked about how God takes us in. And from that day, he just changed. He started praying. He started coming and reading his Bible. He would pray, and he would say, “Father, God, I’m so happy You’re my Father. My mom and dad forsake me, but You’re my Father.”

Jack would come to church, and he would sing so loud. It was so loud that everyone in our church knew him, and he didn’t know when the song stopped. And we used to have guest people come in and lead worship for us, and they would come to me afterwards and say, “I don’t know if I can do this again.” And I’d be like, “Why?” They’d say, “Because I’m getting so thrown off because I don’t know when I’m supposed to stop because he won’t stop his note, and then I don’t know when to start. I’m losing my place in the song.”

Jack was amazing. We had a Bible study on Tuesdays at the library he always used to come to. But then one day, he rides his bike in front of a car on accident, and he gets hit. And I get a call that I have to come. And I had to get him, and then we had to do a funeral for him. The biggest funeral my church has ever done was for a 55 year-old homeless guy. It was full because everybody knew him, and everybody loved him. I wish he was still here.

Talk about protecting your family. What if our God protected His family? He gave the life of His only Son so that He could have poor, rebellious, abusers like us into His home. 1 Peter tells us the cost of that feast was not bought with silver or with gold, but with the precious blood of God’s only Son. Feasts cost. They’ve always cost. They cost our God His only Son, and they’ll cost you more than you can imagine. Love anyone, and your heart’s gonna be broken.

You and I have been invited to a feast. A feast that outweighs anything we deserve, exceeds anything we could repay. And when we understand that, when we begin to grasp all that our God did to invite us to a feast, all of our excuses begin to crumble, and we find ourselves longing to communicate this love to others. You want to go out to the highways and the hedges and compel the poor and the crippled and the blind and the lame to come. Come!

When you meet with the poor, see in them a reflection of your spiritual condition, and how your God loved you and was patient with you.

How does knowing the cost Jesus paid for you encourage you to make costly sacrifices for others?