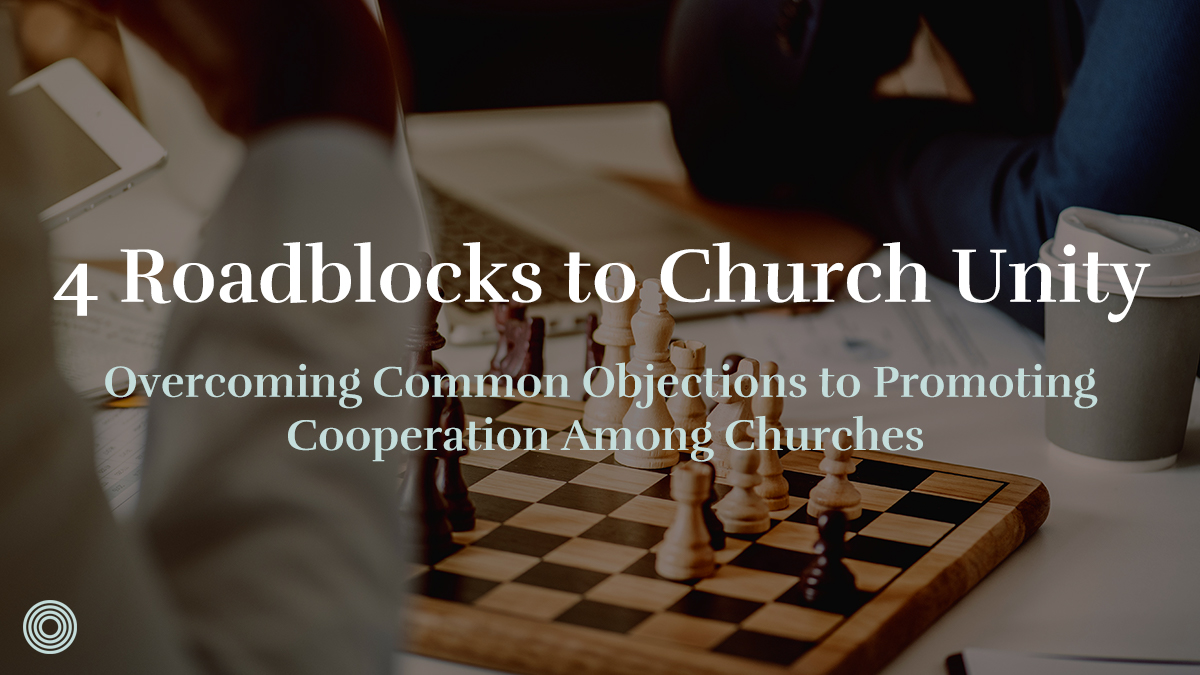 Rather than quarreling over our secondary differences, let us unite our resistance against the dominion of darkness and advance the reign and rule of the rightful King.

Let’s start with a parable

Imagine a resistance army fighting against an evil empire. This army struggles to push back the encroaching darkness while working to rescue those who have fallen captive to its power. Much good has come from their efforts, but there is one glaring weakness: they are comprised of dozens of distinct groups… that itself is not the issue, in fact, their various sizes, locations, and fighting abilities actually serve to their advantage. The problem is that they don’t work together nearly as much as they could. Their communication is lacking, and they often fail to coordinate their efforts. Sometimes they have disagreements regarding seemingly small details related to battle techniques and strategies. Other times their leaders become jealous of one another and try to recruit soldiers from other resistance groups by impressing them with more benefits and better training experiences. In spite of their differences, all of these groups have given their allegiance to the same prince who they believe is the rightful king of all the lands that have been overtaken by the darkness. Ironically, this prince has specifically said that it is through their coming together that the mission will be accomplished most successfully.

In John 17:20-23, our great King prays for all of us who belong to his Church to be united as one even as He and the Father are one, and as in the illustration above, it this unity that will serve to advance the mission of gospel saturation.

As Tim Keller writes in his book Center Church, “If we bash and criticize other kinds of churches, we play into the common opinion that all Christians are intolerant. If we are not united, the world writes us off, and perhaps, in light of Jesus’ high priestly prayer in John 17:23 ‘may they be brought to complete unity to let the world know that you sent me’, they have a right to do so!”

So we should really care about Church unity and ask ourselves the question: What is hindering us from living this out?

#1 An incomplete understanding of what practical unity means

In reading Christian books and engaging in personal conversations, I have found that people often primarily apply the biblical teaching about unity to the context of one local congregation. In other words, many think that these verses are simply about getting along with the Christians who they see on Sunday mornings, and give little thought to how these passages might speak into their relationship with the other congregations that meet down the street. Certainly, it is important for people within one local congregation to be unified and that is definitely one application of these texts, but the reality is that the commands in Romans 15, for example, were not given simply to one specific congregation within a city but to the whole Church in that city. Paul is not writing to one little house church in the northeast corner of Rome, saying “you guys need to get along with each other!” No, he is writing to the Church in Rome, made up of numerous local churches, and saying “all of you should be united and work in harmony, so that together, with one voice you may glorify the God and Father of our King, Jesus the Messiah.” (See Romans 15:5-7, and the Bible Project videos on Romans in which a convincing case is made for unity actually being the primary theme of the letter).

Also, we can clearly observe in the book of Acts that the various local congregations in a city or region are collectively referred to as “the Church” in that particular place (see for example Acts 9:31, 11:22, and 15:3). We must arrive at the conviction that working towards biblical unity means reaching beyond our local congregation and partnering on mission with other local churches, recognizing that together we make up the Church in our city or region.

#2 A contradictory understanding of the importance of doctrine

Sound doctrine is vital for the health of the Church (2 Timothy 1:13), and in being aware of this, a significant number of churches are skeptical about pursuing unity with congregations that they perceive to be less doctrinally sound. My response to the objection of “what about doctrine?” is: Absolutely! Yes, doctrine matters, and there is a particular doctrine in Scripture that we could call “the doctrine of the one body,” and that doctrine matters too. We can’t ignore the teaching (doctrine) about unity under the guise of upholding doctrine. There is a great irony there, and sadly, there is often a great amount of pride as well. No doubt there will be some tension as we must remain faithful to the centrality of the gospel, but let’s be careful not to flippantly disregard one doctrine in the name of protecting others.

Some conveniently ignore the work of church unity by saying that the church is already unified. They say things like, “Jesus died to make his church one. The cross accomplished the answer to his prayer in John 17, so we don’t really need to worry about it that much.” But if we were to follow the same line of reasoning we might equally conclude that the church shouldn’t seek by God’s grace to live holy lives, because Jesus already made us holy through his death. However, though Scripture teaches that we have in fact already been made holy (1 Corinthians 6:11) we are still called to live out this identity by walking in holiness (1 Peter 1:14-16). So, yes, Jesus has established unity (Ephesians 2:11-22) but we are clearly called to live in light of that reality and strive to maintain the unity of the Spirit (Ephesians 4:1-3). 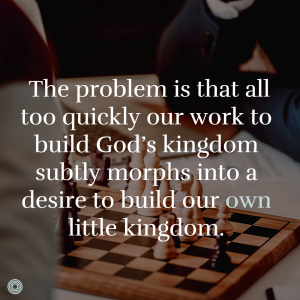 #4 The sin of kingdom building

Shouldn’t we want to be building the kingdom? How is that a roadblock to unity? The problem is that all too quickly our work to build God’s kingdom subtly morphs into a desire to build our own little kingdom. Pastors of churches both large and small struggle with this unity-blocking sin. Our pride delights in the idea of being “that church.” You know the one? That church that has all the college students and young couples. That church that has the best worship team in the city. That church that’s big enough it can make an impact in the city all on its own. That church that really cares about theology and has the most solid preaching in town. How cool it would be for that church to be my church. Oh, may God forgive us for ever thinking this was “my church” to begin with. There is one Church with many members and Jesus is the head.

May God help us recover the conviction that all the Jesus communities in one particular city or region make up the Church in that place. Rather than quarreling over our secondary differences, let us unite our resistance against the dominion of darkness and advance the reign and rule of the rightful King. A true unity movement needs people of different personalities and perspectives and from different denominations and networks to join forces and unite around a common vision for gospel saturation in their city. Each expression of the body brings something special and unique to the table. In light of this truth, may we work together as many members of one body, so that the presence of Jesus, the Savior and Lord of the Church, would be made known to every man, woman, and child in our cities.

Excited about moving towards greater Church unity in your region? Check out this article on taking practical steps towards unity

Which roadblock do you most encounter on the road toward unity?

Nathan Cedarland served as an elder at Kaleo Grays Harbor, a bilingual (Spanish and English) church family in Aberdeen, WA for 12 years. He is now leading a church plant in southern Mexico and working to train up future church planters for that region. He is husband to Julissa and dad to their seven kids. In his spare time, he enjoys writing fiction, making movies with his kids, and blogging at cedarlandia.com.