Gospel Saturation Around the Globe 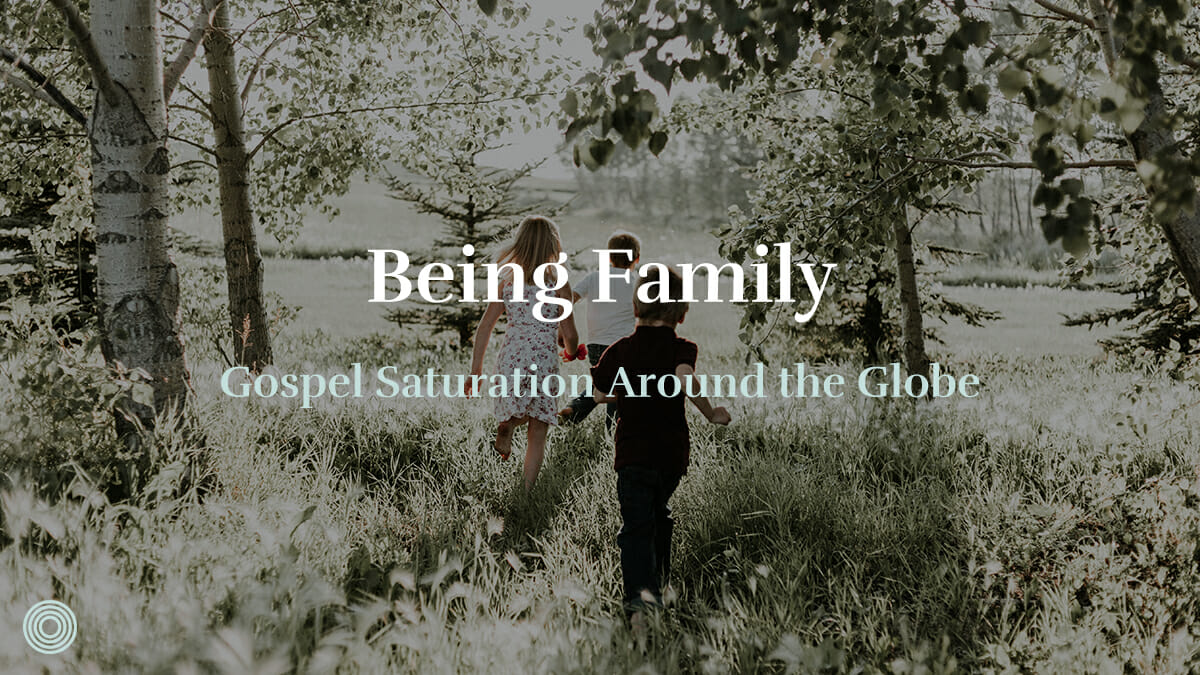 The church is a community that lives by Jubilee, that lives as family, that fulfills Deuteronomy 15, that says, “There won’t be a needy person among us.”

There are those wonderful passages at the end of Acts chapter 2, and then the end of chapter 4, that describes the life of the early church. These are now the signs of the living presence of the living God. Luke says, “They devoted themselves to this…” the implication is that we are to devote ourselves to this also.

So they devoted themselves to…

And this resulted immediately in…

And then, if you flip over to the end of Acts 4, this is repeated. Here we get a little hint at what’s behind all of this. Chapter 4, verse 34 says there wasn’t a needy person among them. What’s this referring to? Deuteronomy 15. Deuteronomy 15 is the law concerning the Sabbatical year – ‘Every seventh year you will grant remission of debts.’ The early church is living as the people who’ve had their debts forgiven. And what happens? The result is Deuteronomy 15, verse 4 – ‘There will, however, be no one in need among you because the Lord is sure to bless you.’ The early church is behaving as people who say, ‘At last, this is what God always promised us. And we’re doing it. We are forgiveness people, therefore when we do this stuff: share all things in common, we signal that the Great Jubilee, the Great Sabbatical, the year of the Lord’s favor is here. 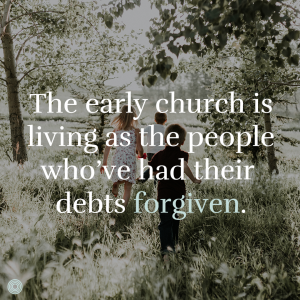 How should we embody this today? This cuts right across our western individualism. There’s an enormous amount of this that we’ve just screened out, because it so deeply clashes with our western worldview. We just don’t know what to do with it, so we gaze in wonder at the early church then quickly pass onto something else.

We need to take this very seriously. People say, “They did all those miracles back then. That doesn’t happen today.” Sure, but they shared all their possessions with one another and lived a radically counter-cultural life. Maybe those two things have something to do with each other!

And then again, later at the beginning of Acts 6 we see the same thinking. Widows are being neglected in the daily distribution of food. This is a problem that only occurs because the early church is thinking and living as a family. If they weren’t living as a family, this problem wouldn’t have existed. In those days, before social security, widows were cared for by their family. This means, if you became a Christian – the church became your family.

And then finally at the end of Acts 11, we see the larger extension of this characteristic of the church. It’s what we saw in chapter 2, 4 and 6, only now it’s on a bigger scale. The church is a community that lives by Jubilee, that lives as family, that fulfills Deuteronomy 15, that says, “There won’t be a needy person among us.”

This thinking worked for the community in Jerusalem. Now in Acts 11:19-20 – it’s working for the larger, universal church, so that, when one part of the church is in difficulty, another part of the church helps them by sending them money.

So how do we express this family identity in our western context where there is social security and so on? At Soma Blue Mountains and Soma Penrith we’re trying to repent of our individualism and see each other as family – devoted to Christ and devoted to a common life together (koinonea) – not just in our various communities on mission, but across our church and with other churches across Sydney and Australia.

Want to learn more about ways we’re partnering with churches around the globe? Check this out.