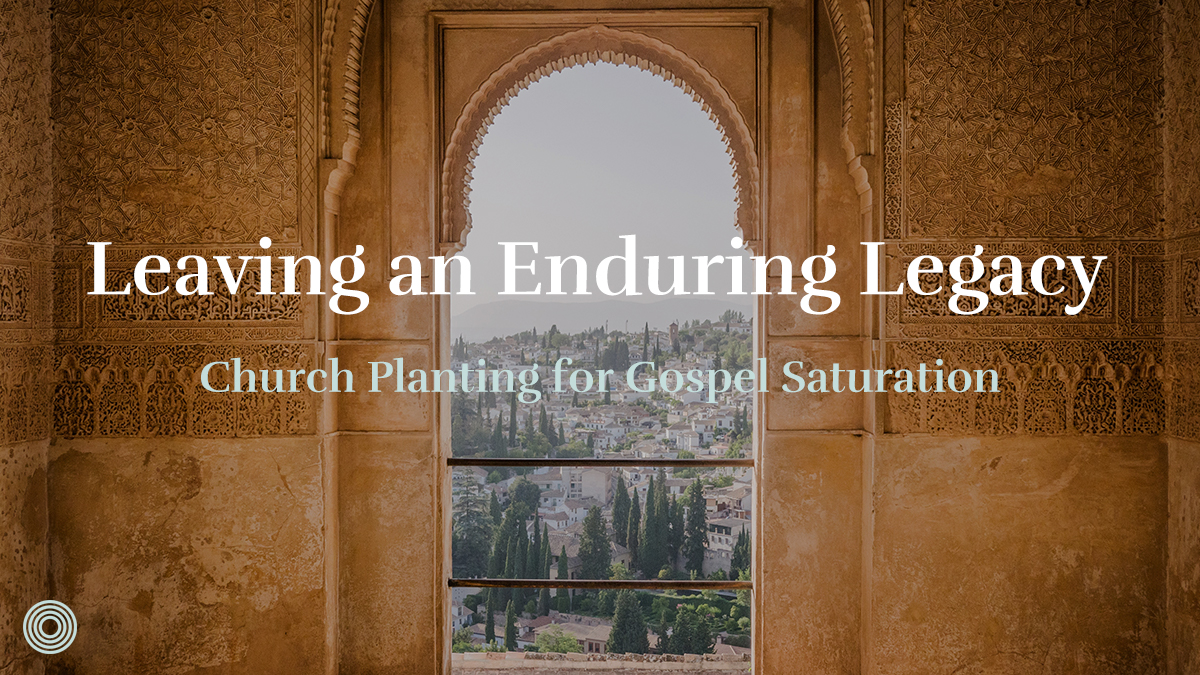 By all accounts, the Church at Antioch described in the Bible was a “good” church, in a hard but rich mission field.  The capital of Syria and a major Roman military and trade city by the A.D. mid-30’s, Antioch was a melting pot of “native Syrians, Jews, Greeks, and Romans.” These inhabitants worshipped a mix of deities, and Antioch had seen its share of hostility between religious factions.

The “first wave” of Jewish Christians (Acts 11:19) arrived at Antioch and, as Christianity was initially a Jewish faction, logically “confined their preaching of the Christ to Jews in the synagogues, probably with quite limited response.” Then a second wave came (11:20), and “took the bold step of preaching Christ to the ‘Greeks’, that is, to Gentiles.” This was the multi-cultural context in which the first Christian church was planted. (Indeed, Luke’s carefully-crafted list of leaders in Acts 13:1 shows a church led by a team of both Jews and Gentiles, and multiple races.) According to Acts 11 and 13, The Church at Antioch was a sending church, who prayerfully, generously, and sacrificially, gave rise to a history-long lineage of global disciple-making. 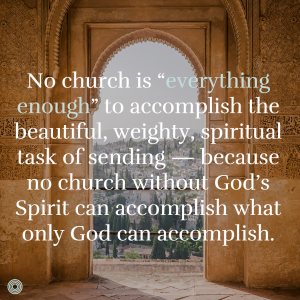 Over the early decades of Christianity’s existence, Antioch’s “apostolic team” — led by the same man whose persecution that had led Christians to flee Jerusalem and start the Church at Antioch in the first place! — planted several churches. Many of those planted more churches, as increasing numbers of Christians and churches followed Antioch’s example of sending. Indeed, the always-authoritative Wikipedia goes as far as to list The Church at Antioch as the root of the entire Catholic, Eastern Orthodox, and Asian Orthodox movements. Not too shabby for one local church!

But… the Church at Antioch itself doesn’t exist today.

The city itself was sacked by Mongols in the AD 1200’s, and “the majority of the Roman city lies buried beneath deep sediments from the Orontes River, or has been obscured by recent construction. Centuries before that, the planting team who risked their lives to flee persecution, eventually lost those lives, even if by natural causes. Similarly, the multi-cultural group of leaders who prayed over and sent Barnabas and Paul, have now been dead for 2000 years. Paul and Barnabas themselves are long gone.

Similarly, in just a few decades, The City Church — the church I planted in 2009 — may not exist. Even if it does, its current leaders will be dead (or at least senile!). Even the “best” churches of our generation won’t likely be around — or at least, they won’t be exactly like their leaders currently envision them — in a few short generations.

In working with people who desire to plant churches, and with churches who want to send out planters, a common refrain I hear is “I’m not enough”: maybe a planter doesn’t feel “experienced enough” or “trained enough” or “holy enough.” Maybe the sending church doesn’t feel “large enough,”  “settled enough,” or “rich enough.”

A promise of the Bible is that none of us are “everything enough” — because no human but Jesus was ever intended to be enough. No church is “everything enough” to accomplish the beautiful, weighty, spiritual task of sending — because no church without God’s Spirit can accomplish what only God can accomplish. Another promise of the Bible is that “God chose what is foolish in the world to shame the wise; God chose what is weak in the world to shame the strong; God chose what is low and despised in the world, even things that are not, to bring to nothing things that are, so that no human being might boast in the presence of God.” (1 Corinthians 1:27-29)

The reality is that many churches can plant churches; and that more people may be fruitful planters than expect. They may need some training; they may need some help; they may not be able to do it alone. But by God’s grace, and with the broader community of God’s Universal Church, alongside you, your church follow the example of Antioch, and — whether it’s one year old or 100; whether it’s 20 people strong or 20,000 — be involved in the multi-generational, globally-scoped, kingdom-expanding work of planting churches and sending missionaries.

And that’s an enduring legacy worth prayerfully fighting for!

How can your community more fully embrace the kingdom-expanding work of planting churches and sending missionaries?

Ben Connelly is a pastor, author, equipper, and occasional professor. He is honored to serve everyday disciples, ministry leaders, and church planters across the world through The Equipping Group, and to help lead Salt+Light Community and Plant Fort Worth in Fort Worth, TX.