The Intersection of Social Justice and the Gospel

Part One: How Cultural Stories Shape Our Conversation

By Charlie MeoSeptember 17, 2018 No Comments 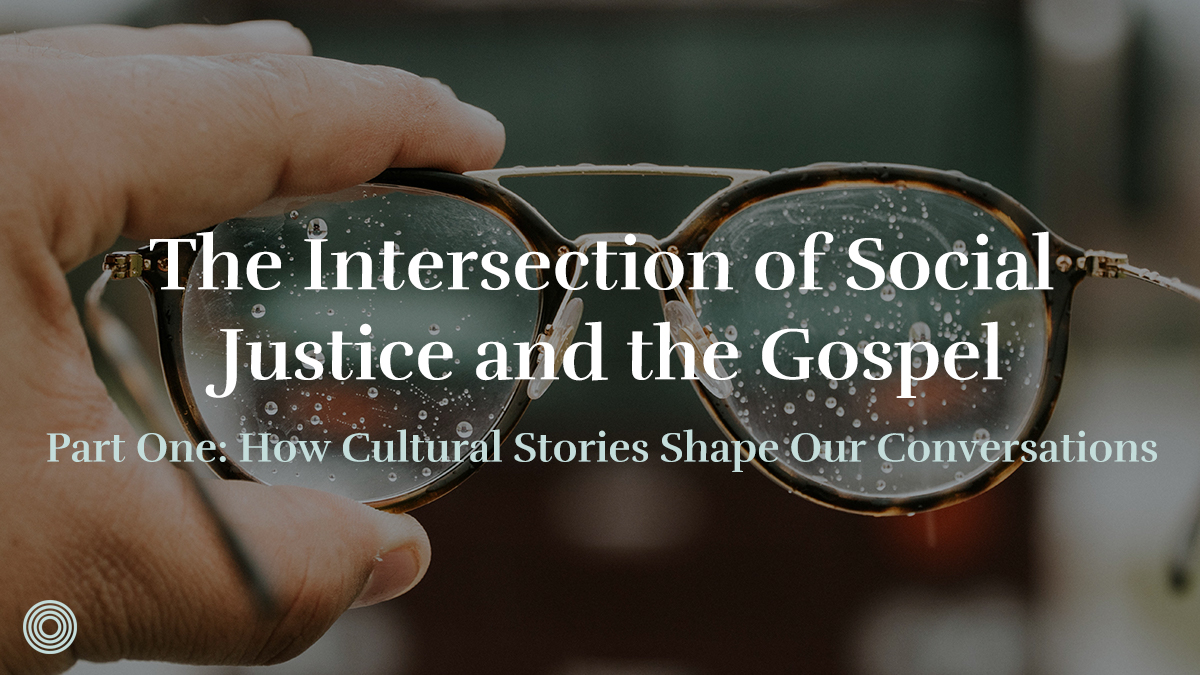 As Americans in the southeast grapple with Hurricane Florence, our current news cycle is grappling with a hurricane of its own. Over the past several weeks, we have been hit with a flurry of stories that polarize Americans and Christians. Nike chose to make Colin Kaepernick the face of its new campaign. Serena Williams controversially lost the U.S. Open raising questions about gender and race in sports. An off-duty police officer mistakenly entered the wrong apartment and shot a young black man. In the midst of all of this, The Statement on Social Justice and the Gospel is released and signed by many in the evangelical community. All of these stories are attempting to answer: What is justice? But this also leads Christians to ask another question: What is the relationship between justice and the gospel?

Like a pair of glasses, all of us have a cultural lens in which we view and live in the world. In this post, I will speak directly to North American Christians although cultural lenses exist everywhere. The cultural stories of America radically shape how we read the Bible, understand justice, and declare the gospel for good or for harm. The first step in our conversation about social justice and the gospel is simply acknowledging these lenses exist and shape our understanding. Here are four cultural lenses we bring to our understanding of social justice and the gospel.

American Christians often read the Scripture as a story addressed to an individual rather than a community. Hence, individualism reduces the gospel to simply a privatized relationship between “Jesus and me.” Sin in this cultural story is always personal and rarely communal or societal. Because of this lens, it is hard for us to see generational sin and systemic injustice. This also makes it hard for us to see redemption and the gospel for every part of life. We often fail to understand the complexities and nuances of social injustice because of this lens. 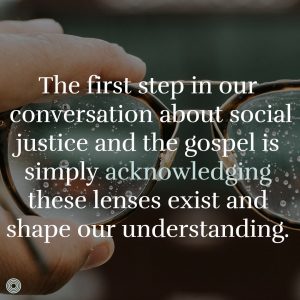 Second, American Christians often unknowingly read the Scripture through the philosophy of Plato’s dualism.  Like Plato, we want to define what is sacred from above and what is secular from below. This all reduces the gospel to: “I accept Jesus into my heart so now I can go up to heaven and flee all earthly things.” If being justified by faith alone, through grace alone in Christ alone is only about punching my ticket to heaven then everything else including justice is secondary. This assumption makes the gospel about evacuation, not restoration and therefore sees justice as optional, not central.

Third, our conversation about social justice and the gospel could likely be shaped by privilege. With this lens, I am speaking primarily to people who are like me: white, male, upper-middle class, and grew up in the suburbs. White evangelicals like myself have often been confused about social justice because largely we have never been affected by systems of injustice and sadly benefited from these systems our entire lives. Frankly, the experience of a person of color in America is different than the experience of being white. This must be acknowledged.

Lastly, our conversation about social justice and the gospel has often been shaped through the lens of fear. Throughout the 19th and 20th century, American Christians seeing the plight of the poor, marginalized, and racial inequality, broke into two camps. One group responded by challenging systemic sin but also removed Jesus as the one who ultimately enacts the justice and righteousness of God in the world (i.e. Social Gospel). The other group reacted in fear to this first group by stressing personal salvation as the key to solving the world’s injustice without addressing the systemic social issues of the day (i.e. Fundamentalism).

The question we must ask from this historical context is: Does the Story of the Bible present a third way forward? Is it possible to bridge the divide between concern for social justice and the good news of Jesus being the primary means of justice in the world? These are the questions we will attempt to answer in part two.

How do these lenses shape the way you view social justice and the gospel?