The Mission God Places You On

By Sondra ChamberlainOctober 2, 2018 No Comments 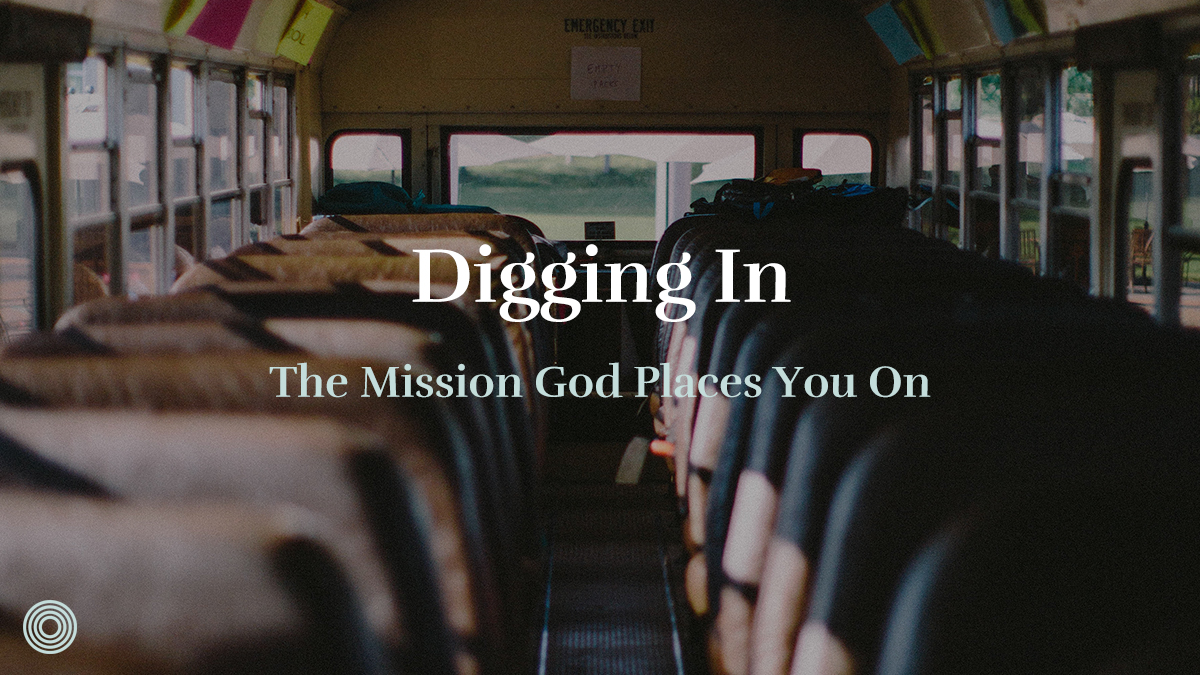 Starting over is hard. Humans are creatures of habit – we like comfort. A year ago our family moved from Tacoma to Seattle. It was a quick decision but not one we took lightly. We had lived in Tacoma for 14 years. We had helped start Soma Tacoma. We had raised our three boys since birth in our sweet craftsman home in the Lincoln District. We had friends that had walked through everything with us. We had amazing neighbors and community.

We never had any plans on moving. Yet, here we were making a hard decision whether to move to Seattle. We had a lot of reasons for moving. Todd was commuting to work 3-4 hours each day and it was slowly killing him. He was also missing out on spending time with me and our three boys. It just became too much. We also had a huge desire to get out of debt. We knew that by selling our house in Tacoma we would be able to eliminate a lot of that stress. Another factor was that our oldest was in one of the worst middle schools in Tacoma and we were concerned for him. We sent a text to all of our close Jesus loving friends and asked them to pray and to let us know if they heard anything from the Spirit on this big decision. Everyone was so encouraging. No one wanted us to move but it seemed like that was the direction God was leading us. So we listened and obeyed.

Get Out of the Way

I remember the day that I told the Lincoln High School football team about the decision. I was heartbroken. I didn’t want to leave Lincoln. Coach called a team meeting. He started by saying, “Sometimes we are blessed with amazing people in our lives and sometimes those people are called to move on.” I remember one of the boys that I was super close to looked at me with a huge surprised and sad look on his face. It was heartbreaking. I started to cry. Some of the boys started to cry. I had become the team mom. I had become a friend, an advocate, a sister, and a colleague to many at Lincoln High School. The boys were shocked at the news but so loving and supportive as well. 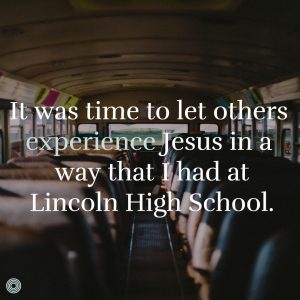 Starting over is hard. When we moved to Seattle I was able to rest and grieve what we had lost but I remained excited to dig in where God had us now. After nine months of settling into life in Seattle, God kept nudging me to reach out to our local high school’s football coach. So I did. I sent him an email and asked if we could help serve the coaches and the team at Shorewood High School. The football coach replied right away and the next thing I knew I was sitting in Shorewood High School having a meeting with him. We talked about what my experience at Lincoln was like, what Shorewood was like, areas where they were strong, and where the team needed to grow. We hit it off. I walked away excited and nervous. Excited for what God had for us in this new place and nervous to start over. The coach told me, “I want your help. We need help.” Hello gigantic open door!

Whenever you start something new, building relationships and bridges are key. So, that’s what we have been doing. Building relationships with the coaches, staff, teenagers, and parents. It’s slow but good. Showing up even when we don’t want to. Every Friday night God lets me grieve for about a minute that I’m not able to be with the Lincoln Abes and then He tells me, “Dig in here.” It’s where He has us and He calls us to dig in and build relationships right where we are. That’s what we are called to do as followers of Jesus.

Getting on the Bus

The first Shorewood football game of the season I wrote this on Instagram. I didn’t want to get on the bus with a bunch of teenagers I didn’t know. Honestly, I was scared.

“I was super nervous today. I didn’t want to get on the bus. Maybe because I know how much work it is to do this football thing or maybe I’m still grieving our move to Seattle and not being in Tacoma to support the Lincoln Abes. One thing God has taught me is to dig in. When he tells you to get on the bus you get on that bus because you know you can trust Him. So I did. I got my butt on the bus and I’m so glad I did. It’s going to be a great football season at Shorewood HS.”

For the entire hour on the bus I sat with the football lady managers and asked them a billion questions. It was amazing. God knew I needed to be on that bus.

I have been blown away at how accepting the Coaches and kids have been about inviting my family into the Shorewood football team. We have a lot of work to do but we are digging in right where Jesus has us. Is it easy? Heck no. Is it worth it for the sake of Jesus? Heck yes.

Where is God calling you to dig in? He has something amazing to teach you right where you are. Trust him.

Where is God calling you to dig in?

Sondra and her husband Todd helped start Soma Tacoma in 2004. They have faithfully served Soma and the city of Tacoma for the last 14 years. Their Missional Community served the Lincoln High School football team over the last five years. Recently they moved to the Seattle area and joined Doxa Church in Bellevue. Their Soma MC continues to faithfully serve the Lincoln HS football team in Tacoma.