The Roots and Ramifications of Christian Deconstruction | Part One

By Charlie MeoNovember 8, 2018 No Comments 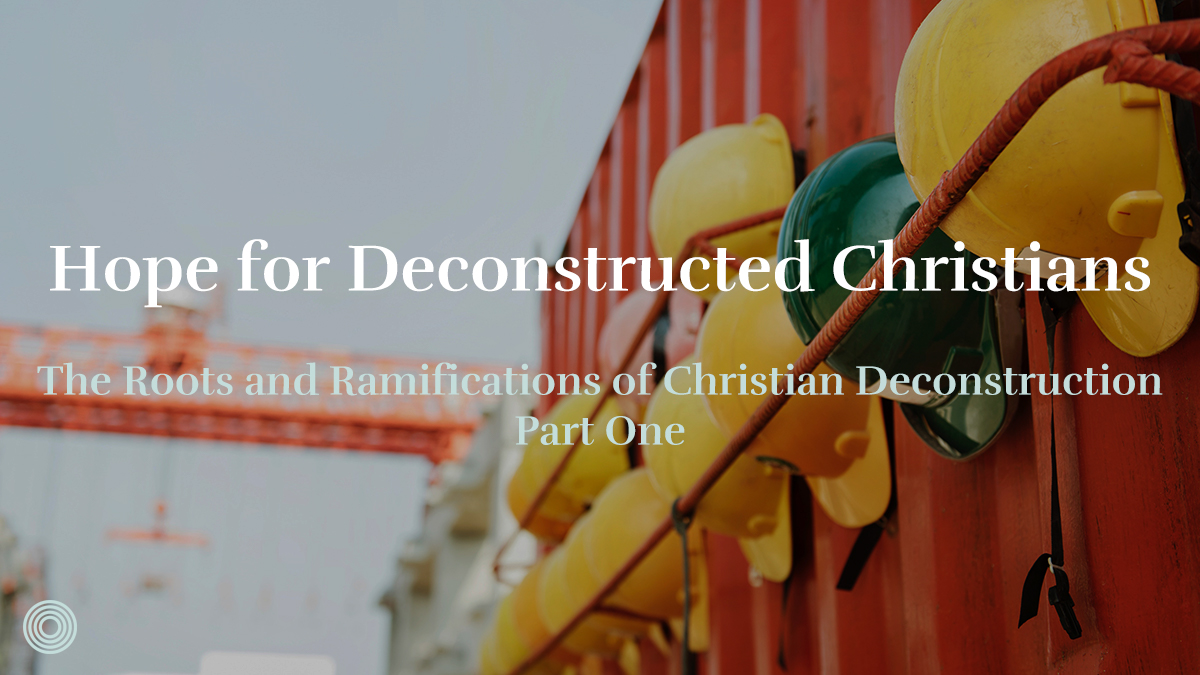 Our hope is that through embracing the Bible as the True Story, followers of Jesus are given three new identities that reconstruct a flourishing faith.

In the past couple of weeks, we have witnessed pipe bombs sent to prominent Democrats, hate crime shootings at a synagogue and grocery store, and media footage of a growing caravan heading to the U.S. border creating raucous rallies for President Trump. We live in a chaotic and fragmented world. As Americans grapple with partisan politics, social inequality, and cultural turmoil, Christianity has not been immune. The Church is going through a crisis of its own.

In this cultural moment, there is a growing wave of Christians deconstructing their faith and their traditions leaving many disenfranchised with the Christianity of their parents. In this two-part series, we want to explore the roots and ramifications of deconstruction and invite followers of Jesus to see the local church as the place where we can be reconstructed in the True Story and embrace our true identity.

Roots and Ramifications of Deconstructionism

The deconstructing of Christianity in America may be presented as a relatively new phenomenon but in many ways, it is just a renewed vision of the Enlightenment. For the past 200 years, the Enlightenment has shaped a vision of life in the West where reason, scientific investigation, and human progress will liberate the world. The Enlightenment story has birthed many of our revolutions including the industrial revolution, the sexual revolution, and currently a “post-truth” revolution with the slogan: “fake news.”  In this story, humanity defines reality. As philosopher Rene Descartes proclaimed: “I think, therefore I am.” Every societal norm, historic tradition, and cultural practice is to be questioned, critiqued and disbanded. The hope is ultimate freedom from any restraint. 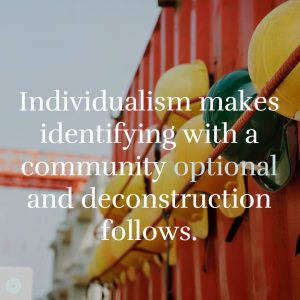 The vision of the Enlightenment also gave birth to the industrial revolution creating a society oriented around the consuming of goods and services. Although Adam Smith who was at the center of the revolution had good intentions, a system and economy was developed with the goal of insatiable consuming where nothing is ever enough. Sadly, the church has been duped into this consumer vision of society. Could it be that many of our church programs, ministries, and Sunday gatherings are shaped like a shopping aisle where consumers are enticed to pick and choose which “products” fit them best? Consumerism creates a mantra of only participating in a community that perfectly meets my needs and desires and preferences. Hence, when the community is not living to up to my ideals, deconstruction follows.

Lastly, the vision of the Enlightenment created what we know today as fundamentalism. As the world rapidly changed over the past 200 years, often the church forsook its missionary identity and wholesale rejected cultural engagement. The church became a fortress from society. Many deconstructed Christians today are reacting to their “fundamentalist” upbringing where the goal of Christianity was individual purity from the world, legalistic obedience and making Jesus my personal Lord and Savior. Notice how this vision of Christianity is also deceived by the story of the Enlightenment where individuals are at the center (i.e. individual purity, individual obedience, individual salvation). Fundamentalism often breeds disillusionment and deconstruction follows. 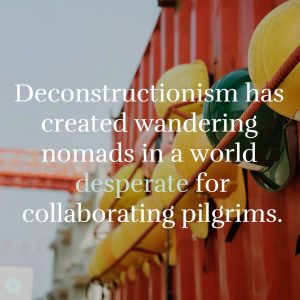 What are some of the most prominent ways you see your church shaped by the cultural story we find ourselves in?