Why Did Jesus Have to Come? - Saturate
DiscipleshipFoundationsGospelIdentitySaturate PodcastSpiritual Growth

Why Did Jesus Have to Come?

By Brad WatsonDecember 2, 2018 No Comments 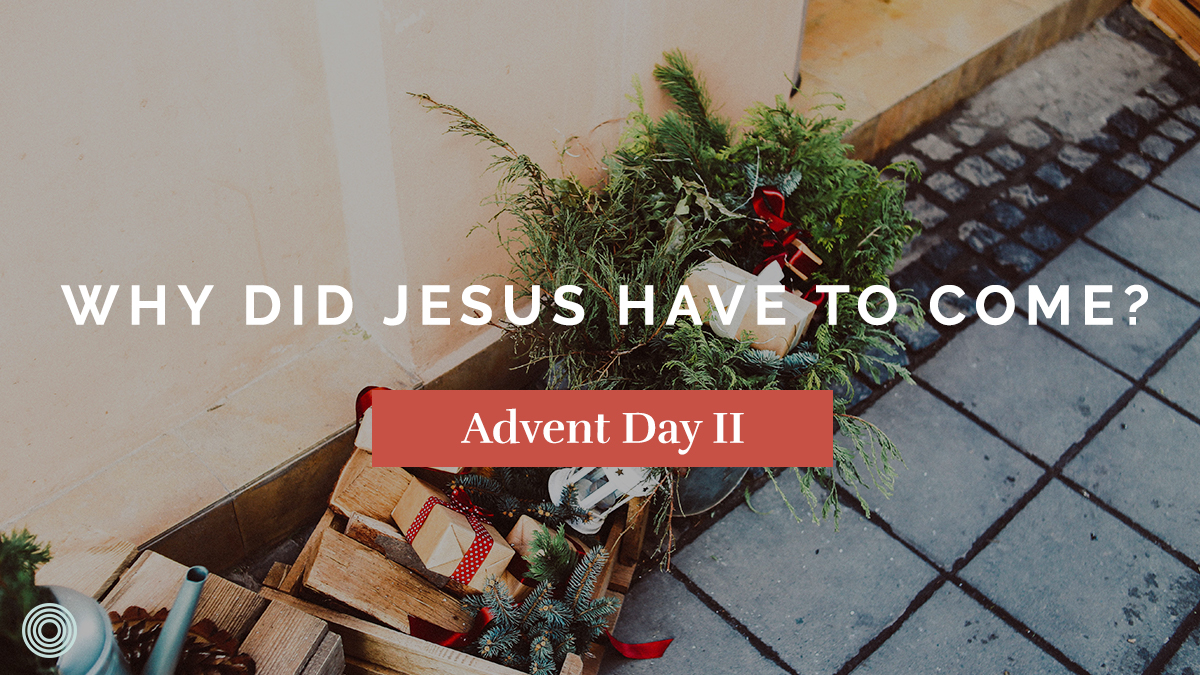 Christmas is a magical time for kids as they see the glow of lights, trees in the home, and packages accumulate. It’s also the season when we get to regularly articulate the meaning and nature of God coming to us to save us. This, to my four-year-old, is the most astonishing of questions: “Why did God have to come, anyway?”

Why did God have to come? To deal with sin for the sake of resurrecting our lives from the dead.

The nativity narrative makes major claims that cannot be ignored: the world is not right—we are not right. Cornelious Plantinga writes this well in his breviary of sin, Not The Way it’s Supposed to Be. “Our world has been vandalized by sin. We’ve perverted, polluted, and disintegrated God’s shalom and our shalom.” All that God intended of the world, shalom, has been marred by human sin. The consequences are devastatingly final: death.

See, the meaning of the season is not only Jesus’ birth, but the purpose for His birth. The manger is not the setting of a peaceful and gentle gift from God to a cozy world. The cradle is occupied by Christ because our world is at odds with Christ. The birth of Jesus ought to shock us as much as the flood of Noah. God has entered the world to see it judged, reconciled, and saved. When the Angels sing: Joy to the Lord, the Savior’s come. The Angels are saying, “The World is in need of a savior!” We are in need of judgement for sin, reconciliation for the effect of sin, and salvation from the result of sin. Christ’s first coming is the introduction to His great passion for the world. It’s the beginning of His death and resurrection. Jesus was born on death row for our sake.

Why Did God Choose to Come?

The last deeply spiritual question children ask in their curiosity is this: Why? Why did God choose to come? Jesus offers the Church today the full meaning of the Christmas season through the often forgotten Christmas verse:

This is our family’s verse during Advent. Each month, thanks to Mirela’s intentional motherly eye, we try to memorize a verse while we eat dinner. We’re able to work on the verse about 50% of the time (the rest of the time is filled with spills, screams, and lots of loud singing from our three kids—many of our meals feel like they’re straight out of the garbage crushing scene in Star Wars). We aren’t heroes, and honestly, we’re pretty great parents even when we don’t do the Bible verse. Back to our Bible verse for Advent, John 3:16. While John 3:16a feels cliché because of our over-familiarity, it’s far from trite. It’s history-shattering truth. 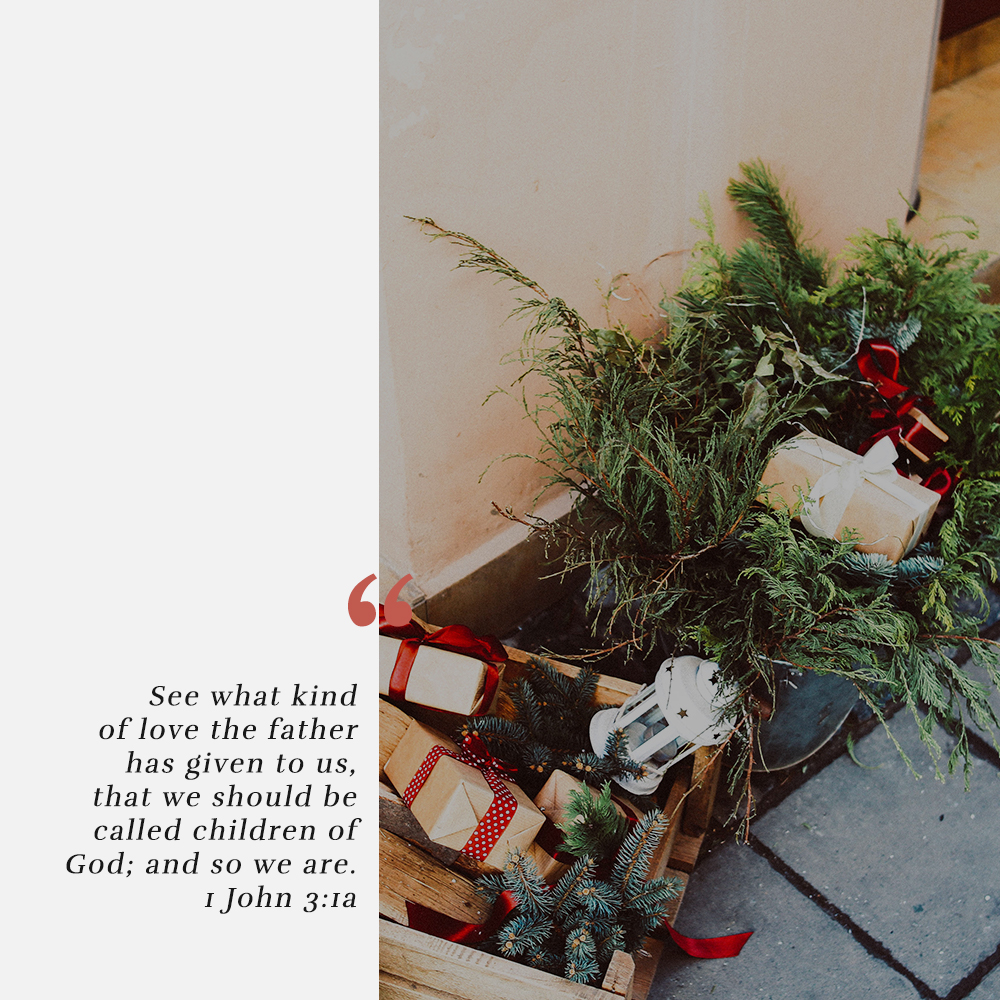 Our children have successfully memorized the first half, and this alone is hard to grasp. God exists. God loves. He loves the world. The world is the object of God’s love. In John’s writing, “the world” speaks to forces, powers, attitudes, and beliefs that are in complete opposition to God and His ways. This verse says the Creator of the universe loves the world opposed to Him. That’s not all; God loves the world so much. God loved the world lavishly, overwhelmingly, or wastefully. I told my children to remember how Will Farrel’s Elf pours generous, overflowing amounts of syrup on each meal. This is how God pours His love out to the world.

The second half of this verse explains Christmas. God gave. He wasn’t under compulsion by legal requirements or drama. He freely and lovingly gave His Son. The gift of the Child of Bethlehem is the tangible love of God into a world that didn’t deserve to receive such a gift.

Our two-year-old always stresses SO MUCH. It’s part shout and part laugh. Her reciting the verse is 100% joy. Even in her youth, she has captured only a sliver of God’s truth and it’s enough for joy. The joy-inducing truth is that we have received this abundant love of the Father by the Son and through the Spirit.

Who Do We Become Because He Came?

C.S. Lewis wrote this on the miracle of incarnation: “The Son of God became a man to enable men to become sons of God.” Later in the New Testament, John writes in, 1 John 3:1a: “See what kind of love the father has given to us, that we should be called children of God; and so we are.” Through the only Son, we become sons. God’s love and the resulting gift of His Son transfers us from children of wrath to children of God. Now this, this changes much. No longer are we orphans, tossed to and fro by the circumstances of this world, surviving by sheer labor and self-protection, no…Now we’re His children. We’re called His children, and we are His children. Why does Christmas have to happen? Because He loves you to the depths of death and the heights of heaven.

Christmas is not all swaddling cloths. It’s also about a cross. It’s about an empty tomb. It’s about the Father’s love to redeem and restore everything. More on that in the next installment, but before then, just sit under the truth of Christ. Jesus’ arrival on earth is the Father’s whisper: You are lavishly loved. More importantly, the world is lavishly loved. This is Hope. The Christ Child has made you a child of God.