Responding to the King’s Arrival

By Brad WatsonDecember 6, 2018 No Comments 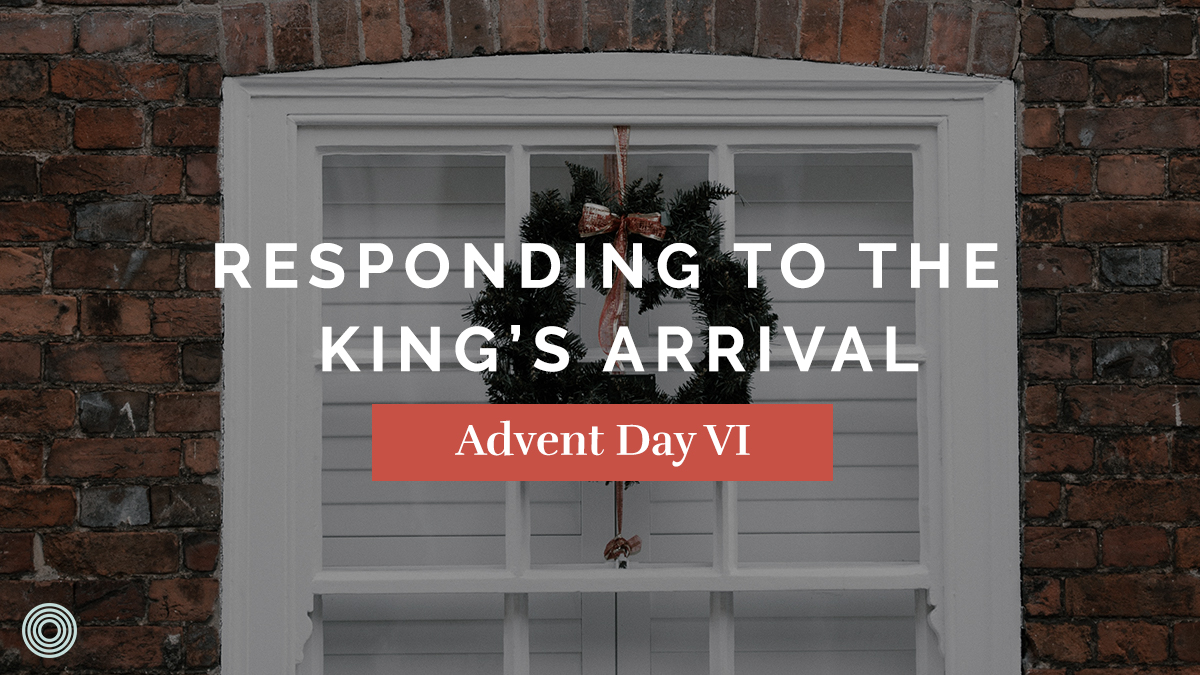 Go on up to a high mountain,
O Zion, herald of good news;
lift up your voice with strength,
O Jerusalem, herald of good news;
lift it up, fear not;
say to the cities of Judah,
“Behold your God!”
Behold, the Lord God comes with might,
and his arm rules for him;
behold, his reward is with him,
and his recompense before him.
He will tend his flock like a shepherd;
he will gather the lambs in his arms;
he will carry them in his bosom,
and gently lead those that are with young.

When I was a kid, the #1 soccer player in the world was a handsome, Portuguese man named Luis Figo. If you remember him on the soccer field, you’re privileged. The way he passed, the way he ran, the way he shot the ball, was poetry. His #7 jersey flew off the racks in my hometown of Lisbon. He played for Real Madrid, the greatest and biggest soccer club in the world. Figo was transcendent.

During spring break, my junior year of high school, I went on a choir tour across Europe in a big touring bus. We made a pit stop off the highway in Madrid on our way home. As my friends and I were buying candy and soda, the transcendent became imminent. Figo was pumping gas like a demigod while his super-model wife sat in the passenger seat.

Our lives stopped as he came into the shop to pay his bill. Figo, the Portuguese patron saint of the people, was greeted by dozens of high school kids from his hometown. Some of us shouted. Some of us took pictures. Some of us were wearing his jersey and got autographs. Some of us were captivated by awe. We called our parents. We told all of our friends who missed the whole thing because they were asleep on the bus. It was, without exaggeration, the event of my high school years, standing in the same candy aisle as an icon, getting change from the same cashier (maybe our change was the same money he had!), hearing and feeling the energy of his fame, his worth, his power.

This is how Jesus comes into our world. Isaiah 40:9-11 is the call to receive Him on those terms. “Behold, the Lord comes!” The words of great news: “Behold he comes with might! His arm rules!” Jesus comes with might. This passage makes it clear; prepare to be afraid.

Now, you might be thinking, “That sounds scary! Jesus doesn’t enter the world as a powerful King ready to make judgment and to rule. Doesn’t He actually come as a cute baby born in a birth story worthy of the entire blogosphere?”

In the incarnation, God’s transcendent power becomes imminent power. The extraordinary receives ordinary swaddling cloths. But don’t be fooled. He arrives as King. Jesus isn’t born weak, but mighty. The otherness of God doesn’t disappear but comes close. He walks into the world—our world. Our mundane tasks are enveloped in His presence. Now, this is fundamental; the glory of Christ’s incarnation is good news.

The weight and power of darkness is not too much for Jesus.

The sinister shame of sin is not too much for Jesus.

The powers of this world and all its injustice is not too much for Jesus.

He is the greatest and He will be victorious. His fame is above all others. His worth exceeds them all. His might, judgment, and will overcomes this decaying world. You’re right. That’s scary. God’s transcendent power becomes imminent power.

How do we respond to this incarnation? 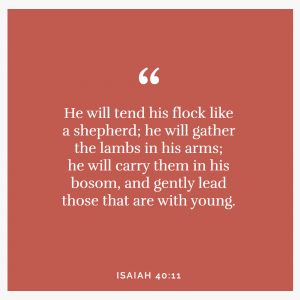 1) We Herald the Good News of the King

Christmas creates missionaries. “Go up, stand up, lift up your voice,” Isaiah says. Be strong and bold and tell the cities, “Behold, your God!” We shout the news of a Savior who can and who will save. We become highway signs pointing to the One who comes. Just as I tripped over myself telling my friends about Figo, we go into the world to tell about Christ’s coming. We become heralds, royal announcers, who tell this news well with clarity, strength, but also with tenderness, which leads us to the second response.

2) Curl Up into the Arms of the Shepherd

“He will tend his flock like a shepherd; he will gather lambs in his arms; he will carry them in his bosom, and gently lead those that are with young.” (Isaiah 40:11 ESV)

This is the mystery of incarnation. God with us means He is mighty, certainly, but also that He is unyielding in His love for us. We become heralds of this news. We also curl up in His arms. The glorious arms that defeat evil, sin, and death are the same that gather us close. This is equally frightening for many of us. Can I trust Him? Can I place myself, my family, my well being within His care?

In my years trying to live on mission within the context of a community of disciples I’ve learned to cling to these truths of the incarnation, that God’s concern for me and my soul is central to the gospel I’m proclaiming. When the Scriptures tell us we’re to be heralds of the Good News, it’s good news for us, too! We proclaim a message that is for us.

Furthermore, Jesus’ coming brings awe in both His power and His care. He comes with the power to make the world new and the power to love. The transcendent love of God has become imminent. How do you receive the gospel as you proclaim it? How do you proclaim a gospel you’ve received?