By Brad WatsonDecember 9, 2018 No Comments 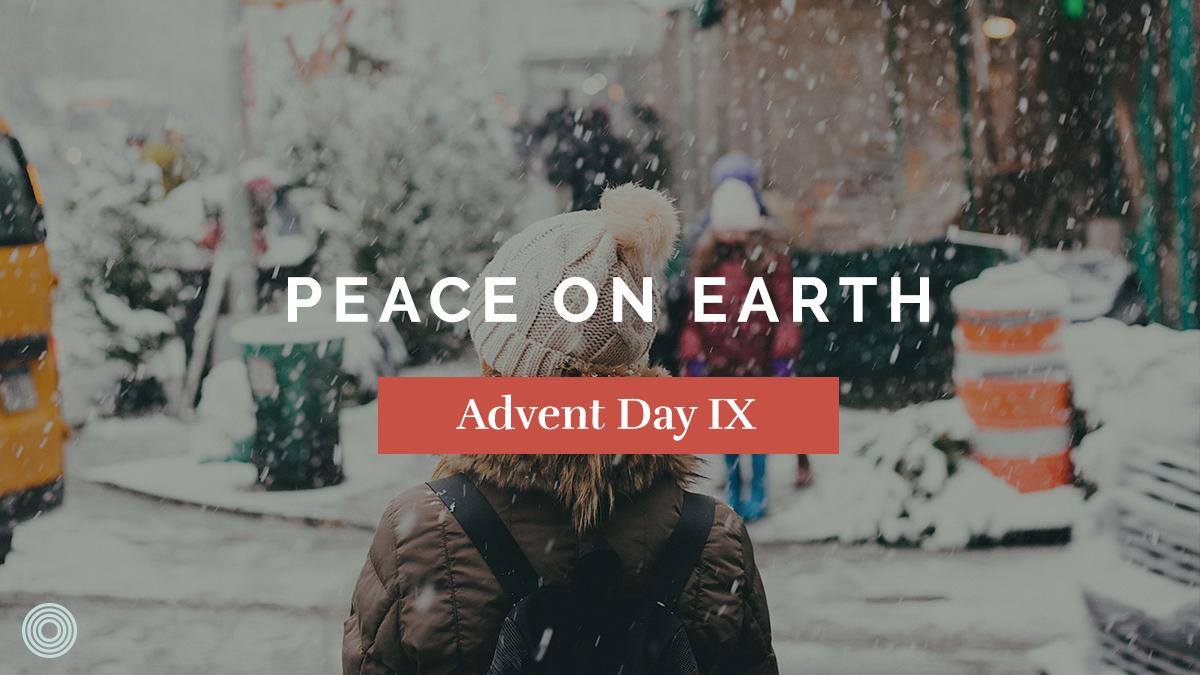 At the center of the angel’s announcement on the first Christmas night is this phrase found in Luke 2:14; it’s what Linus quotes at the end of A Charlie Brown Christmas: “Glory to God in the Highest, and peace on earth towards men.” “Peace on earth” sounds so trite that most of us would rather ignore it. What kind of peace? Who’s peace? And for those that experience the pain of this world in real-time, the promise of peace on earth, even from the voice of angels, seems void on arrival.

U2’s song, “Peace on Earth,” released at the turn of the century, they put words to what I often feel. The lyrics go in part like this:

They’re reading names out over the radio
All the folks the rest of us won’t get to know
Sean and Julia, Gareth, Ann and Brenda
Their lives are bigger than any big idea

Jesus, can you take the time
To throw a drowning man a line?
Peace on earth
To tell the ones who hear no sound
Whose sons are living in the ground
Peace on earth
Jesus, in the song you wrote
The words are sticking in my throat
Peace on earth
Hear it every Christmas time
But hope and history won’t rhyme
So what’s it worth?
This peace on earth

These questions – What’s it worth, and what is this peace on earth? – I believe, are the questions of this cultural moment. They aren’t intellectual; they’re visceral. They’re emotional. Does Jesus make a difference on this earth? Does heaven touch earth? Will anything stop peace? Most of my neighbors and friends are, like Bono, tired of hearing about it every Christmas time. Sick of sorrow. Sick of pain. Sick of not knowing what to say to those whose sons are in the ground.

So, what do the angels mean when they sing, “Glory to God in the Highest and peace on earth to men?” What is it worth? I think most people answer this question in three ways:

Is Peace an Absence of War?

Peace in this concept is no more war, battle, shooting, weapons. It is a cessation of conflict between nations that create violence. Essentially, we just all get along. We put our weapons down and cable news channels go out of business. This is found in the Bible throughout the Old Testament. We even read in a previous reflection about the lions eating alongside cows. Elsewhere we hear of weapons for death turned into gardening tools. The nations of the earth ending their wars with one another is part of peace on earth. The child born in Bethlehem will bring about an end to wars. But that’s not all this peace on earth is worth. Jesus doesn’t establish a United Nations, NATO, or a peace won through the principle of mutual annihilation. Honestly, most of us would settle for that value of peace on earth. 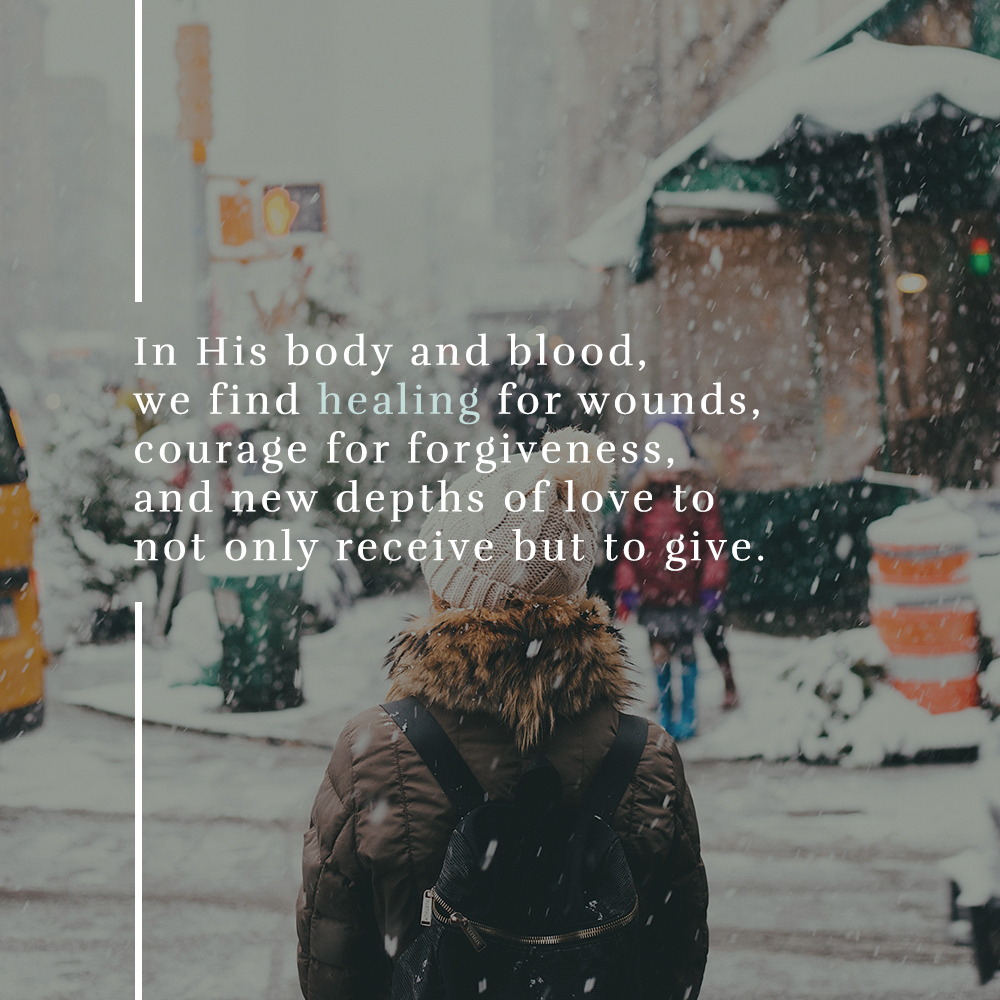 Is Peace an Absence of Conflict with Each Other?

Christmas and the internal sentimental demands create the perfect environment, not for peace, but for conflict. Spouses disparage each other’s abilities to decorate cookies, presents drain the bank account, and stress grows as you consider the bubbling family disunity that will be on display as you gather at your parent’s house. Does the peace on earth the angels announce vanquish the relational unrest? These micro-battles between persons are as self-evident as geopolitical ones. Does the arrival of Jesus throw us a line in redeeming the shame and guilt between humans that has fermented since that weary day in the garden when Adam and Eve saw themselves as naked and blamed one another? Yes. Jesus removes the walls of hostility as He bears our shame in His body and blood. Jesus gathers us from the domain of darkness and places us in the holy communion of saints centered on His rescue. In His body and blood, we find healing for wounds, courage for forgiveness, and new depths of love to not only receive but to give.

Is Peace an Absence of Division Between Us and God?

In the hymn, Hark the Herald Angels Sing, you proclaim this idea: “Peace on earth and mercy mild, God and sinners reconciled.” Yes. Peace on earth reconciles us to God. No longer are we enemies of God. No longer opposed to Him, but we are made new in Him. No longer slaves. Now we are children of God at peace with our Creator.

But peace is not merely an absence of war, conflict, and division. It’s more!

What the angels sing about is not just an absence of conflict but the presence of God with humanity in such a way we experience life—abundant, overflowing, rich life. It obviously requires a removal of evil, sin, and conflict. That’s the process not the payoff! God isn’t emptying the world of pain when He arrives in a cradle, He’s filling the world with His glory and life!

Peace is a Person

Lastly, and this cannot be ignored during Advent, Peace—the shalom of God—is a Person. Jesus’ birth means Peace has come to earth. As we’ll discuss more in a few days, “He himself is our peace.” Jesus’ arrival brings peace into the world. Heaven came into a weary world as peace and “In him we live and move and have our being” (Acts 17:28). Not only is He our peace, but the incarnation is what brings peace. God and sinners reconciled in Christ, through His body and blood. The incarnation ends wars, creates a community, brings us close to God, and ushers us into a thriving world where God reigns and gets everything He wants.

As we enter this second week of Advent, I invite you to consider, where are you preparing room for Christ and His peace?