A Child and Big Government 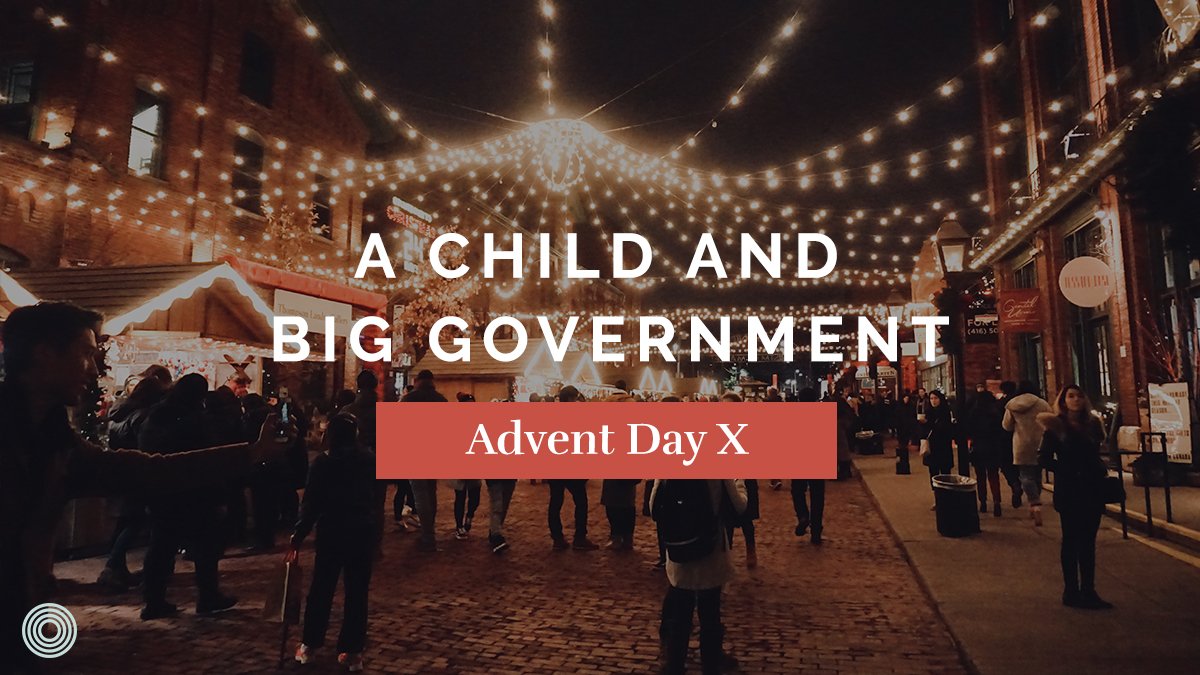 Wherever he reigns, His thriving and flourishing will be there, too! His law is peace.

On May 19, 2018, Prince Harry of England married Meghan Markle in Windsor, England. The event was marked by the usual fanfare of such weddings: notable people, extravagant clothing, international media, commentary, vows, a sermon, a bridal veil, and love. There were a few notable or unique things that happened: Meghan walked herself two-thirds of the way down the aisle until her future father-in-law, Prince Charles, walked with her the last third, but by no means “gave her away.” Furthermore, Meghan was the first mixed race (being half black and white) to marry into the Royal family. Even more unconventional, she also wasn’t of nobility, had been divorced, was an actress, and an American. Even though Harry is quite far from the throne and all of those previously mentioned factors, this wedding became the most-watched royal wedding in history. More people watched this wedding than William and Kate’s, and more than his father’s wedding to Lady Diana. Most ordinarily, however, it was a wedding.

The morning after, a journalist for an international news magazine wrote an article with this headline: “This Wedding Changes Everything!” The journalist went on to note everything I just mentioned and expound on how the ceremony was transforming international politics, racism, sexism, and even religious strife all in one swoop. Implied is this: elections, education, fame, power, laws, military, Hollywood, or even weddings can heal our broken world.

However, the other headlines from that day in the United States were about the president being subpoenaed, a shooting at a school in Texas, and the falling apart of nuclear talks with North Korea. And yet, a wedding in Windsor had changed everything!

It’s understandable to hope in that sort type of transformation—that variety of world peace. It’s a lovely sentiment; the love and union of two highly famous people could change the world. After all, fame facilitates change. Plus, they are two highly educated and talented people, which, in our post-enlightened viewpoint, leads to the greatest types of change. Education, talent, and reason are the beginnings of world change! Add to all these factors ethnic and historical backgrounds, TV ratings, and the wardrobes and it’s not hard to exclaim, “This Changes Everything!” Even though we all know it doesn’t. The world doesn’t work that way. World peace doesn’t arrive that way. 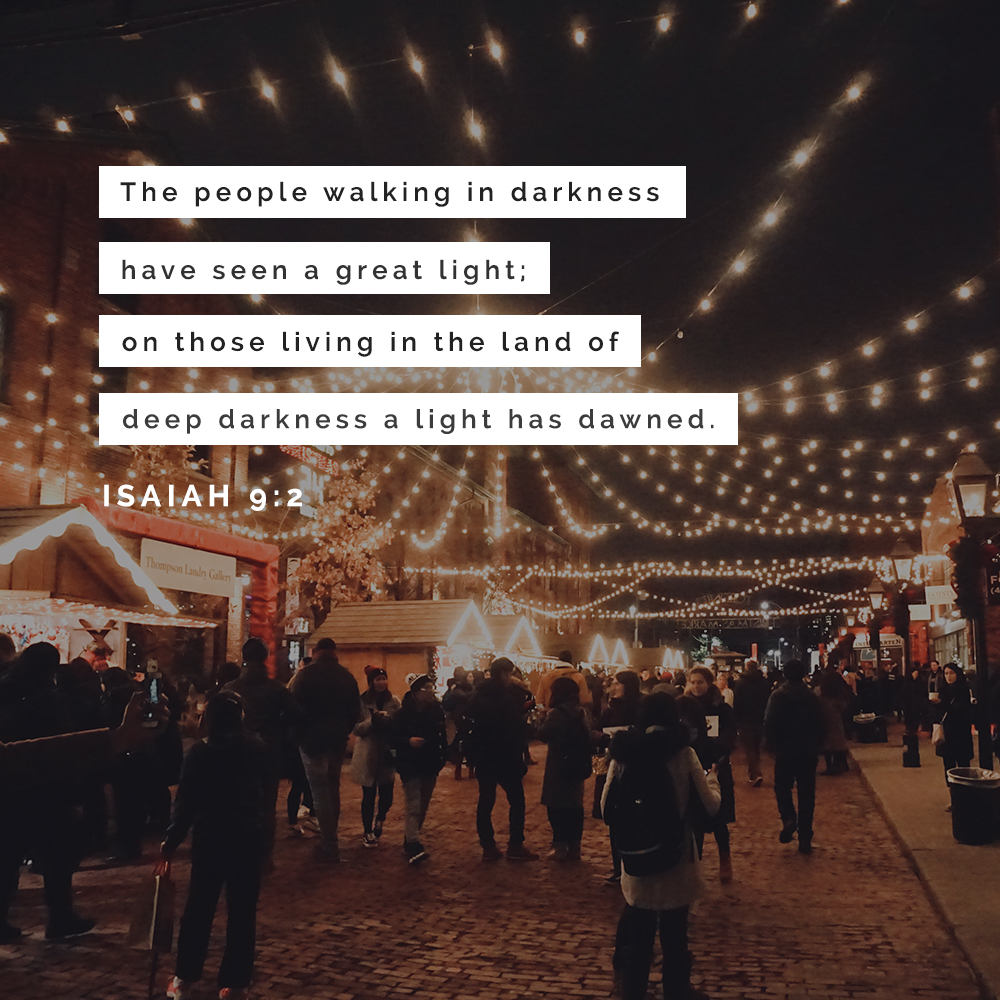 Fame, education, talent, power, and personality do not solve the world’s deep problems of injustice, evil, and war. In fact, we instinctively know this wedding likely won’t change a human heart outside the two central figures who exchanged vows and their future children. Here lies the problem: if all the talent, power, fame, and beauty in the world can’t defeat the anxiety, depression, anger, and angst within your own heart, how could it transform the world?  What can bring it peace?

The promise in the Story of God says, a Child, a Son, and His government or rule. Isaiah 9:2-7 says:

The people walking in darkness
have seen a great light;
on those living in the land of deep darkness
a light has dawned.
You have enlarged the nation
and increased their joy;
they rejoice before you
as people rejoice at the harvest,
as warriors rejoice
when dividing the plunder.
For as in the day of Midian’s defeat,
you have shattered
the yoke that burdens them,
the bar across their shoulders,
the rod of their oppressor.
Every warrior’s boot used in battle
and every garment rolled in blood
will be destined for burning,
will be fuel for the fire.
For to us a child is born,
to us a son is given,
and the government will be on his shoulders.
And he will be called
Wonderful Counselor, Mighty God,
Everlasting Father, Prince of Peace.
Of the greatness of his government and peace
there will be no end.
He will reign on David’s throne
and over his kingdom,
establishing and upholding it
with justice and righteousness
from that time on and forever.
The zeal of the Lord Almighty
will accomplish this.

Everything on His Shoulders

Isaiah poetically introduces a messiah who carries the weight of the world. Meaning, when Mary held Jesus on the first Christmas, she held the shoulders who would carry the injustice of all humanity. The One who would increase joy. Who would be Light. Who would be victorious over death. Born to reign in this world. Jesus. The son born able, willing, and purposefully set on bearing the burden of sin, death, and evil. The whole of everything wrong in our culture, politics, cities, are made right through him and his rule. Through the ruling—or government—of all things rest neatly on his shoulders. He is the prince of peace.

Wherever he reigns, his thriving and flourishing will be there, too! His law is peace. A system transformed! He will uphold it from that time on and forever! The passion of Jesus will accomplish these things. His love for you and me will drive him to this.

He is the One That Changes Everything

In January 2017, President Barack Obama gave his farewell address in Chicago in front of his loving family, his staff, colleagues, friends, and fans. In this speech, the Nobel Prize winner, Grammy Award Winner, Best Selling Author, and Leader of the Free World who had spoken before the United Nations and commanded the most powerful army in the world said this: “What we desperately need in this country is a change in our hearts.” After all the laws fought for, speeches given, fundraisers held, military actions taken, and negotiations won, the “Hope and Change” president looked into the eyes of his country and said: nothing will work unless our souls are transformed. The former president acknowledged, our government will not bring peace. Something else must bring peace. We’re just fumbling around in darkness. We need a different type of king. World peace will not be won through our systems. We need a king. We need a child. We need a son. We need a prince. We need a counselor. We need light in this present darkness. We need Jesus and he changes everything!