How the Long Expected Jesus Came 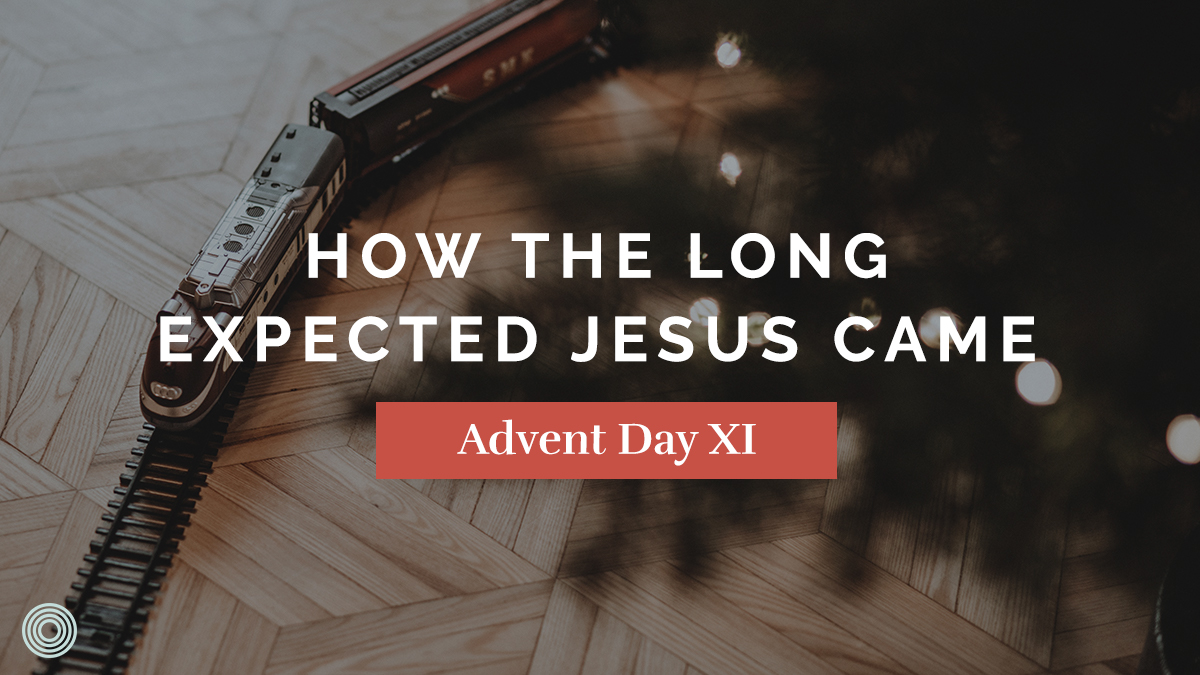 How does the king come? We know He comes to change the world. We know He was born into our world. But how does Jesus come? What is the manner, the posture, the practice of Jesus’ incarnation? Returning to Mark’s description of Jesus’ arrival in Mark 1, right after the description that “Jesus came into Galilee”, we hear He came “proclaiming the gospel of God.”

To the collective of humanity, He comes proclaiming the gospel of God. Jesus doesn’t just come, He comes speaking. He comes announcing. In fact, the meaning of this word proclaiming gives the sense that this is what He was saying over and over again. This is His “stump speech” on the trail of global reconciliation. It’s the topic at every meal. It’s in His casual conversations, Mark writes that Jesus continued to talk about the gospel of God. What is that?

The word gospel simply means important, heralded news. Perhaps most commonly used as the message shared by messengers (or evangelists) coming from the battlefield to update the villages and towns within the kingdom: “The king has won and defeated the enemy! All is well and the war is over and we can enter peace.” A gospel is a newsworthy historical event that must be and is shared. Not only is it “breaking news”, it’s news that changes the lives of the people the news is intended for, whether they hear it or not. If you missed the announcement in the city square, the realities of the announcement still affected you.

Throughout history, there were many gospel proclamations of empire expansion. Each time, the news required a response and brings a change of life, worldview, and reality.

But Jesus doesn’t come proclaiming the gospel of Caesar or Alexander the Great. He comes proclaiming a gospel of God. Here He isn’t the messenger that speaks on behalf of a higher power and a distant war. He’s not just speaking on behalf of God, as priests and prophets do, He’s announcing the arrival of God’s victory that transforms the reality of the community He’s entering into. Jesus is proclaiming the news that God has come to us to defeat the kingdoms of sin, death, and evil and bring about his kingdom of grace, resurrection, and justice. 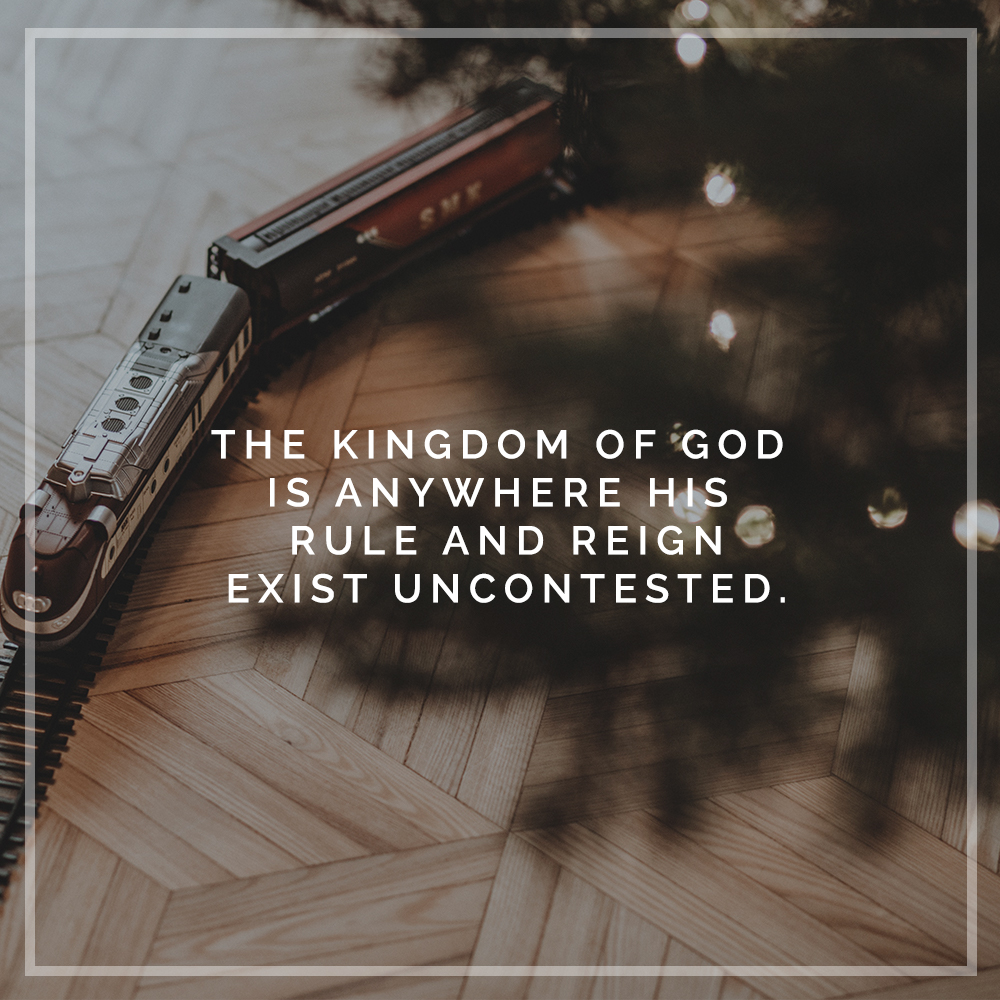 This is important: Jesus is not making a promise, He’s making an announcement with ramifications for everyone. This announcement proclaims God’s character, timing, and His coming to us. It’s good news for us, but it’s about God.

The gospel of God declares His glory, fame, love, and actions taken through His character and power. The gospel is not about humanity, our sin, evil, or death. It’s about God and His unrelenting and just love. The contents: “The is fulfilled, the kingdom of God is at hand.”

The Time is Fulfilled

The first phrase of the good news about God, in Jesus’ ongoing proclaiming is this: the story has reached its climax. It’s not get ready, it’s not wait and see because it’s here. All human history has been leading to this point. Every prophecy. Every longing heart. Every promise. The time is now. Jesus didn’t just arrive to teach us how to leave. He didn’t come explaining the power of love. Jesus’ arrival is the beginning of the renewal and redemption of all things.

The Kingdom of God is at Hand

The Bible describes, in its opening lines, a world created by God, with God, for God, and for a thriving humanity enjoying the fruit of an incredible creator who knows His creation and His creation knows Him. All of this is to God’s fame and glory. Humans were in love with one another, given purpose, fulfillment, and deep community with one another in addition to unity with God. The cry for rescue is inconceivable in the opening pages of the Bible. But then, everything spirals out of control and from chapter three onward humanity collectively cries out for rescue, attempts to rescue itself through power and control, or attempts to find comfort at the cost of others.

The perils of humanity and our rescuing need is described in the Bible as liberation from sin, death, and evil. Or, the power of sin, the penalty of sin, and the product of sin. When Jesus says: The kingdom of God is at hand, He’s describing the rescue mission that has begins in His arrival and is reaching into the depths of humanity’s greatest challenge. The kingdom of God is anywhere His rule and reign exist uncontested. His kingdom is the thriving world He created that knows and dwells with Him. The law of His kingdom is hope, peace, grace, and love. All evil is banished and the presence of God reigns.

The refrain of Jesus’ constant proclamation is: that kingdom reaches into our world. It’s as if Jesus reminds us of the often utilized image in the poetry of the Old Testament: “Yahweh’s arm is not too short to save!” In the incarnation, we can see that promise made true as God reaches into our story.

But also, when Jesus says, “the kingdom of God is at hand,” He’s noting His presence. The kingdom of God has arrived so closely you can touch it! The peace of God is within arm’s reach! The Word of God has become flesh. “For unto you a child has been born, a savior has been given!” Peace is not an idea, it’s a gift of the good king who has arrived.

How does your life proclaim the gospel of God? See, let’s not miss the implication of the incarnation of Jesus and our calling to display the gospel. How does the kingdom of peace get extended in our neighborhoods, towns, and cities? Would those passing us by describe our coming and going as “proclaiming the gospel of God?” Are we making known the fulfilled time and the good news of God’s kingdom?