Sent Where the Sin Is - Saturate
CommunityDiscipleshipGospelLeadershipMissionMissionaryYouth & Teens

Sent Where the Sin Is

The Kingdom is Growing 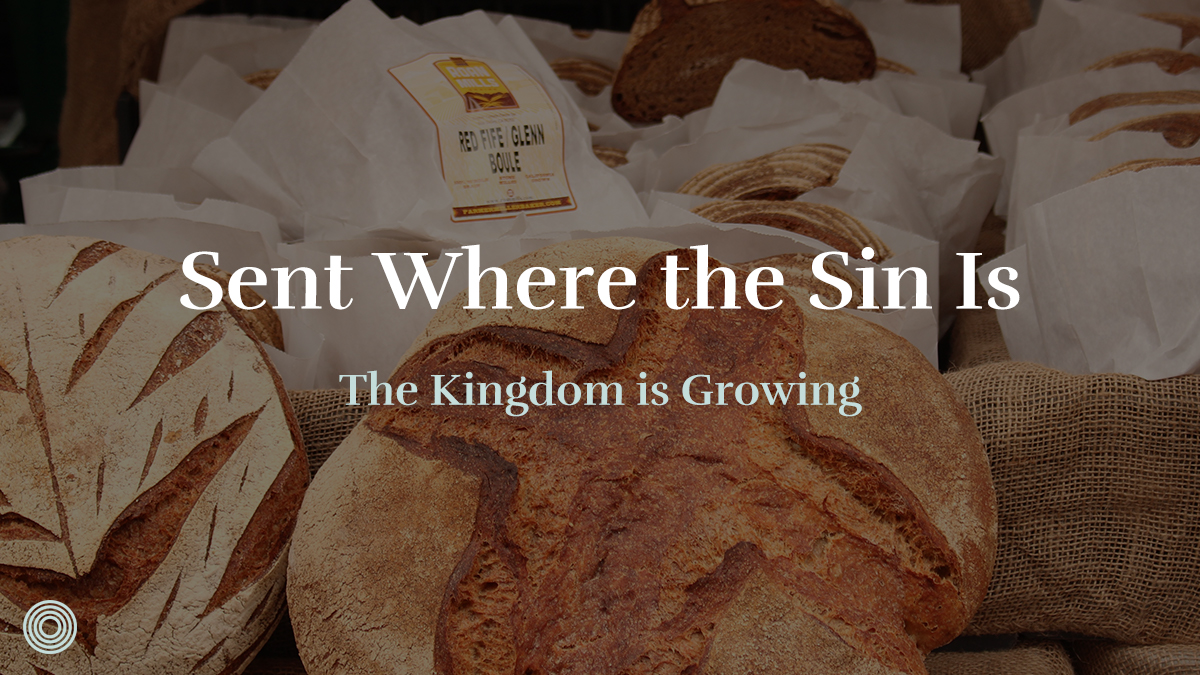 As we at Saturate seek to commission disciple-makers of students (or anyone for that matter), we are confronted with circumstances and beliefs that seems to be stopping many from starting a new work or shifting their current ministry functions.

There is even a breed of Christian fellowship that exists to insulate believers from the brokenness of the world. That lean towards ‘the comfortable way’ might even exist in our own hearts as ministry leaders.  But when our fellowship follows the trajectory of the gospel, it will seek out the difficult places and engage in the kingdom work of restoring all of creation.  Some of those difficult places might be the schools in our community, our places of work, and even our own families.

Jesus said this engagement and work of restoration will be the trademark of authentic mission. God sends us where the sin is.

To get us there, God is constantly letting the air out of our tidy religious expectations. To a first-century Jew who expected their king to ride in with a sword and liberate Israel, there would have been something a little off about the analogies Jesus liked to use. The two in Matthew 13:31-33 are downright bizarre.

Here Jesus is telling us how he will win, how his kingdom will eventually overtake Rome, and how gloriously counterintuitive the power of the gospel will be.

He put another parable before them, saying, “The kingdom of heaven is like a grain of mustard seed that a man took and sowed in his field.  It is the smallest of all seeds, but when it has grown it is larger than all the garden plants and becomes a tree, so that the birds of the air come and make nests in its branches.”

He told them another parable. “The kingdom of heaven is like leaven that a woman took and hid in three measures of flour, till it was all leavened.”

Jesus “puts another parable before them.” An almost invisible seed will be planted in a vast field, and from it will sprout a living organism defying the laws of nature until it grows so dominant that it makes all of its rivals seem like quaint little garden shrubs.

In a society where most families grew their own food, it went without saying that mustard trees don’t exist. Mustard bushes rarely grow overhead high. Birds don’t make nests in their branches. It’s all wrong.

Has this guy ever seen mustard growing?

But this is exactly his point: The kingdom of heaven is like nothing anyone has ever seen before. Jesus is saying in every time and in every place, the kingdom is not growing where you would expect, or in the ways that you would expect. It’s not just unlikely for a mustard seed to grow into a redwood—it’s impossible. 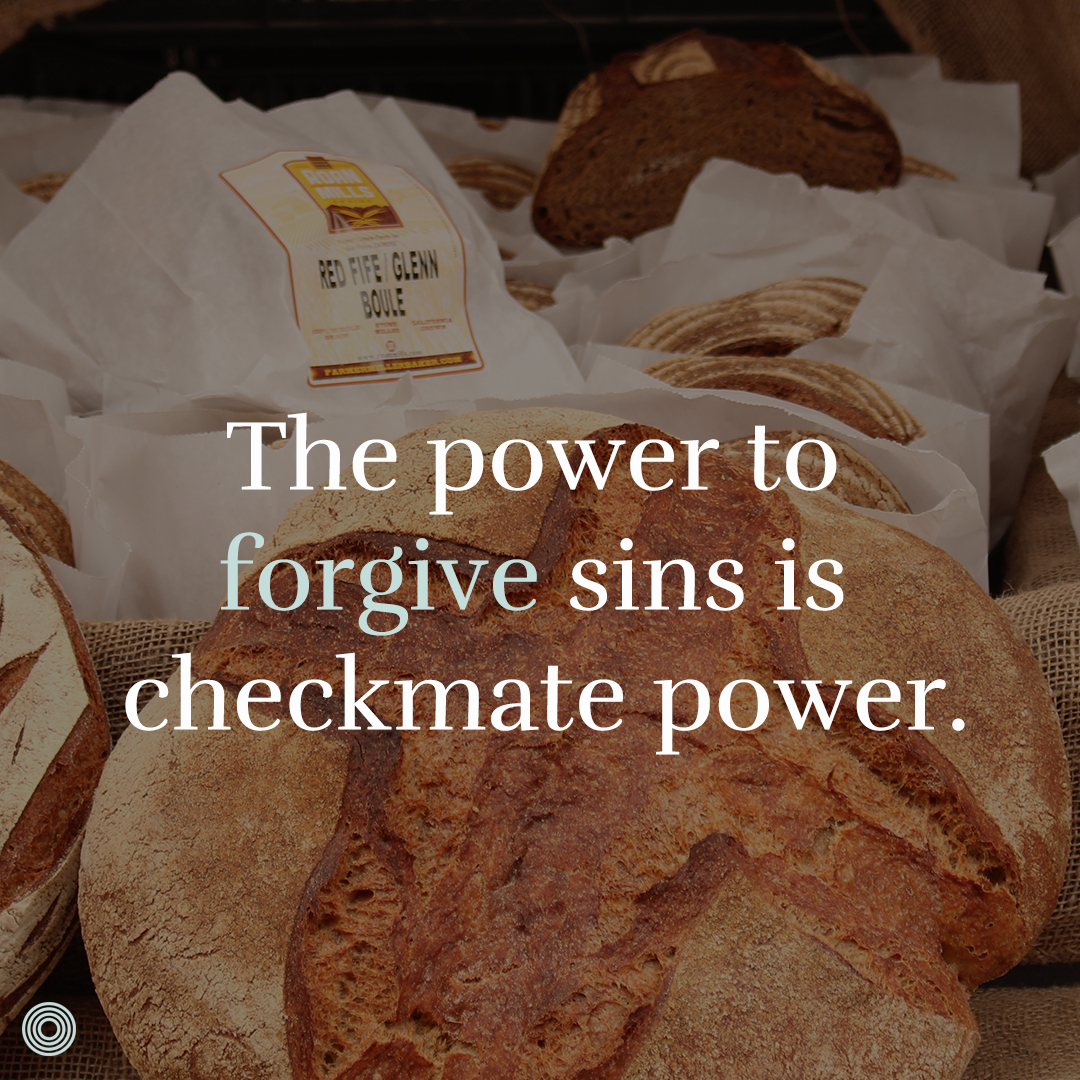 In every Jewish household, leaven was a powerful metaphor for sin. God himself provided the image all the way back in Egypt. Jews would have heard this scandalous comparison and thought, “He just said the kingdom of heaven is like sin.”

Jesus is teaching that the kingdom of God will spread just like sin once spread, going everywhere sin has gone, changing everything it touches, irrepressibly viral—but making all things new. Sin is powerful and persistent: once it gets into the flour, you can’t take it out again. God’s kingdom is like that.

The picture of Jesus’ kingdom comes into sharp focus between these two parables—from its origin to how it grows and, finally, how it will end. Jesus is the humble seed who died and was put in the ground, ushering in a kingdom that spreads irresistibly throughout the whole world. What kind of power can reach into the heart of a man and heal him from the inside out? If you can do that, what couldn’t you do?

The answer is nothing. The power to forgive sins is checkmate power. Jesus can win wars, topple oppressive governments, restore broken marriages, catapult the lazy or self-centered into a life of mission, and even bring a self-righteous person to their knees—all by exposing sin and washing it away with his own precious blood.

Like Jesus’ original audience, we’re still prone to assume that his kingdom is about things we can see, like political power, cultural influence or right theology. But nobody has ever actually seen a tree growing. Instead, the kingdom is revealed in the fruit of undoing at every turn what sin has done in his world. Christ’s kingdom is growing everywhere and every time sins are forgiven.

At the end of history, the kingdom will tower over the earth like a new kind of tree—humility itself reaching to the heavens—because after Jesus was put into the ground, he rose a king like the world had never seen.

I’m thankful for my friends Tom & Sam at GospelThread for the meat of this article and how they see Jesus commissioning us to redeem people & places. Adapted from gospelthread.com commentary on Matthew 13:31-33.

Where might God be calling you to invest your life that currently you haven’t considered, or considered impossible?

Tim serves as an Elder/Pastor with Surfside Church (formerly Groundswell Communities) where he and his wife Allison lead a Missional Community in Encinitas, California. Tim also serves as the San Diego Coastal Area Director with Fellowship of Christian Athletes (FCA) where he works with students, athletes, & coaches. Additionally, Tim coaches defensive line at a local high school and serves as the football program Chaplain.