We’ve Been Brought Near 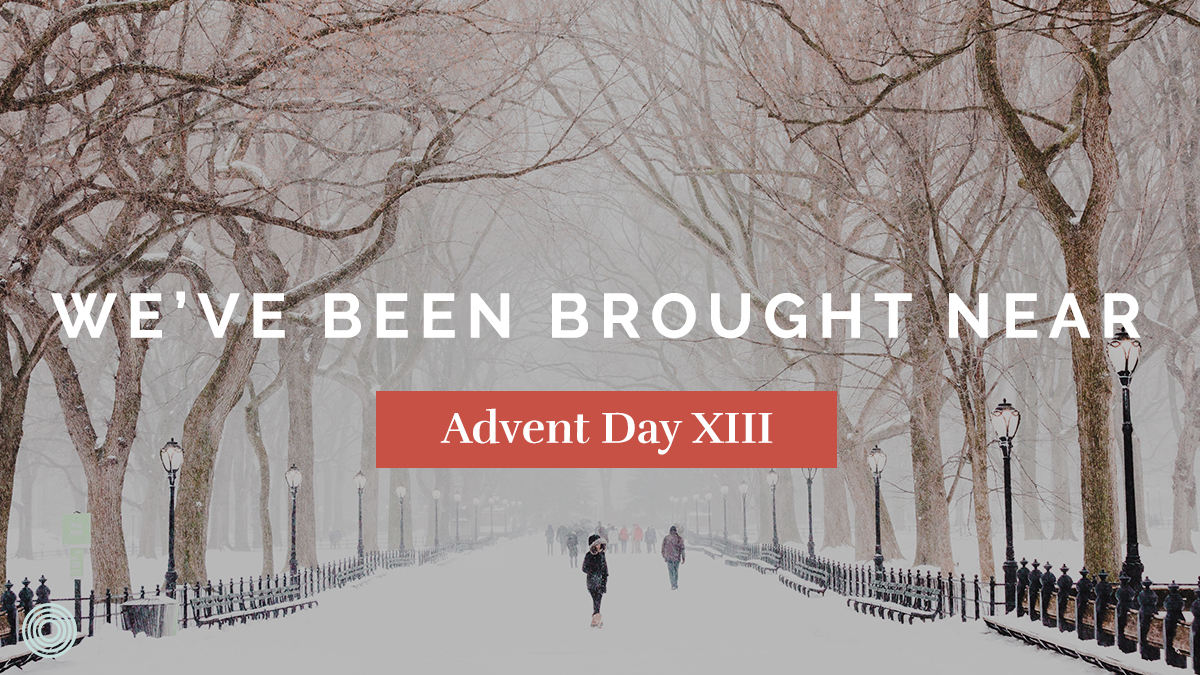 We all have a complicated relationship with the Church. It’s a ruckus communion of saints. It’s for many a place of quarreling, a place of scheming, a place of power, and even for those same people, a place of essential family. Our histories are that kind of mixed bag. Church, who we’re called to be—all of us.

The first Christian church service was on Christmas Eve beneath a chorus of angels and surrounded by shepherds who came to see, touch, and behold the Savior. Angels from heaven and shepherds from fields.

As soon as Jesus came into Galilee, preaching the good news about God, He began calling disciples. He called fishermen and tax collectors. He called the ordinary and the outsider. He formed the relational and tangible environment of hope, faith, mission, love, and joy we call the church. Jesus, even from birth, creates a new humanity that doesn’t form based on salaries, ethnicity, geography, laws, worthiness, or intelligence. It’s formed by Him. Centered on Him. It’s a new humanity. Paul describes this formation of a new humanity in Ephesians 2:14-17 (NIV):

For he himself is our peace, who has made the two groups one and has destroyed the barrier, the dividing wall of hostility, by setting aside in his flesh the law with its commands and regulations. His purpose was to create in himself one new humanity out of the two, thus making peace, and in one body to reconcile both of them to God through the cross, by which he put to death their hostility. He came and preached peace to you who were far away and peace to those who were near.

He Himself is Our Peace

He is Himself our peace. The incarnation of Christ is our peace—our very own. Furthermore, in His flesh, He set aside the commands and regulations, He tears down the dividing wall among insiders and outsiders, and He removes the hostility. This new humanity of love is formed through His presence on earth, not in a tablet or temple but on this earth. It’s why communion is such a marvelous marker at Christmas Eve services; in it, we remember the birth of Jesus as a baby. He had a body. He had blood. He had vital organs, a brain, a need for nourishment. He was God with us! But that baby, with body and blood, born in Bethlehem would one day be given for you and me. 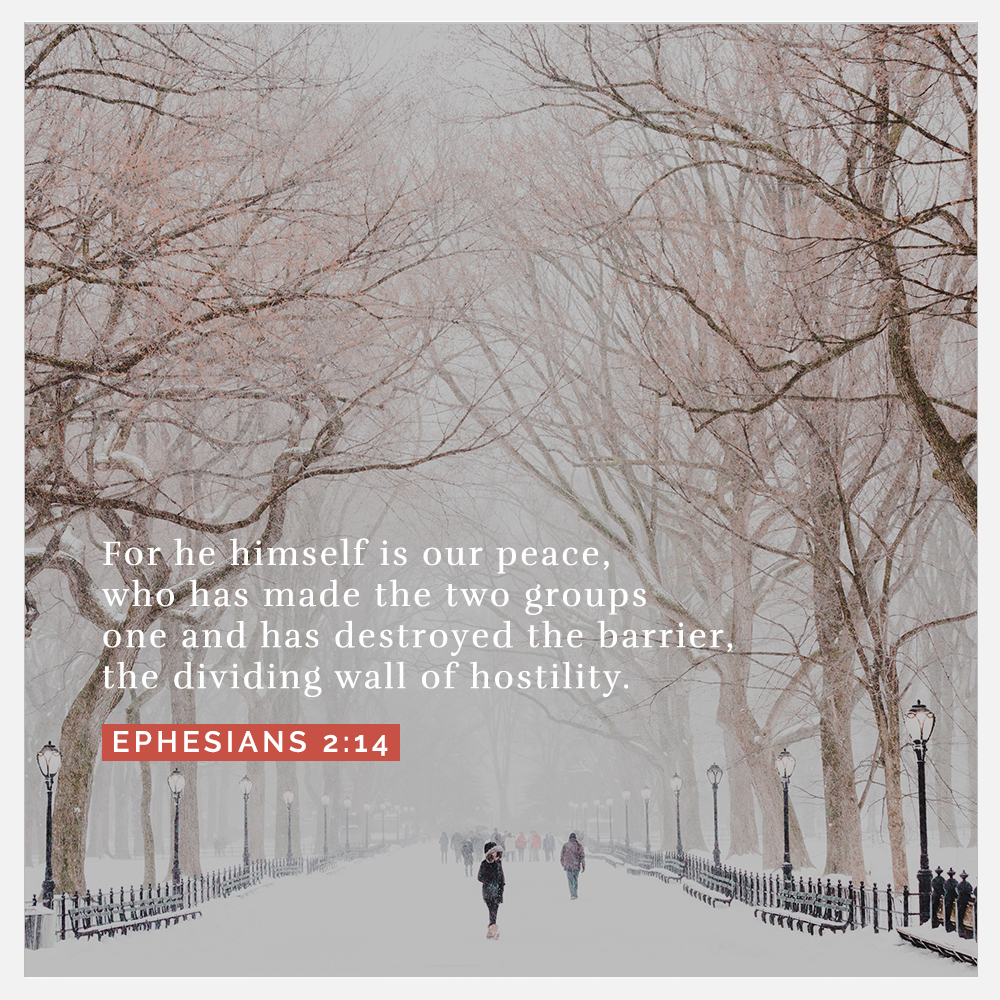 It Was His Purpose to Create One Body

And in that reconciliation we wouldn’t be welcomed into a club, but into a new humanity. A new family. He did this to create a unified people. A people reconciled to one another through His death. He wasn’t just born to set His people free, but to make us together His people. He came preaching the gospel of peace to you and me. To those who were far off and to those who were pretty close. To the older brothers and the younger brothers!

Christ Creates New Community Out of Our Mess

Despite all these tools and ideas, you cannot create a community that bears with each other in love. In fact, I can guarantee there will be awkwardness, empty promises, lies, disappointments, and mini-disasters. Despite all of your attempts to clarify the gospel and the implication that we ought to love one another, the people you lead will not. Your community, more often than not, will feel like it is only a few steps away from falling apart.

This disappointment often brings out the hero complex in leaders. As they help shape a community and begin to watch people grow in caring for one another, they may be tempted to wrap up each person’s story by themselves. As things go poorly for different members or the whole, they rush to solve things. They force conflict resolution meetings, interventions, and tell people what to do next. When things still go poorly, they blame themselves. All the while they’ve lost sight of the Christ who called them to community, the Savior who forms it, the God who leads it.

Other leaders approach this disappointment by looking for new recruits. They look at the chaos of their missional community and conclude, “If only I had some serious, radical Christians this would work. These people just don’t get it.” In the words of Eugene Peterson: “There are no green beret Christians.” While you covet people who “get it,” God has given you a few sorry saints to simply love. Not control and not to dismiss, but to love the way Jesus loved His disciples.

Church, don’t miss out on the transformative joy of growing in love for your fellow brother or sister. Surrender your ideal of community. When you do, the pressure is off and you find Christ forming His people. Allow the gospel of peace to transform your community.