The Meaning of Joy 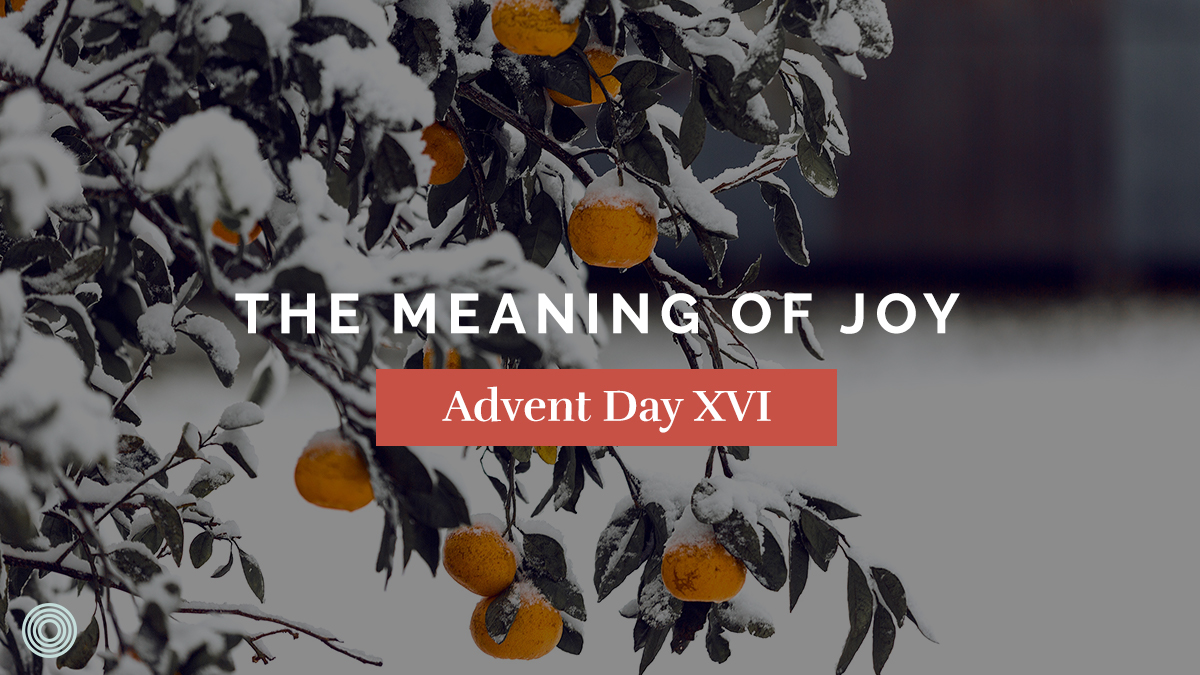 This Advent season has been a delight for me as we’ve walked through hope and peace. Now we turn our gaze toward joy. Our modern dictionaries define joy as a feeling of great happiness. It’s essentially pleasure plus, or extra good vibes. That’s not what’s meant by joy in Scripture. It’s not an exaggerated happiness. It’s completely other. Beyond a feeling, it’s a possession, a posture, and response to reality. And so we dive into this complex theme of joy.

But before we talk about shepherds and choirs of angels and a manager, we must talk about a specific character. The epitome of Advent. The caricature of preparing room: John the Baptist, the cousin of Jesus. Through his life, we learn at least in part, the meaning of joy to the world.

The Preparer of the Way

John the Baptist’s story begins with his parents, Zachariah and Elizabeth. They were faithful, righteous, and longing people. They were expectant, like many of the people in Israel, that one day, God would send the promised rescuer; that after 700 years of being conquered, exiled, and ruled, God would redeem them and rule their lives. Zachariah and Elizabeth were also longing people, longing for a child. They are in the pantheon of biblical couples who struggled through the pain, sorrow, and roller coaster of infertility.

Then, in the midst of unmet expectations for nation and couple, an angel appears to Zachariah—even as he’s performing the task as a priest of reminding God of His promise. This angel makes a new promise. The time is ready. God will accomplish what He set out to accomplish. Get ready. It’s coming. Not only the Rescuer but a son to Zachariah. And this son would be like the prophets of old and he would come as the precursor to the Messiah.

John the Baptist was that promised child. His life carried special instructions and special purpose. His life was predicted in Isaiah 40:3 to be a voice crying out in the wilderness. John that Baptist was born to be that voice.

He was to be like Elijah and he was to remind his people who God is and who they are to be. He was to call them back to worship. His entire role was to prepare the way of for the coming of Jesus. He was to be the pointer and the marker of the coming hope and peace of God. Can you imagine that kind of life? Talk about great expectations. The son of parents that longed for a child for decades! The promised son from an angel to be the fulfillment of promises from the great prophet Isaiah, and to live a life in the pattern of the greatest prophet, Elijah. But, that’s exactly what he did.

He called people into the wilderness to turn towards God. He called them to a life of repentance of sins. Tax collectors, shepherds, and villagers went out to the desert to be baptized as a sign of repentance and longing for the coming Messiah. This is one of the strangest pieces of Jesus’ ministry: it rested on the foundation built by John the Baptist and all the prophets before him. Jesus doesn’t arrive in a vacuum. He doesn’t create a movement out of nothing. No, the way to the hearts of the people was paved by John the Baptist. He was a lone voice. He cried out. He faithfully preached.

His proclamation and life purpose from birth was to point people to the Rescuer, the Messiah. And when his moment came, he didn’t waver. As Jesus approached him at the start of His ministry, John declared, “Behold, the Lamb of God, who takes away the sin of the world!” (John 1:29 ESV) He’s the one we’ve waited for! Go, follow Him! He’s the one the human heart was created to adore, know, and be near. You’ve repented; He will restore. Not long after this amazing moment, John is arrested for resistance to oppression and wicked leadership.

What started as a long-promised life ends in a jail. His followers continue on, but his ministry is at a dead end. After the crowds are gone and the highs of ministry fade, he wonders, Will God do this thing? Is Jesus really the one? He sends some of his faithful disciples to Jesus to ask them this question, “Are you the one who is to come, or shall we look for another?” (Matthew 11:3 ESV)

He’s actually much like his father Zachariah, who when he heard from an angel that his wife, Elizabeth, would have a child, said, “How do I know this will happen? Can you give me a sign?”

John the Baptist is also much like his predecessor, Elijah, who wondered to God, why have you abandoned me—even after he had withstood the pressures of a divine shoot-out with the gods of Jezebel. Elijah checked himself into a cave to simply die. He sat there waiting for something from God.

John the Baptist, like his father and like his hero, found himself longing and doubting amidst the trial of his life. While his life began with promise, his mission thrived, even in the desert, and his key moments in life were handled with great success (he correctly pointed to Jesus and saw many people he led to repentance follow Jesus with belief), now, however, the oppressors he expected Jesus to conquer shackled him into a cell. 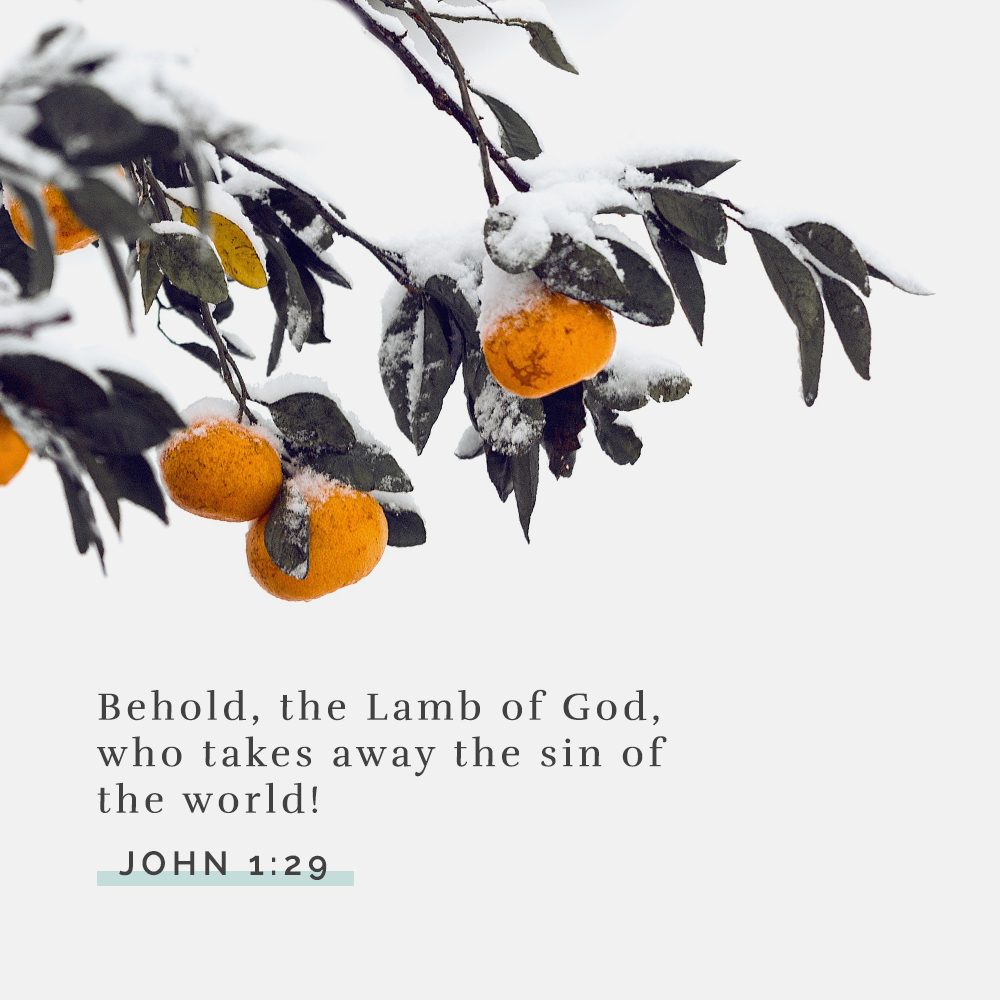 John the Baptist captures my imagination and heart because, in his captivity, he reflects my heart, moments of my story, and probably yours, too.

I’m sure you’ve known trails amidst mission when, through circumstances beyond your control, you see the un-strategic unraveling of everything you’ve worked to build. Bridges to the homeless destroyed. Relationships with neighbors abruptly over. The mission God called you to comes to a dead end—even after thriving opportunities that were God-given. Now, nothing is happening. You’re not making the imaginary cover of “Missional Community Magazine.” You might ask, “Jesus, are you and your Kingdom the one I longed for, or should I look elsewhere?”

I’m sure you’ve also made sacrifices. You’ve welcomed people and children into your homes until the moments of celebration surrender to the way of grief. You might say, I was giving! I was generous! I gave everything! I answered the call and here I am walking worthy of that call! “Jesus, are you and your kingdom the one I longed for, or should I look elsewhere?”

You may find yourself in a desert season where the voice of God seems unintelligible and His hand invisible. After years of knowing His love, you can hardly utter a phrase of worship to Him. “Jesus, are you and your kingdom the one I longed for, or should I look elsewhere?”

In those moments, we often take our place in the lineage of John the Baptist. John the Baptist isn’t jealous of Jesus. He isn’t frustrated with his cousin. He simply wants to know, is Jesus and His kingdom the real deal? Is this really the kingdom? Is this what it feels like? This low, this defeated, this humiliating?

Dietrich Bonhoeffer, the German theologian, pastor, writer, and casualty of WWII, wrote to this very reality from within a concentration camp in his Christmas sermon, “God in a Manger”:

…just when everything is bearing down on us to such an extent that we can scarcely withstand it, the Christmas message comes to tell us that all our ideas are wrong, and that what we take to be evil and dark is really good and light because it comes from God. Our eyes are at fault, that is all. God is in the manger, wealth in poverty, light in darkness, succor in abandonment. No evil can befall us; whatever men may do to us, they cannot but serve the God who is secretly revealed as love and rules the world and our lives.

See, the birth of Jesus, this announcement and reality of joy, nails this truth into the foundation of the world: God is in the mess. God is in our mess. He’s in our community’s mess, our nation’s mess. He was born not just figuratively but literally into the low, the vulnerable, the disastrous, and the unmet expectation.

Jesus responds to John’s question by continuing to heal—amidst the mess—and then affirm’s John the Baptist’s identity as His messenger. Jesus goes on to tell the crowds around Him that John the Baptist is more than any other prophet. His life and his purpose didn’t have a match. The man who ate bugs, led a nondescript revival in the desert, and now awaits death at the whim of a false king is exactly what God meant and how God meant him.

Returning to Bonhoeffer, he goes on to write:

God travels wonderful ways with human beings, but he does not comply with the views and opinions of people. God does not go the way that people want to prescribe for him; rather, his way is beyond all comprehension, free and self-determined beyond all proof. Where reason is indignant, where our nature rebels, where our piety anxiously keeps us away: that is precisely where God loves to be. There he confounds the reason of the reasonable; there he aggravates our nature, our piety—that is where he wants to be, and no one can keep him from it.

Only the humble believe him and rejoice that God is so free and so marvelous that he does wonders where people despair, that he takes what is little and lowly and makes it marvelous. And that is the wonder of all wonders, that God loves the lowly…. God is not ashamed of the lowliness of human beings. God marches right in. He chooses people as his instruments and performs his wonders where one would least expect them. God is near to lowliness; he loves the lost, the neglected, the unseemly, the excluded, the weak and broken.

God chooses people and performs His wonders where we least expect. God in a manger. God is near the lost, unseemly, weak, and broken. And this, Church, is joy. These are the wonders of His love. God is near, and you in the jail, in the hospital, in the foster care system, in the pastor’s office, in the waiting, in the welfare line, and on the comfy couch in an isolated home on a nice, paved street, God performs wonders. He comes, and no one can keep Him from coming. Because to you, a Child is born, a Son is given. Jesus has come to the ones we would least expect—you and me. Joy is found at the dead end, even the dead end of a mission where the longing for another heaven greets the present of heaven on earth.