Good Times Have Come, So Go Tell it On the Mountain - Saturate
DiscipleshipFoundationsGospelIdentitySaturate PodcastSpiritual Growth

Good Times Have Come, So Go Tell it On the Mountain 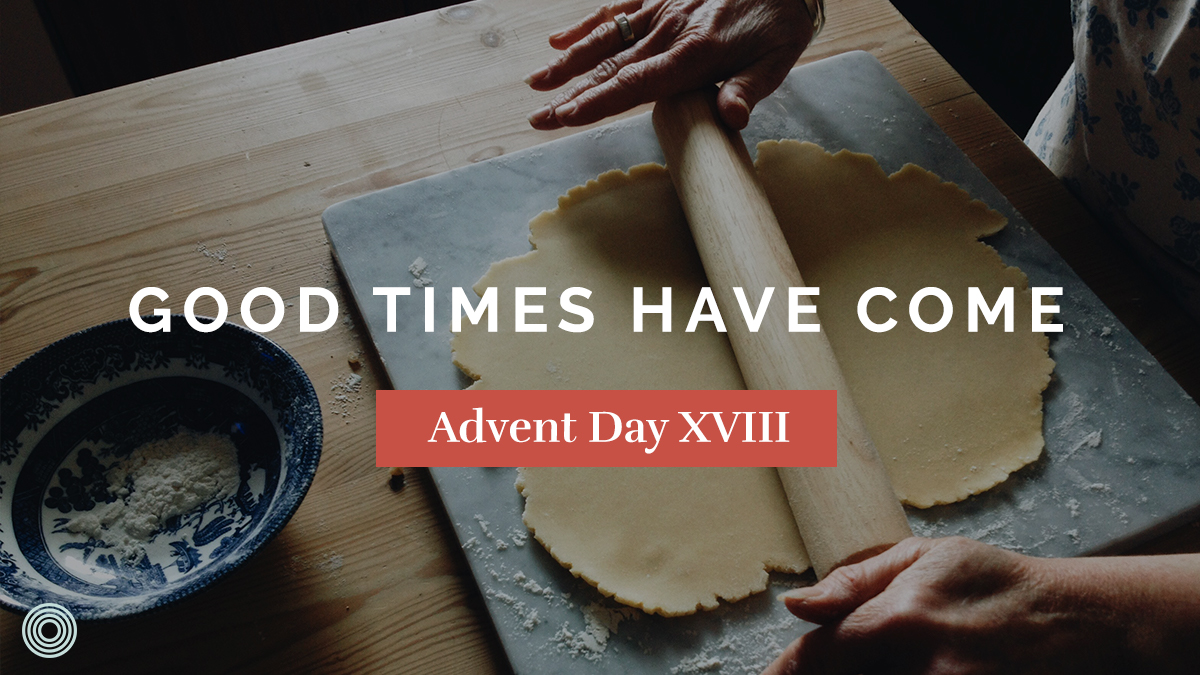 We tell the stories that matter most to us and our world. The stories you tell at parties, over dinner, and even in small talk have two overlapping qualities: you like them and you think the people around you will like them as well. The stories we tell reveal what matters most to us. Families have stories that are so important they get told over and over again. The way into the family is to know them. One of my family’s revered stories happened last year.

Last November, our first Christmas in Los Angeles, we found, after much research, a farm only an hour away that allowed you to cut down your own Christmas tree. So, we loaded the kids, a good friend, and my wife’s aunt into our van and drove out of Los Angeles to fulfill our family’s destiny. The farm was nice and we found a good tree, cut it down, and carried it down the hill. They measured how tall it was, we paid, and a nice teenage boy who worked there carried it to our car and tied in on our roof. And then we were on our way back home over the dry, rolling hills of the 101. It was a beautiful day and drive with a healthy soundtrack of James Taylor and Mariah Carey. Then, as we were driving 70 miles per hour through traffic we heard something on the roof. Then out the back of our van, we saw it – our tree tumbling behind us. Mirela (my wife) shouted, “Our tree!” and our children turned in their seats and saw what we all saw – our $90 hand-picked tree rolling down an LA freeway. Our oldest daughter wept, “This is the worst Christmas ever!” Our second cried, “Let’s just go to Target and get a fake tree!” Our son finally realized what had happened and just cried. I was in shock. Amidst the wailing, Mirela and I tried to figure out what to do. I wasn’t about to go back and get another $90 tree and I wasn’t going to Target either. Mirela decided the best thing would be to go back and try to get what was lost, to redeem the very tree that bailed on our family Christmas. 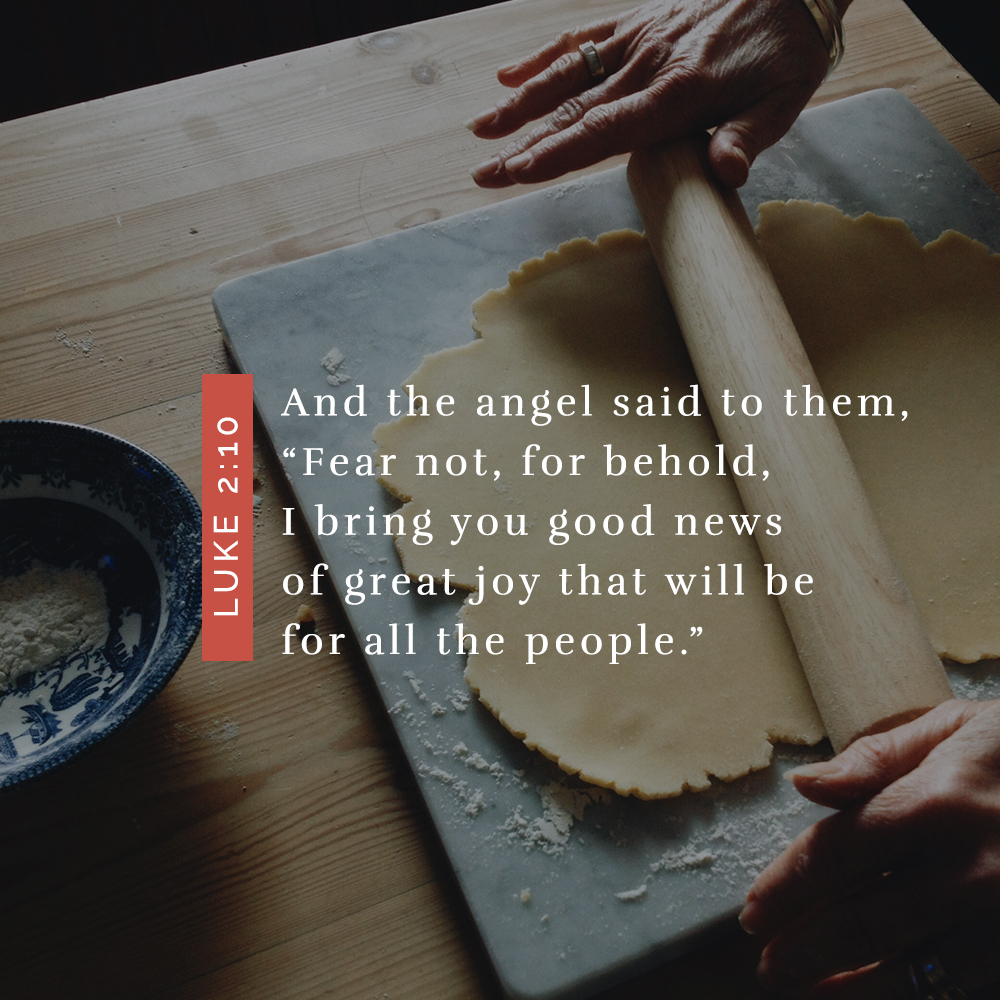 Reluctantly, I turned around. We drove three miles back before circling back looking for our tree. Our children were filled with some glimmer of hope. I was certain we would add salt to their wounds when they saw the trampled and destroyed tree. But, there it was, sitting neatly on the edge of the left-hand lane and fortunately in a small stretch where there was a shoulder and space to pull our van off to the side of the highway. Then, in my finest and dumbest moment as a dad, I ran down the highway, grabbed our tree, ran back, and shoved it inside our van. I had saved Christmas. The children cheered, the signing continued, and we haven’t stopped telling the story because it makes us happy and those we tell it to laugh. It invokes a response, a memory, and for those of you reading, it brings you into my world and my family.

The good news announced by the angel in Luke 2:10 is a story that causes great joy for all people. It’s a story that gets told often.

Angels and Shepherds Tell the Story

The storytellers are angels—creatures from the Kingdom of heaven—and shepherds—creatures from the wilderness. The angels only share the story once. They go to the shepherds, scare them, declare the good news of the birth of a child, and where to find Him. The shepherds respond by racing to find and see this Savior and baby for themselves. In fact, they tell each other, “Let’s go and see this thing that has happened!” (Luke 2:15 NIV). This is important. The good news and the story is historical. It’s an event that has occurred and now they are going to see it themselves. That’s the power of the angels’ story. They tell people who respond by going and seeing. They enable space and they give direction; this is where you will find salvation, glory, and peace. Go there!

How often do we tell that story with that kind of invitation? “Here’s the good news of Jesus. Come be part of my community to see Him for yourself! Here’s where you go to find that love and forgiveness.” I’m convinced one of our biggest weaknesses in evangelism is not just telling people the story, but telling them where they can continue to look for Jesus after we’ve told them. We struggle to invite and direct them to the spaces where Jesus is on display.

But the angels aren’t the only messengers. The shepherds go and find the baby, and after they had seen Him, they spread the word. All who heard it were amazed! Shepherds became like angels. They became newsmen. But, they also returned. The shepherds went back to Jesus. They went out telling and they came back praising. They gazed at Jesus and told others about His coming. They made known the glory and peace of God.

The gospel is a story, not a list of facts. It is the story about God redeeming, rescuing, and recreating His creation. The story of God is about Him taking it upon Himself to save us from death and bring us to life. The gospel is the true story and only trustworthy account for what has been done to redeem the world. The story is good news. The gospel is the compelling story that doesn’t fall flat on meaning, the story that satisfies our longings for purpose and joy. It is the greatest story because it instructs us on how to live with faith and in close relationship with God. Furthermore, it creates a community. The story of God makes a new people characterized by grace, because the story is about grace. The community is centered on God because the story is about God. This is a story the world must hear. We like the shepherds, are lowly and unworthy, and God not only comes to us, but works through us. He raises us to the incredible position of telling His story throughout our town, neighborhood, and world.