What Is the Jonah Story About? - Saturate
Bible & TheologyDiscipleshipFoundationsGospelMissionMissional CommunitySpiritual Growth

What Is the Jonah Story About?

God’s Pursuit of Jonah and the Wayward City 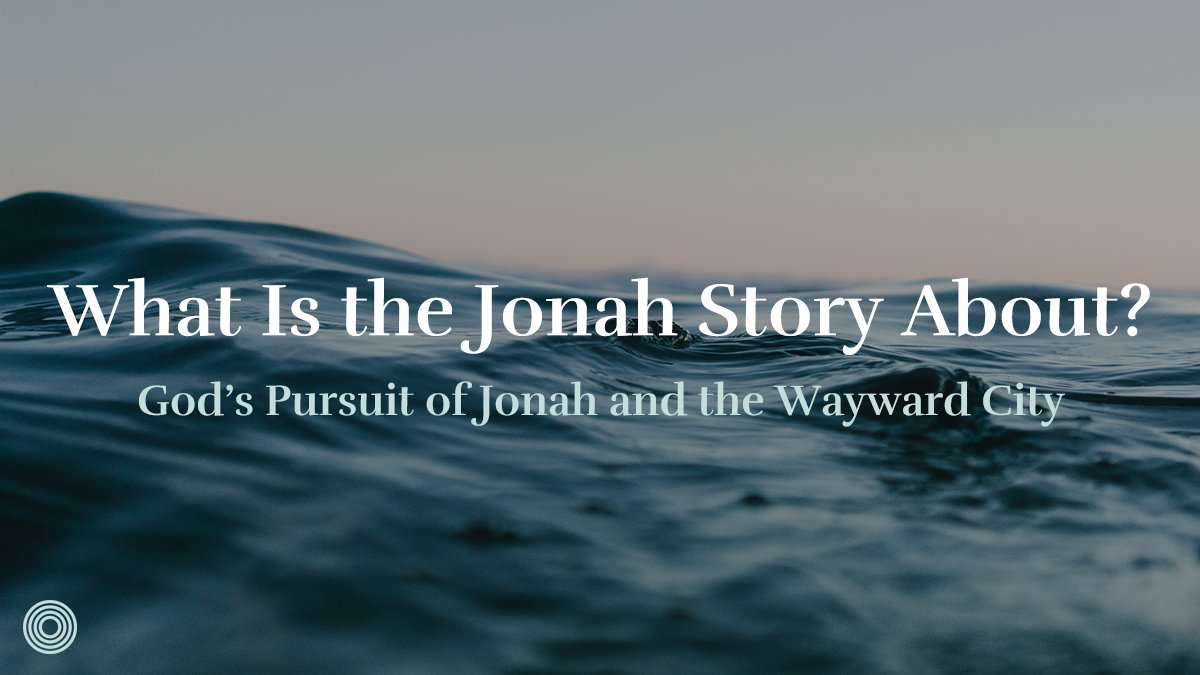 This blog post is an excerpt from the introduction of our newest resource, an Everyday Discipleship Study on the book of Jonah. This study launches Monday, Jan 6th but you can download the first chapter for free now!

Jonah is a story about a sour prophet on the run. It’s also a story about a large fish with an appetite for prophets. And, it’s the story of a rebellious city sprung into a revival of repentance. But, it’s first and foremost about God and His mission. He gets the first words, and He gets the last. He is the cause and the conclusion of this story. To journey through the book of Jonah is to go on a long walk into the heart of God and His passion to make Himself known to all people.

“Mission arises from the heart of God himself, and is communicated from his heart to ours. Mission is the global outreach of the global people of a global God.” – Christopher Wright, The Mission of God

A very accurate title of this book could have been: God’s Pursuit of Jonah. Each chapter is about God’s mission to those closest to Him, who hear His voice, participate in His mission, and walk in His ways. God, in this powerful story, pursues the heart and soul of the one He sent. God pursues Jonah from the first words when He calls him and sends him on a mission to Nineveh. Then, through the storm, through the fish, through the proclaiming of God’s message in the city, and ultimately through his complaints, God pursues Jonah. Jonah, it becomes clear, needs pursuing. Yes, he’s done a lot of things for God, but he doesn’t understand Him. He doesn’t understand the motivation of God and His mission. He doesn’t understand grace.

Perhaps, that’s you. You’ve grown up or been part of the “church” for so long you can’t remember being on the “outside.” You walk in obedience, you do the right things, you even care about people, and you’re making sacrifices for God’s mission. Maybe you “live intentionally” and love some of your neighbors. You might daily hear from God. You might even believe the story of Jonah is about the consequences of disobedience: “Don’t be like Jonah; if you disobey God, He’ll hunt you down and make you do it anyway but only after He’s made life miserable!”

But I wonder, do you live in His grace? Do you live under His pursuit of your soul? Has God captured your heart in such a way that everything He calls you to isn’t a burden to accomplish but a joy?

Here’s the truth for you in Jonah: God is not done with you. He’s pursuing your soul. You’re not on God’s mission, you are God’s mission.

The book of Jonah is also the story of God’s pursuit of the outsider and those far from Him. It could also very accurately be titled: God’s Pursuit of the Wayward City. In this story, God pursues the sailors who worship other gods, an evil king, and a warmongering city that has tormented its neighbors. As the story unfolds, it becomes clear that God not only wants to do something in Jonah’s life, but He wants to make Himself known to the most despicable. God loves, has compassion for, and even purposes His entire self in pursuit of the most distant.

God’s Pursuit for Humanity: The Masses and the Personal

This book gives us an imagination for revival among the hardest of souls. It tells the story of multiple unlikely conversions. In the end, we discover why God cares about mission: because they’re people He’s made. God tells Jonah, “This is a great city with countless people. How can I not have mercy?”

If you remembered that you are God’s mission while on His mission, how might you live differently?