What’s the Point of the Resurrection? - Saturate
ApologeticsChurchFamilyGospelKidsMission

What’s the Point of the Resurrection?

The End of Death & Self-destruction 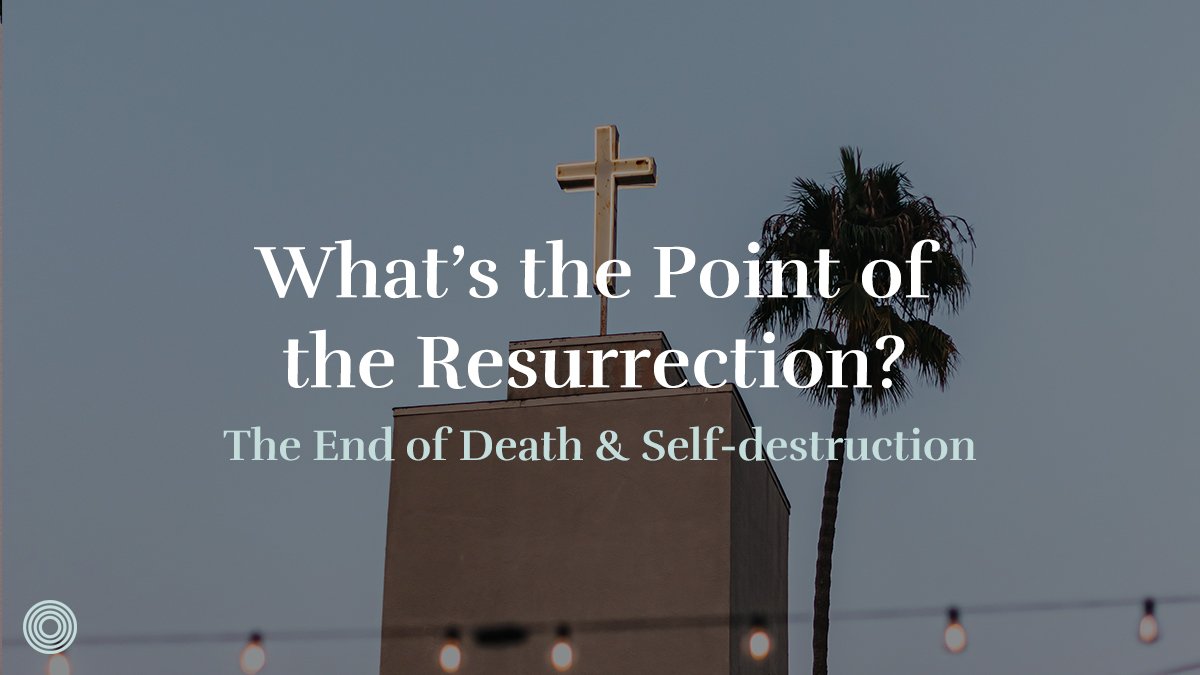 We’re about to embark on perhaps the strangest and best Easter of our lives. It will be an Easter without large brunches, egg hunts, and large worship services. In fact, it will be an Easter of sheltering in place, rising infection numbers, live-stream services filmed in empty buildings, and news from around the world of lives cut short.

We’re in a historic moment. It’s hard to grasp, but 9/11 has been supplanted as the most life-altering event of my lifetime. The world is and will be different now. For many of us, the world is more dangerous. The world is more feeble. The world is less reliable. We look to the carnage of human life and it might be easy to wonder this year: What’s the point of Easter?

Easter’s claim is Jesus breaks the human cycle of destruction.

One question you might have is “Why?” What’s the point of the resurrection? Is it just a way of getting attention? Was it meant to prove something? To get at the “why” of the resurrection, we need to consider it as part of a larger narrative—a bigger story. How does the seemingly nonsensical resurrection of Jesus make sense of the history of humanity? What is the greater story in which the resurrection takes place? The biblical story shows how the resurrection reshapes history through four scenes:

Creation of the World

In the beginning, God created everything, and it was good. The world was a place of universal thriving, filled with rivers, animals, plants, and the crown of God’s creation—humanity. God creates a man named Adam and a woman named Eve. The first couple is given abundant provision for human flourishing. They had life (full and vibrant relationship with God and one another) and purpose (created in the world, reflecting God’s image, and caring for the world). Adam and Eve had it all.

Then the first humans disobeyed the single prohibition God had given to them. They didn’t trust God; they failed to believe in His goodness, and they rejected the purpose He had given to them. The results were devastating. Immediately, they sensed shame at what they had done, and they hid from God and blamed one another. Their relationships were filled with discord. They lost their vibrant life with God and broke trust with one another. Sin, death, and evil entered human history.

This sounds familiar. This is the world we inhabit: one filled with guilt, shame, isolation, distrust, guilt, and fear. We can identify with a humanity seeking one thing after another for satisfaction, comfort, approval, and significance. This is the human cycle that always ends in death and isolation from God. Until Jesus. 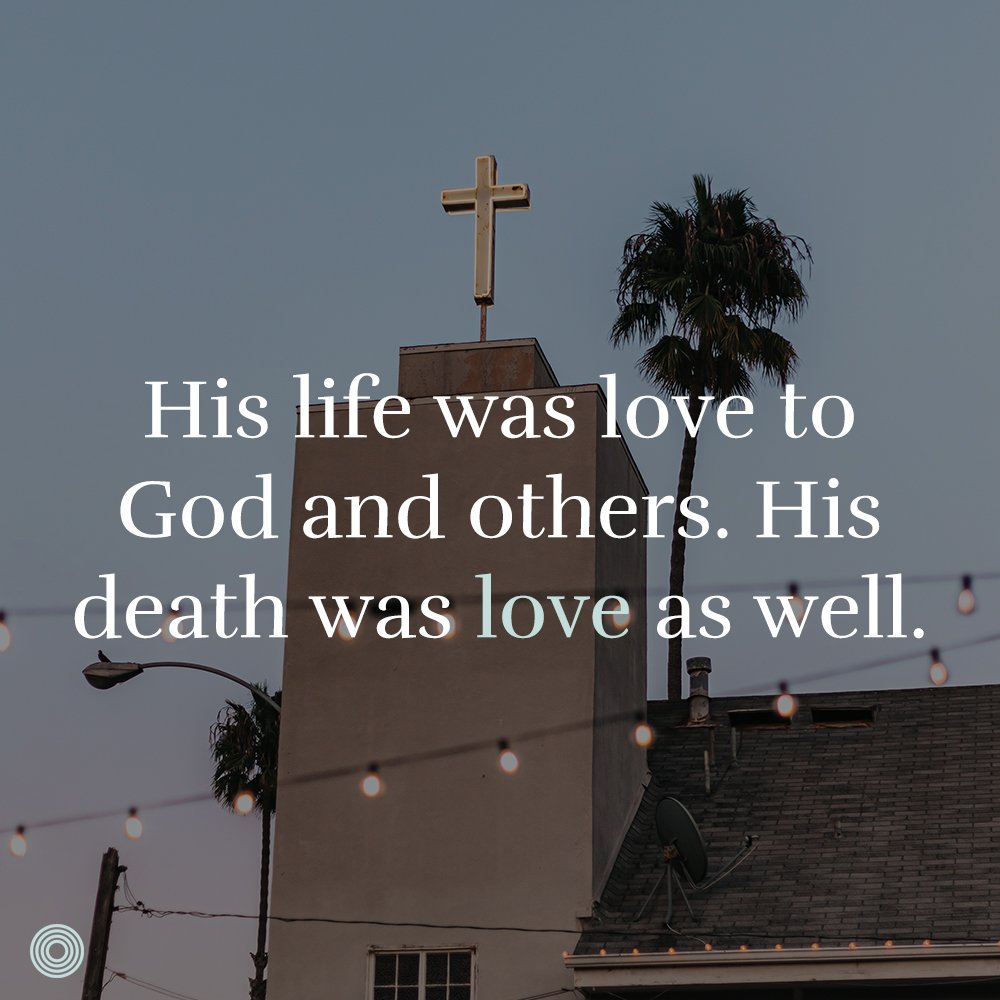 Jesus enters to break this cycle. He was radically obedient to God, loving His enemies, serving the helpless, teaching God’s Word, and keeping God’s commands even as He suffered rejection, scorn, trial, imprisonment, scourging, mockery, torture, and bloody crucifixion. He was a blessing to all who knew Him, even extending blessing to those who conspired to kill Him. His life was completely other. It’s other because His satisfaction, comfort, significance, and approval wasn’t gained through things. He didn’t use people to gain it either. His life was not a perpetual cycle of self-destruction through consumption.

The scope of Jesus’ death sets Him apart as well. Jesus’ sacrifice was not for a few, but for many. The sacrificial benefit of His death crosses ethnic, cultural, and even temporal lines. In Christ, we see a selfless death on behalf of all humanity. His life was one of complete surrender, sacrifice, and giving of Himself. In other words, His life was love to God and others. His death was love as well.

Lastly, Jesus’ life and death are cycle-breaking because He was raised. The striking point about Jesus’ obedience is that He was obedient not only to the point of death but also to the point of life. Jesus died to defeat sin, yes, but He rose to defeat death. Jesus’ crucifixion sets Him apart from all of the other martyrs of history because He did not remain dead. The grave could not contain Him. We should not even call Him a martyr; He’s the death-defeater. No longer does human life orbit around constant sin, the presence of evil, and certain death.

The resurrection is the best available story of hope, redemption, and restoration. It’s also the True Story. If you don’t believe it, you at least long to believe it. Jesus’ resurrection from the dead is expectation-defying. Jesus breaks the human cycle of self-destruction.

Adapted for Saturate from Raised? Finding Jesus by Doubting the Resurrection by Jonathan Dodson and Brad Watson (Zondervan, 2015). This is a great resource to share with friends and skeptics during Easter. Learn more at raisedbook.com.

How is Jesus’ resurrection empowering you to end your cycle of self-destruction?