How the Hope of Belonging to Jesus Shapes Our Politics

Politics with Jesus in Mind | Part One

By Michael SullivanJuly 6, 2020 No Comments 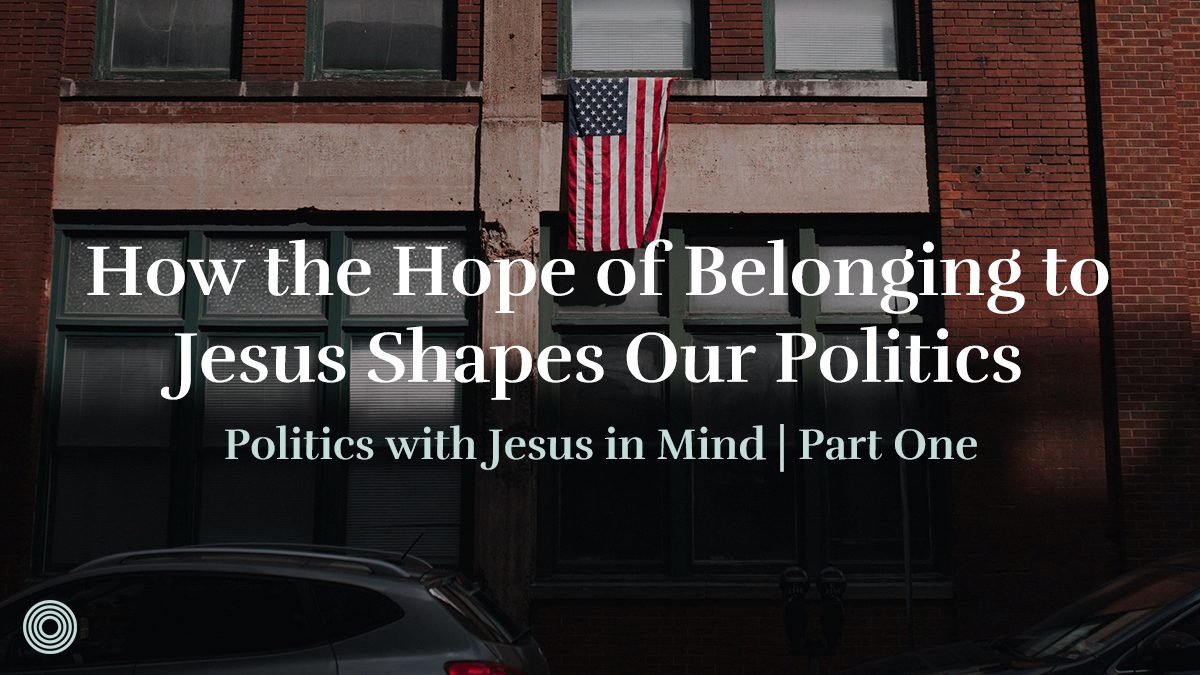 To Become a People Who Consider What to Say, How to Say It, and Are Quick to Listen and Be Cruciformed Along the Way

Recently, I was generously invited into a conversation among much wiser friends who were asking questions in relation to how we participate in current U.S. political discussion in our 21st century culture among people with traditional and progressive, conservative and liberal views. One of the considerations is how we reveal if Jesus informs our politics and passions, our fears and hopes, our words and our actions. Are we driven by a spirit of fear, or the Spirit who empowers us to speak with love and self-control among those with differing views (2 Timothy 1:7)?

I think Jesus Himself spoke well about our need right now when He said of Himself in John 12:49: For I did not speak of my own accord, but the Father who sent Me commanded Me what to say and how to say it.

And I think his half-brother James provides wise instruction that he most likely learned from his older sibling: If any of you lacks wisdom, you should ask God, who gives generously to all without finding fault, and it will be given to you. … My dear brothers and sisters, take note of this: Everyone should be quick to listen, slow to speak and slow to become angry (James 1:5, 19).

We are in the midst of such sensitive, polarizing, and necessary conversations that are occurring and will continue to grow in frequency as we lean into the November elections. With our country’s historic injustices revealed again, our parties clamoring to hold our attention, and a pandemic patiently keeping pace, many of us are looking for wisdom beyond ourselves.

I need to grow in not only knowing what to say, but how to say it. Imagine this with me: how magnetic and inspiring would a community of people be who consider not only what they say, but how they say it, and are quick to listen, slow to speak, and slow to become angry with others who disagree with them? I think such a people who have a hope and security in Jesus and His Kingdom like that would reveal their lives to be built upon a rock that can’t be shaken no matter what the political storm. I’d like to be part of such a community. Perhaps you do, too.

This 3-post series is intended to help some of us become women and men who can help form communities like this. My hope is that these posts would provide some ideas, questions, and resources that might inspire us to become more Christ-like in a cross-like (i.e. cruciform) sacrificial posture in our political discourse so that we are not only testing what we are consuming but also testing what we are communicating. And when I write “we,” I mean not any of “them” we tend to distance ourselves from, but each of us who needs to first evaluate if we are seeking first the Kingdom of heaven and Jesus’ restorative justice and righteousness instead of other lesser castles. As one ancient author who was writing to a community of people divided by their cultures, ethnicities, customs, and policies while living under an imposing, yet insecure empire that did not recognize Jesus as God and King said: The Kingdom of God is not a matter of eating and drinking [what one likes], but of righteousness and peace and joy in the Holy Spirit (Romans 14:17, AMP). 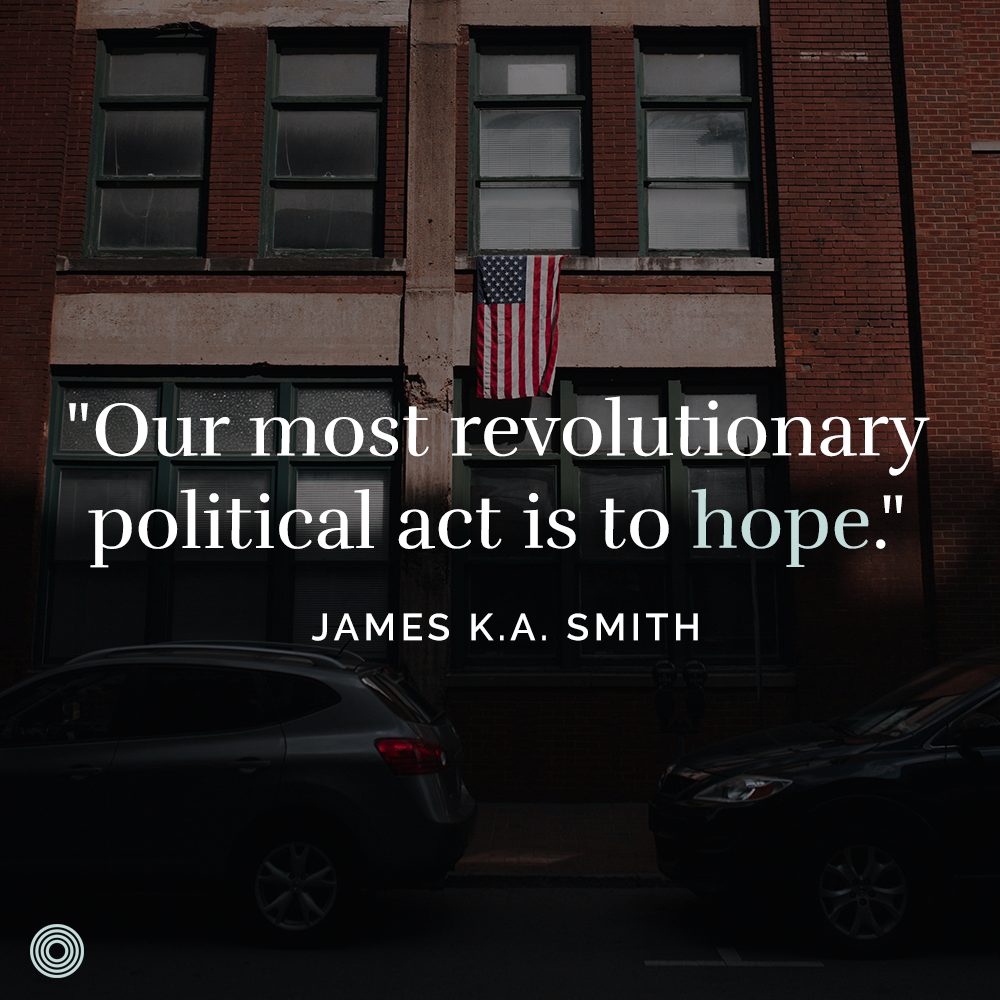 I don’t know which way you and your friends and family may lean in relation to U.S. politics (i.e. Democratic or Republican, both, or another ideology), but some considerations for those who are curious about how much the Kingdom of God shapes their view of politics might be provided through looking at these four Bible Projects videos focused on:

In committing to watching these 20 minutes of videos alone and then with others, a couple people or a group of people might begin a conversation in relation to the Story of God we get to live in and why, as well as how we are called to anchor our hope in Jesus’ Kingdom reign in the midst of the U.S.’s current political scenario.

Some initial questions that could be asked before and after watching the videos are:

+ Gospel of the Kingdom: What is your definition of the gospel of the Kingdom? How do you/we continue to learn how to submit our current Western U.S. politics (whether more conservative or liberal, traditional or progressive) to the reign of Jesus and His Kingdom?

+ Justice: Do you tend to think of protection, justice, and governance more in a retributive way or a restorative way in relation to current U.S. politics? Why? How are followers of Jesus as His Kingdom of priests to uphold both justice and righteousness with humility and honor among other people regardless of political, ethnic, or religious differences?

+ The Way of the Exile: How do you feel like an exile right now in politics? Do you think God could have you in this position in U.S. politics for His good purposes to help you learn how to be an even greater blessing to others? How might accepting your position in exile be used to bless those around you?

+ Biblical Story: If we live in the biblical story, how can we continue to remind each other that we are born again to a living hope in Christ as we seek Jesus’ Kingdom first and His justice and righteousness today?

If we can be quick to listen to God’s Word and each other in looking for answers, I think we can take a step forward in fulfilling what Christ Presbyterian Church pastor and author Scott Sauls wrote: There is something incredibly attractive and inviting about people who stop pointing fingers and posing and pretending to be totally good and totally right, and instead start taking themselves less seriously and openly and freely admit that they are not yet what they should be (Scott Sauls, Jesus Outside the Lines: A Way Forward for Those Who Are Tired of Taking Sides).

>> Continue reading Part 2 of this series: The Story of God and Our Practices of Justice Today.

Check out the videos from our Gospel + Politics webinar series. 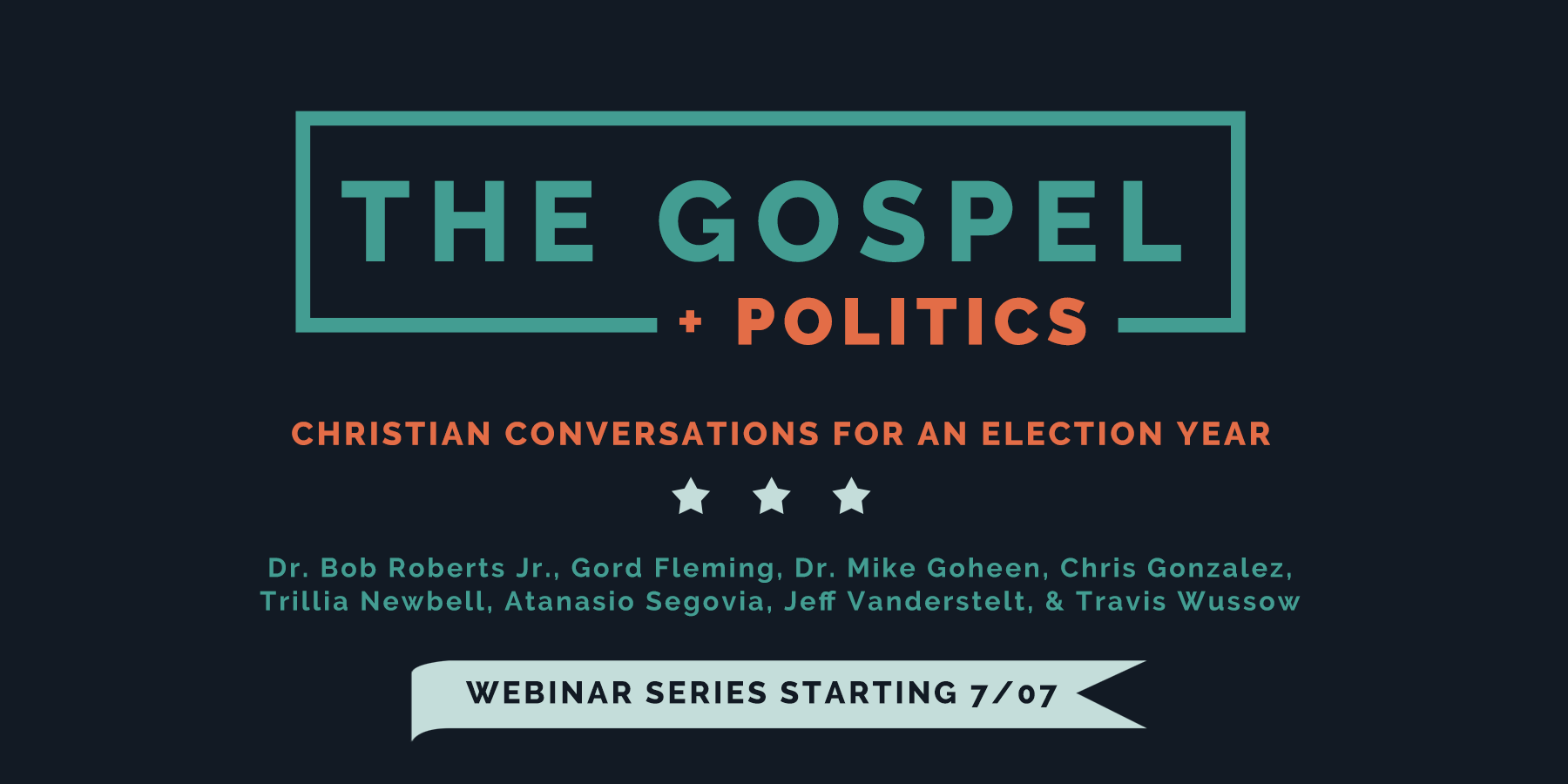 Mike "Sully" Sullivan has lived in the Midwest, Southeast, and New England areas of the U.S., and is proud to call Worcester, Massachusetts his home. Mike is an ordained commissioned pastor in the Christian Reformed Church, and a church planter in the Soma family of churches. He has the privilege of being a brother, friend, neighbor, and pastor with Emmaus City Church in the city of Worcester alongside his wife, kids, and their dog, Rayla Furiosa.