Seeking Understanding for the Sake of the Mission

By Kendrick BanksAugust 5, 2020 No Comments 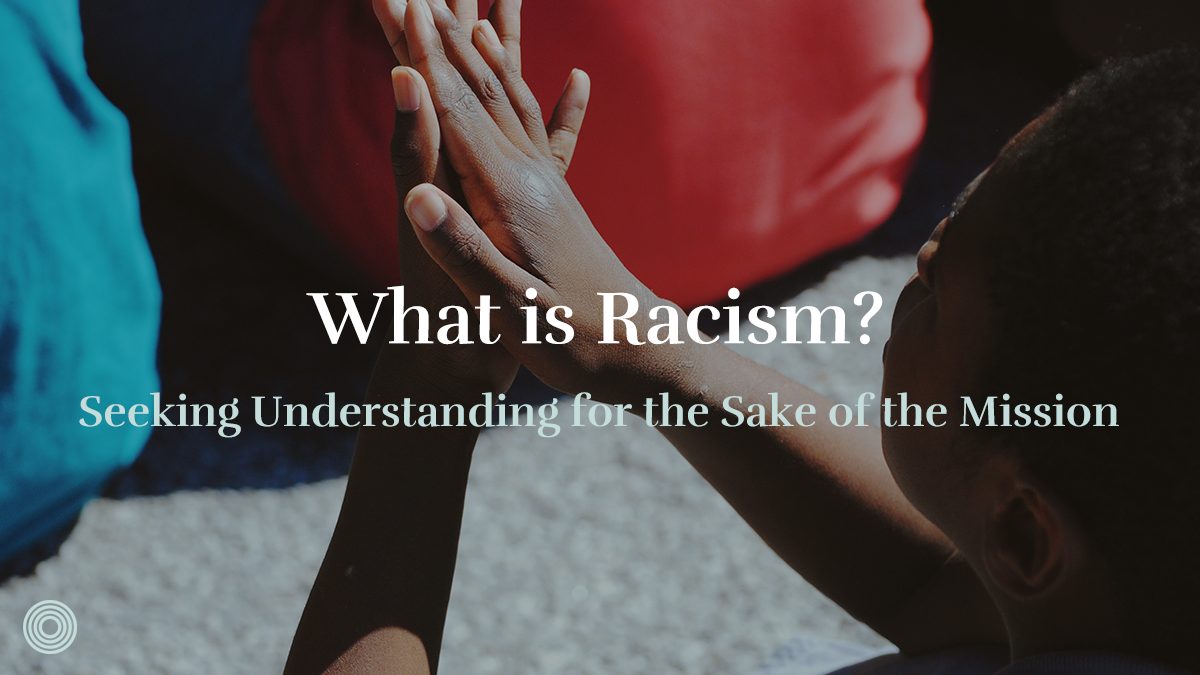 Cultural terms have a range. Racism is no exception.

Effective transcultural missionaries have the humility to recognize the influence of their own cultural presuppositions. They know they must devote themselves to active listening in order to love and lead well. They must grow increasingly aware of their linguistic and cultural blindspots to develop a framework for fruitful communication and missional living. Otherwise, the number of cultural blunders and faux pas is sure to be many. Intent loses to impact. The wisdom necessary to apply the truth of the gospel transculturally comes by way of being good listeners—humble, discerning, Spirit-led, gospel-fluent listeners.

As the people of God, on the mission of God in America, how are we to understand racism?

We need to listen. Racism has been woven into the very fabric of the American culture. If the Church desires to contextualize the gospel for the sake of building the Kingdom, we must work to understand the language of the culture with grace and humility. Therefore, a framework for understanding racism biblically and socially is necessary for equipping the next generation of Kingdom builders.

The following is simply an attempt to clarify terms for the sake of being better listeners. Any endeavor to comprehensively describe racism forces some generalization and invites assumption and accusation. In this discourse, Christians may find themselves on opposite sides, but prayerfully and graciously we are working to build the bridge to meet in the middle. May the Lord give us all the humility, grace, and wisdom needed to wade into these troubled waters with patience and trust in His sovereignty. Moreover, may He miraculously change hearts and bring justice, making this work altogether unnecessary. Until then, we work (Eph. 2:10).

Race is not ethnicity.

Ethnicity is determined by genetic ancestry, language, cultural heritage, and cultural norms. The term race, in its current etymological state, is not synonymous with ethnicity.

Race is a grouping of humans determined primarily by one’s phenotype (e.g. skin tone, hair texture, and facial features). It was somewhat arbitrary and subjective in its origin, but as society accepted and agreed to operate by the rules of this categorization, the construct was formed.

Suffice it to say, sociological and anthropological intricacies abound with these slightly ambiguous terms, but—simply put—race was designed by human society to categorize and ascribe value to groups of people according to kind.

Ethnicity, however, seems to be a categorization by God’s design and for His purposes. Biblically, from the offspring of Noah and through the confusing of languages at Babel (Gen. 11:1-9), God created ethnicity. The nations (Greek word ethnos) are not determined by geographical boundary lines but ethnicity, also known as people groups. These groups were dispersed by God throughout the earth according to language (conjecture: one could suppose God assigned language and location by physical attributes and/or family of origin). These nations multiplied, culture developed, and genetic phenotypes were further established.

Genesis 11 specifically follows the genealogy of Shem up to Abram. The rest of the book of Genesis offers insight into and foreshadowing of God’s plan for reconciliation and restoration. God calls Abram out from his country and nation to be the father of a great nation God will bless (Gen. 12:1-3). This moment serves as a turning point for the rest of the story. Despite the proclivity of humanity towards rebellion and failure, Yahweh demonstrates His faithfulness by renewing His promises again and again. His plan majors on the reconciliation of sinful humanity with their Creator, but there is a subsequent reunion of the nations into one chosen nation. All nations are given access to the promise through the person and work of Christ. Though once strangers alienated from the commonwealth of God’s people, the death and resurrection of Jesus tore down the dividing wall of hostility (Eph. 2:12-14).

God has a plan to restore true peace and unity through justice. Depraved humanity is habitually and historically guilty of using human means and methods for diagnosing and solving the brokenness. Everyone senses things are not as they should be, but everyone is too broken to know what to do about it. If you have a gospel-saturated view of the world you can see the brokenness inextricably linked to the pride, lust, greed, and anxious toiling of humanity. It should be obvious that all the kingdoms of man, all the structures and systems, are laced with sin and fundamentally opposed to the Kingdom of God. Any hope for true peace will not be found in them. Jesus is our peace. 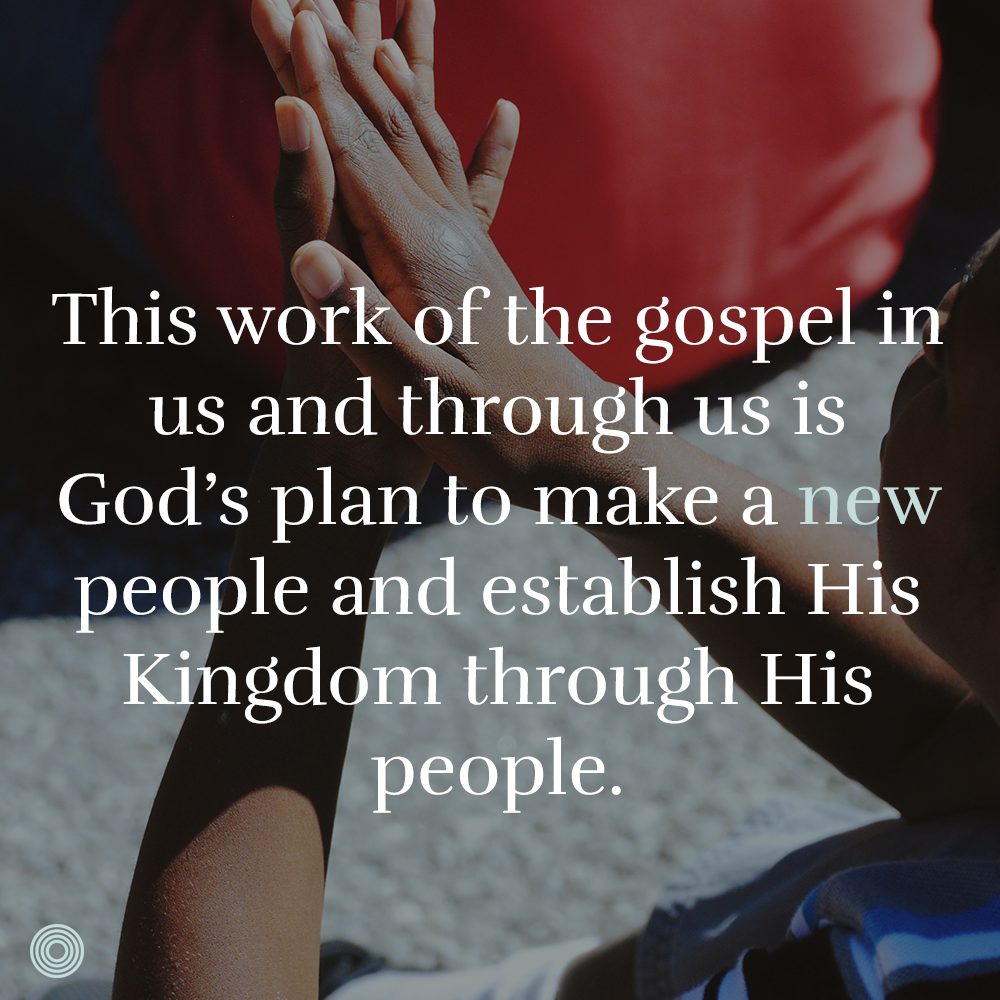 So what about racism?

First, I offer a reminder/summary. We practice active listening to be faithful missionaries. We maintain our identity is in Christ who unites us as His people. This work of the gospel in us and through us is God’s plan to make a new people and establish His Kingdom through His people.

Now, race is a construct of a sinful society opposed to the plans of God. It was “discovered” and used as a tool by the most “superior” race in order to gain and maintain power and control. In other words, it is not that racism exists because there is both race and sinful desire in the world; rather, race was created for the sinful purposes of racism. I will say it again, race was created for racism… not the other way around. The definition and application of these terms necessarily changes with society overtime—so long as it fits the objectives and narrative of the self-proclaimed superior race.

In light of this framework, racism can be defined broadly, according to The Oxford Dictionary, as “the belief that all members of each race possess attributes or abilities specific to that race, especially so as to distinguish it as inferior or superior to other races.” However, I believe, in order to have the faithful application of a remedy, racism must be nuanced and understood by its effects individually and corporately.

Language is complex. Remember cultural terms have a range. If we listen well, the subtleties become more pronounced and a framework for understanding is developed. So, I want to offer you three categories for grasping the complexities of racism. These are interdependent ideas, so parsing them out is somewhat misleading—though necessary for nuance. It may be helpful to consider them symptoms of the same disease or notes of the same chord.

This ranges from obvious to subtle forms: from the KKK and other hate groups; to those family members who use derogatory racial epithets casually in conversation; to the concerned parents who think it is “unwise” for their daughter to date interracially—by which they usually mean black and white—because of the challenges it presents; to the tendency to meet black theology with suspicion and view the black church as theologically or intellectually inferior.

The tendency of an individualistic culture is to treat racism as separate isolated events, searching for individuals or incidents to label “racist.” This is an oversimplification and a failure to see how interconnected society truly is, so working to grasp the next category is imperative.

As its suffix (ism) implies, racism is best understood as systemic. Systemic racism seems to be frustratingly ambiguous to some. Many dismiss it as an unhelpful, subjective reality because the institutionalization of racism has presumptively been remedied by legislation in decades past. However, there is statistical, empirical evidence of disparities between races regarding wealth/income, criminal justice/incarceration, employment, housing, health care, political power, and education—among other things. The mere presence of disparities does not necessarily indicate racial injustice is the sole reason for their existence, but, at the very least, it presents a compelling suggestion that something is systemically broken. In conjunction with the gospel worldview described earlier, it seems systemic injustice in a manmade economy should be expected, not questioned.

To be clear, this is not about individual white people hating black people (or any other racial minority). It is about broken systems due to a history of undeniable, institutionalized racism and a lack of sufficient restorative justice. Additionally, there persists deeply rooted, pervasive, racist ideas believed and embodied by society as a whole. This creates a drift towards racial homogeneity. It also enables biased behaviors of omission and unchallenged solidarity. This in-group versus out-group behavior is sociologically natural, but when it involves race, it is also technically racist. Moreover, it facilitates an environment where divisive racial biases are never questioned, so these racist ideas become psychologically embedded.

Believing this lie of racism produces white people who feel conflicted, guilty, helpless, anxious, resistant, willfully ignorant, and/or called to be white saviors—a call that seems right, but is actually symptomatic of the same flawed ideology. It springs forth from a man-centered pity, that leads to a man-made hero, and offers solutions that are unhelpful and/or unwanted… It is a “helping” that hurts. There is also, of course, the response of becoming a bigot who genuinely believes he/she is superior because of whiteness.

Believing this lie of racism produces black people who assimilate, or else. This is sacrificing identity and culture with the hopes of gaining the benefits of whiteness, but, per the rules of racism, blackness is never fully accepted into whiteness. Once this is realized it creates feelings of shame, self-loathing, hopelessness, fear, depression, rage, and other symptoms of trauma. There is also a case for linking internalized racism to physical health problems, fatherless homes, an increase in criminal activity (due to hopelessness and/or desperation), as well as other physiological and social issues.

There is work to be done. We need gospel-fluent, transcultural missionaries for that work. God has graciously given us a way forward, together. In Jesus, we find everything we need to be free and to liberate idolaters of any culture. We start by listening, then we speak the truth and move to action. There is more to unpack here, but the task of this post is to clarify terms for the sake of the mission. Prayerfully, a vision for this mission will be birthed from the burdens gained through our listening.

What kingdom of yours do you need to abolish in order to build His Kingdom?

Kendrick was a founding leader and served as an elder of The Crossing Church in Monroe, LA, a church plant in the Soma Family. He and his wife, Amelia, completed Soma Sending in December 2019. They, along with their two children, Titus and Norah, were sent to Dallas in March 2020, to plant a church in the Oak Cliff neighborhood.