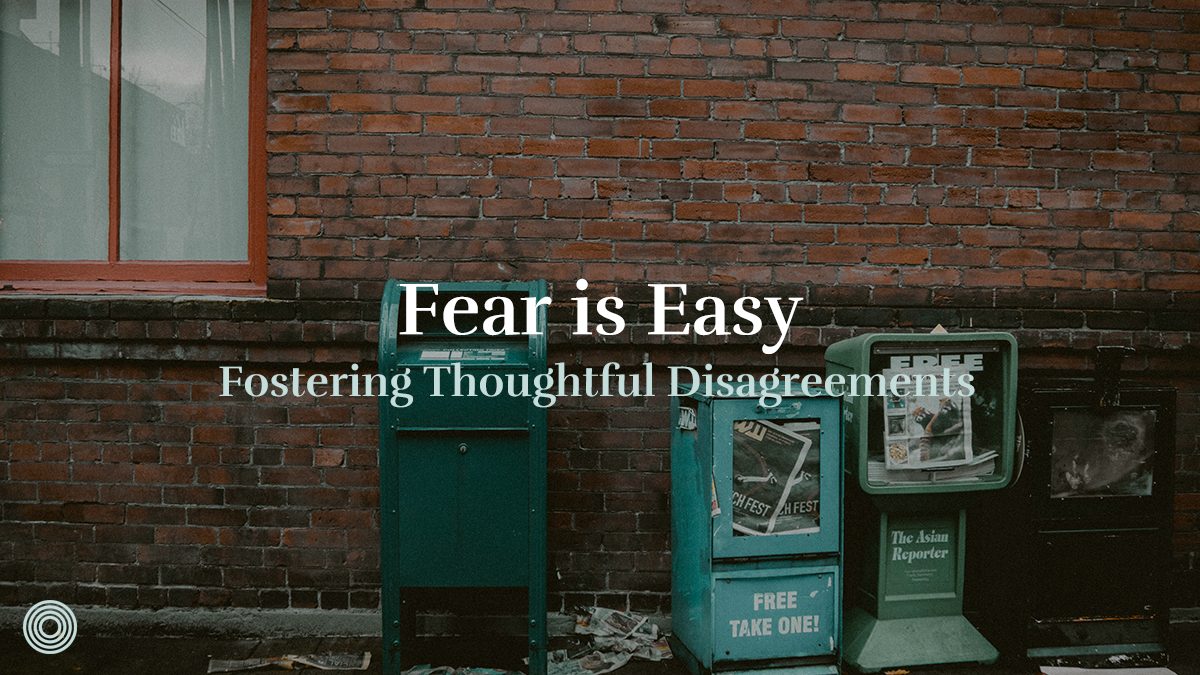 We have lost the art of thoughtful dialogue.

Left to ourselves, we seem to avoid controversy or handle it poorly. It’s impolite to discuss religion or politics. These are issues held with the head and the heart. Beliefs become convictions, and we can’t seem to figure out how they go together in the first place, much less how to disagree thoughtfully without becoming needlessly offended or needlessly offending.

We have lost the art of thoughtful dialogue. We live in echo chambers, surrounding ourselves with people and news outlets who simply reaffirm our beliefs. We only hear agreement so those who disagree become “the other” in best cases and “enemies” in worse cases. It’s difficult to remain thoughtful when dealing in disagreement because we hold our views so personally and so strongly, and we’re convinced that so much is at stake.

But we must clear our heads and remember that everyone bears God’s image (Genesis 1:27). We’re all fearfully and wonderfully made (Psalm 139:14) from the same dirt. Together we form a beautiful tapestry of the possible. Disagreement shouldn’t be associated with devaluing a person’s inherent worth, dignity, and beauty. And yet that’s often exactly what we do. Every disagreement becomes more than just differing opinions.

Instead of really listening to one another, we view disagreement as a threat and we give in to fear. Fear is easy, is effective, and supersedes critical thinking. Fight or flight. It’s difficult to engage thoughtfully views other than our own. It’s easier to encourage fear because it’s tied to our emotions and sense of self-preservation. So we fear those who disagree. We see disagreement as a threat instead of just another way of looking at things. 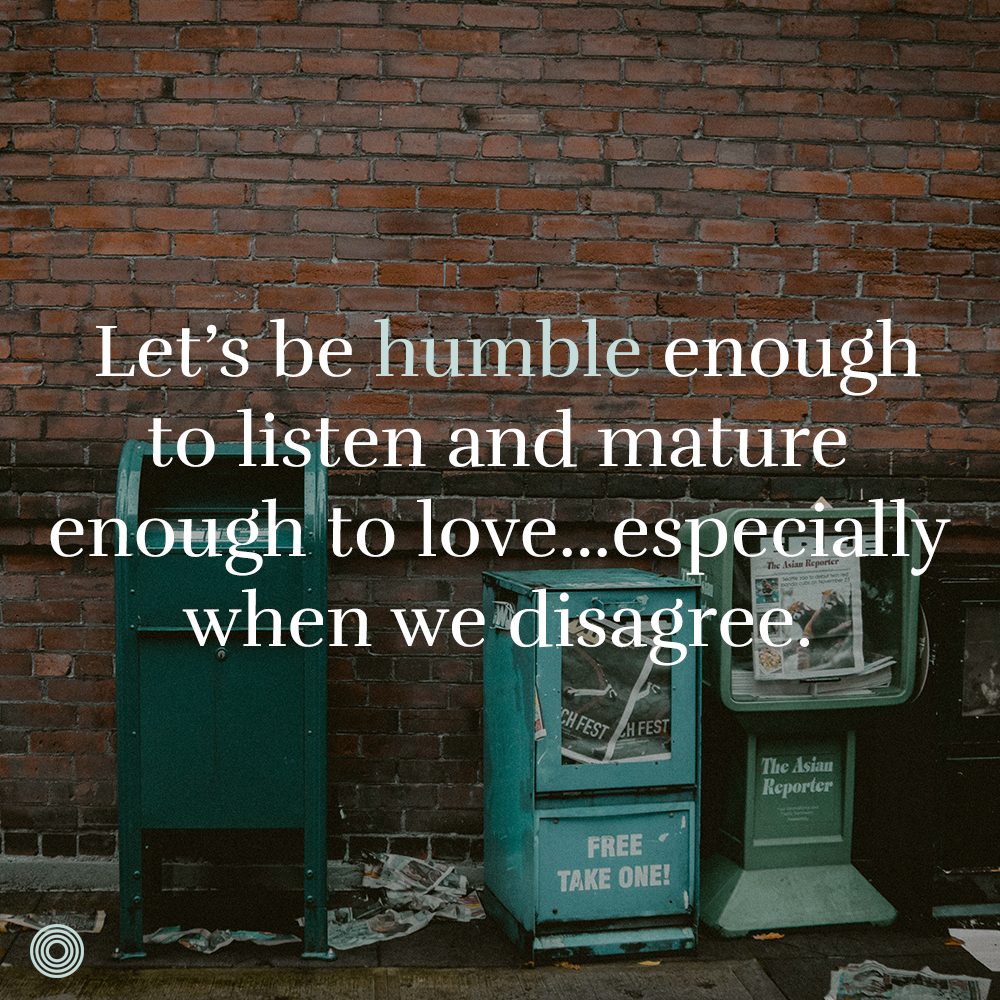 Humility is the necessary ingredient for thoughtful dialogue. We must swallow our pride and remember we all need grace—not just that they need grace, but we need grace. Who are we to think we’re better than someone who believes differently? We don’t need to respond with vitriol because we’ve been given grace (Ephesians 2). We’ve been blessed and charged with reconciliation (2 Corinthians 5:11-21). We are called to love, even if they slander us (Matthew 5:44).

Pursuing humility, we listen more than speak (James 1:19). We even seek out different viewpoints (Proverbs 11:14, 15:22, 24:6, etc.) because we know we’ll never really grow when everyone we hear simply reinforces our beliefs.

I believe this humility is found most clearly in the Person and Work of Jesus Christ, who humbled Himself by taking on obedient human flesh, bearing our sins and their punishment (Philippians 2), exchanging His righteousness for our sinfulness (2 Corinthians 5:21), forgiving us so we can forgive others (Ephesians 4:32). But whatever you believe, seek humility. The world will be a better place when we all stop thinking so highly of ourselves.

Make a friend who believes differently. Then listen. You don’t have to agree, but if you can’t articulate their reasoning as they would, you might not be ready to counter. If making friends is difficult for you, find a media outlet that makes you uncomfortable and just listen and consider. We may never agree, but let’s respect one another enough to listen and understand as best we can. Let’s be humble enough to listen and mature enough to love . . . especially when we disagree.

How have you seen listening well lead to disciple-making relationships?

After receiving his MDiv from Southern Seminary, Brent served as Teaching Pastor in Glen Rose, TX for four years. In 2008, he planted Church of the Cross in Glendale, AZ. Brent, his wife and eight children are now helping to plant Mosaic Church in Gilbert, AZ.