Our Neighborhoods Have Changed

By Alan HirschSeptember 15, 2020 No Comments 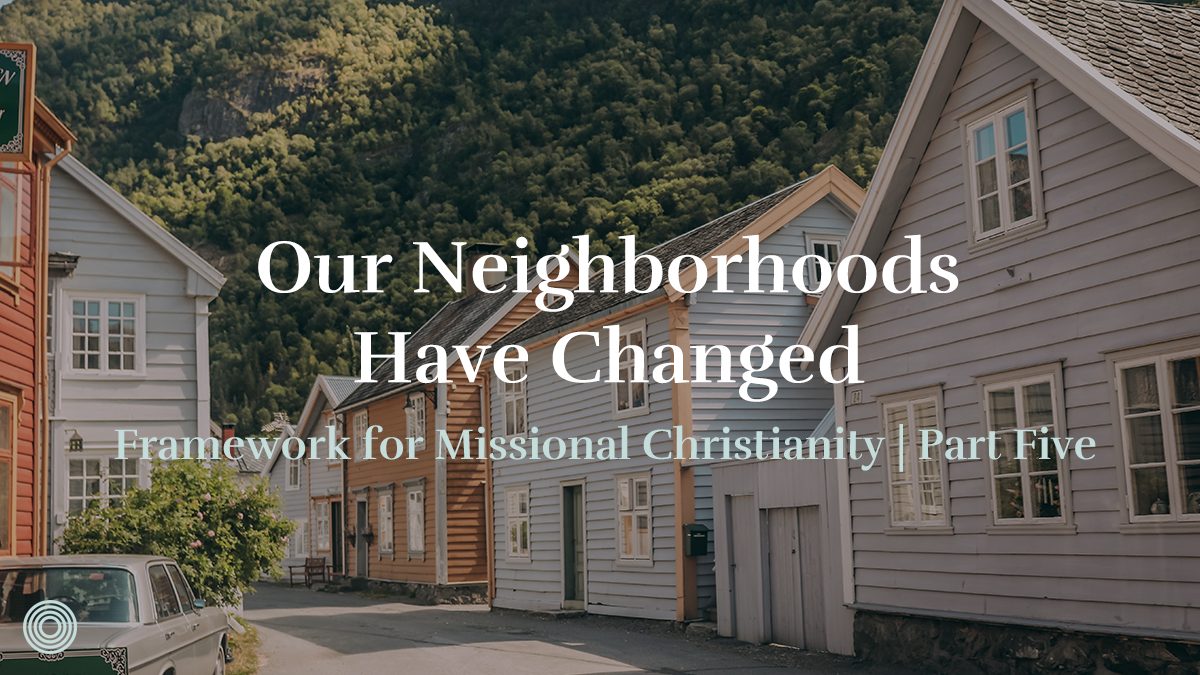 Whether we like it or not, we live in a world that is culturally fragmented and fragmenting.

We are called to be a missional (move-out) people, and if we are willing to follow the missional Spirit, I venture to bet we will end up in some rather unusual situations and places. We don’t mean just cross-cultural here: It might simply mean reaching over your fence and beyond that into the local neighborhood. But don’t be surprised if this is still a bit of a challenge for you. One of the things that has happened over the last decade or so is a massive cultural shift away from the Judeo-Christian heritage into a truly subcultural, multicultural experience; our neighborhoods have gone and changed on us.

To move deep into the culture is to take the idea of incarnational mission seriously. This in turn takes its cue from the fact that God took on human form and moved into our neighborhood, assumed the full reality of our humanity, identified with us, and spoke to us from within a common experience. Following His example and in His cause, we take the same type of approach when it comes to mission.

Whether we like it or not, we live in a world that is culturally fragmented and fragmenting. The result of cultural disintegration is that people now choose to identify with various subcultural groups. Any modern city is now made up of literally thousands of different subcultures: from sports groups, hobby clubs, interest groups, to groups that gather around sexual preference (the gay community is always a big one in major cities throughout the West), to pubs, clubs, music groups, surfers, skaters—you name it! 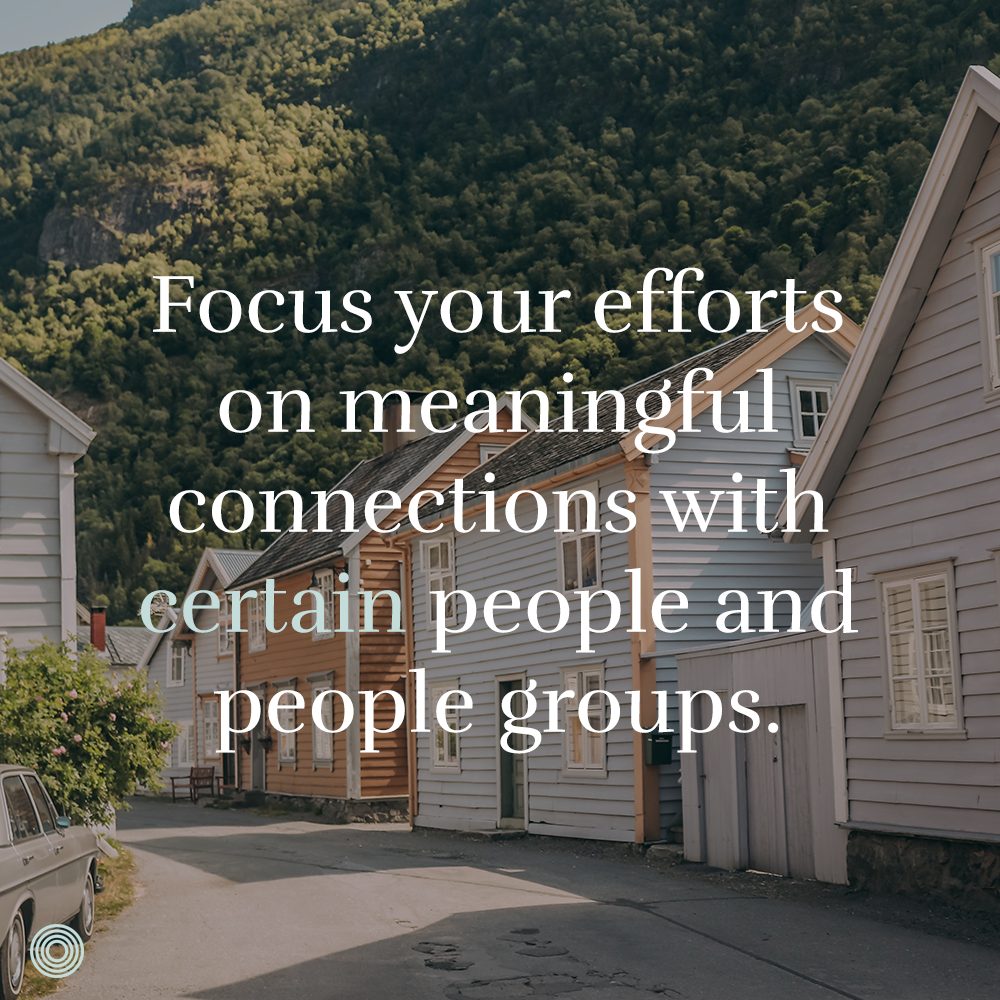 Moving deep means we choose to connect with, identify with, and belong to one or a few of these urban tribes. Don’t try identifying with everyone within your reach— if this does not drive you mad, it certainly will exhaust you. Rather focus your efforts on meaningful connections with certain people and people groups. Go where they go, hang out where they hang out, do what they do. I have seen churches develop this in the strangest of normal places: along riverbanks with the waterskiing community, rave clubs, amateur drama theaters, online gaming communities. I know of one young mom who, instead of attending the local church’s MOPS program, chose to adopt one of the many local non-Christian mothers groups. She was soon asked to lead it, and her influence as a Christian was significantly magnified, more than if she had simply attended the local Christian version.

Follow the missional Spirit, and see where He leads you, or has already led you, to connect.