Gospel Fluency for my Heart 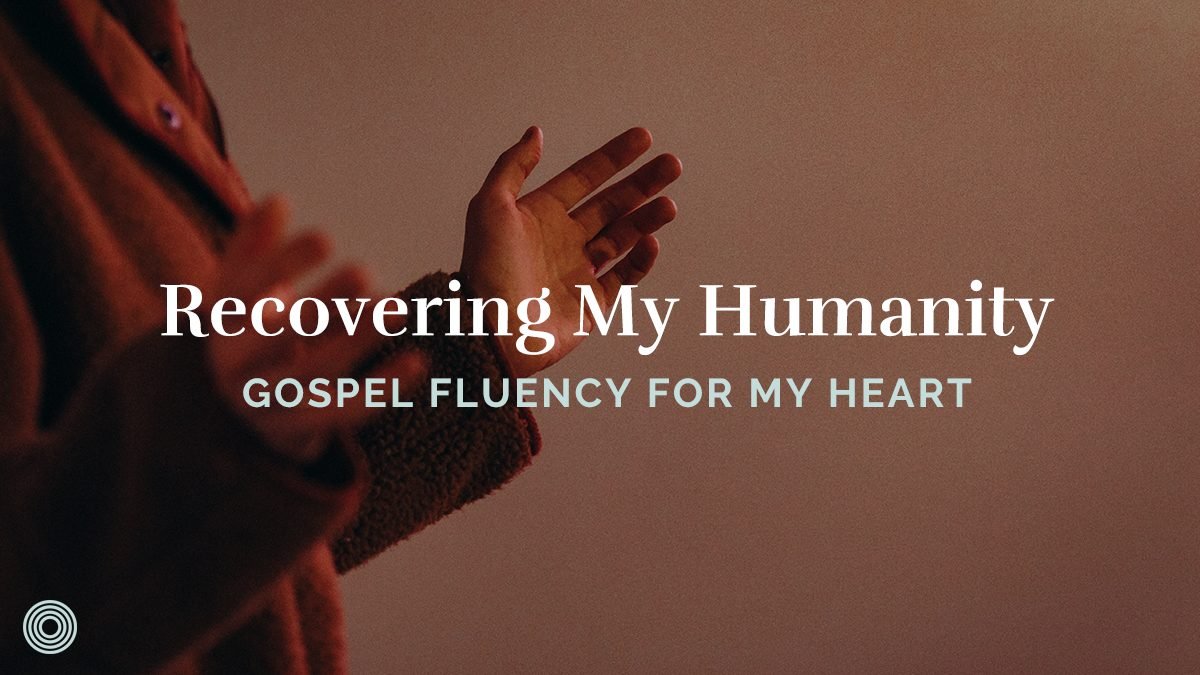 This fall, Jeff Schulte, founder of Tin Man ministries and Jeff Vanderstelt will be hosting Gospel Fluency for the Heart events. These events are designed to help us learn how to re-engage our emotions, experience Jesus as the healer of our heart, and find deep satisfaction in the places we most long for. Jesus wants to meet you in your longings and needs. Jeff Vanderstelt and Jeff Schulte will help us to listen to the voice of our hearts and to learn, as Jesus said, “blessed are the poor in spirit for theirs is the kingdom of God,” “Blessed are those who mourn for they will be comforted.”

Learn more about Gospel Fluency for the Heart here.

Eight months ago, I found myself sitting on a couch in a Tin Man Men’s Four-day Intensive as one untimely born. I wasn’t supposed to be there. But after a last-minute cancellation, I received the text message that I had filled the last slot. I had not read any of the books so I raced over to Amazon to purchase a few essential reads in preparation for my time on the couches.

In many ways, this has been the story of my life. It was in 1977 on an emergency ambulance ride enroute to Chapel Hill that I drew my first breath, two months ahead of schedule, an untimely birth. I wasn’t supposed to live. Implicit memory might suggest I learned from my earliest day on that ambulance ride that if I was going to survive, I was going to have to be strong, capable, and competent to make it in life.

Most of my childhood memories are around some type of sporting activity. I grew up loving to run and the thrill of competition. I took a lot of pride in being the fastest kid in Mrs. Fowler’s second grade class. As I entered high school athletics, I became hyper-competitive. I rejected the limitations of my humanity to accomplish my goals.

My conversion to Jesus my sophomore year of college altered the entire trajectory of my life. Many things dramatically changed. I consumed the Bible. Jesus meant so much to me that after college, I enrolled in seminary. I survived and advanced through ignoring more flashing neon signs from my humanity.

Fast forward to my early days in vocational ministry and I began to acquire a bit of a reputation as a leader who was strong, capable, action-oriented, resilient, and restless for change.

So it should come as no surprise that church planting appealed to me. I was energized by the challenge and the call to plant a church. Through a series of trainings, transitions, and events, we were led to plant a church with the Soma Family of Churches.

I thank Jesus often for the Soma Family and the healthy spiritual home we found. We initiated our church plant with a six-month deep dive into the nature of the gospel and began prioritizing personal story as the context for Jesus’ ongoing sanctifying work of grace. My own self-awareness and understanding of the gospel deepened.

What I now know is that I brought over into my Christian faith the old playbook for making my life work. Running fast. Being strong. Proving myself through competence. 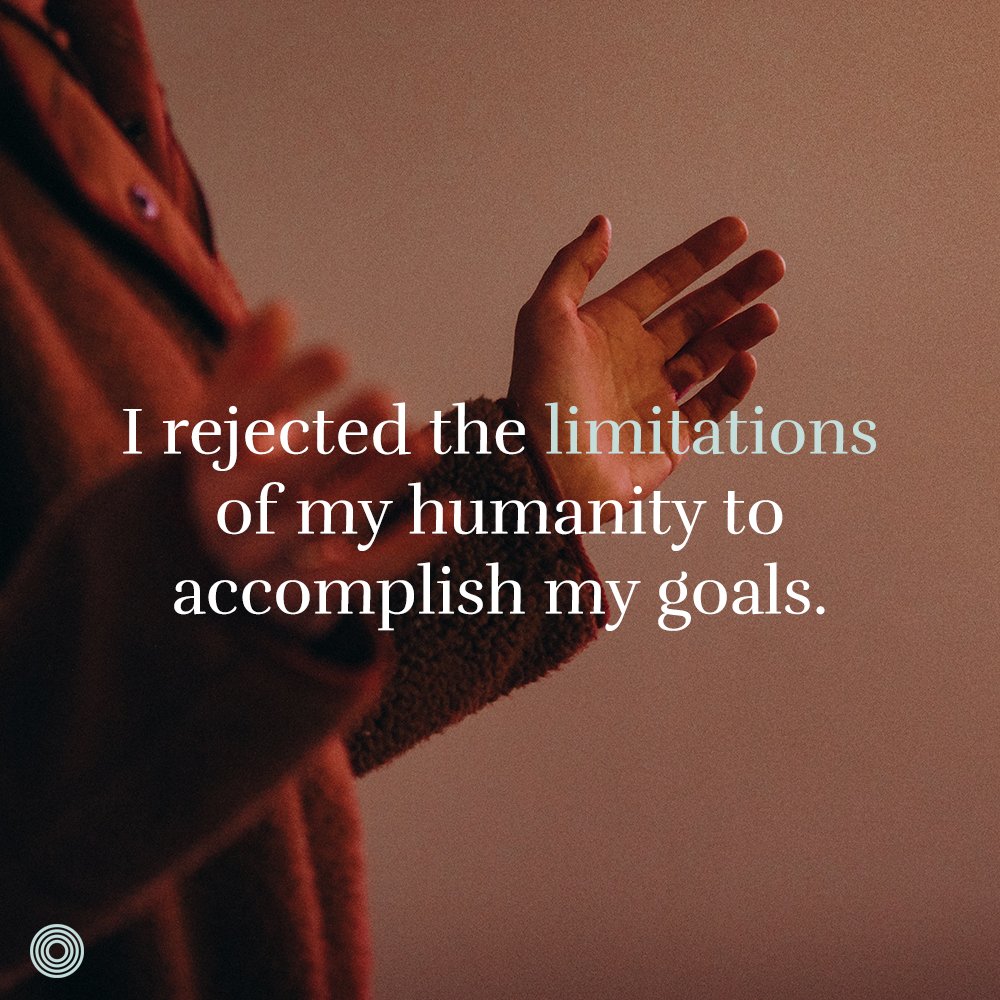 My physical health began to give way. Ministry losses began to accrue. Church planting wasn’t going according to plan. Marriage spouts over the same issue wore on my soul.  My three kids just being kids evoked bouts of rage out of nowhere.

The play I had always run to make my life work suddenly wasn’t working anymore. I felt so weak and helpless. I was tired of running. Decision-fatigue was setting in. Sheer willpower was no longer enough to carry me forward. The self-will well was running dry.

If ministry is death by a thousand cuts, I wasn’t too far away from bleeding out. This is where I was on that day eight months ago when I sat down on the couches.

Buried deep in my story were things unseen and untold. Forces were at play I was largely unaware of that were shaping me in profound ways. Who knew?

I am able to share this version of my story today largely because of my work with Tin Man. Since then, I have been introduced to other terms in my story like trauma, spiritual by-pass, detachment, abandonment, benign neglect, and shame.

To overcome in life, the unspoken subtext was: “More maturity in Christ equaled becoming less human.” For Christ to increase, my humanity must decrease. Two of my three kids had never seen me shed a tear. My wife had only seen me cry a handful of times in our thirteen years of marriage. I felt numb most of the time except when I was preaching.

In those four days, I slowly began to relearn how to be a human again. As Tin Man taught through the eight core emotions, we practiced feeling the eight core emotions.  They provided a safe context to practice vulnerability. As we processed the deep pain in our stories, those untold and unseen forces got unearthed and named.

As I read the Scriptures today, I can now see the robust anthropology Jesus both embodied and assumed in ministry. Jesus wept. Jesus was grieved at the condition of the world. And yes, Jesus got angry sometimes. Part of His loving authority over the earth was the re-naming project of saying out loud what really was.

I left the intensive feeling my heart beating in my chest, full of emotion, gladness, and hope for my own humanity. The healing journey began. I returned home, sat my family down, and had a good cry with them for the first time and apologized for driving our family too hard. I apologized for not being emotionally present. I immediately felt intimacy and connection with them.

This new journey of being truly known by God and others is not intuitive. I’ve been told it requires a lifetime. I relapse back into an unsustainable pace and try to outrun my pain.

But I am seeing the invitations of Jesus come to me more clearly these days. And I feel different inside. Less angsty. More relaxed. More connected to my family. More intimacy in my relationships. And more okay with the gift and limitation of being a human. 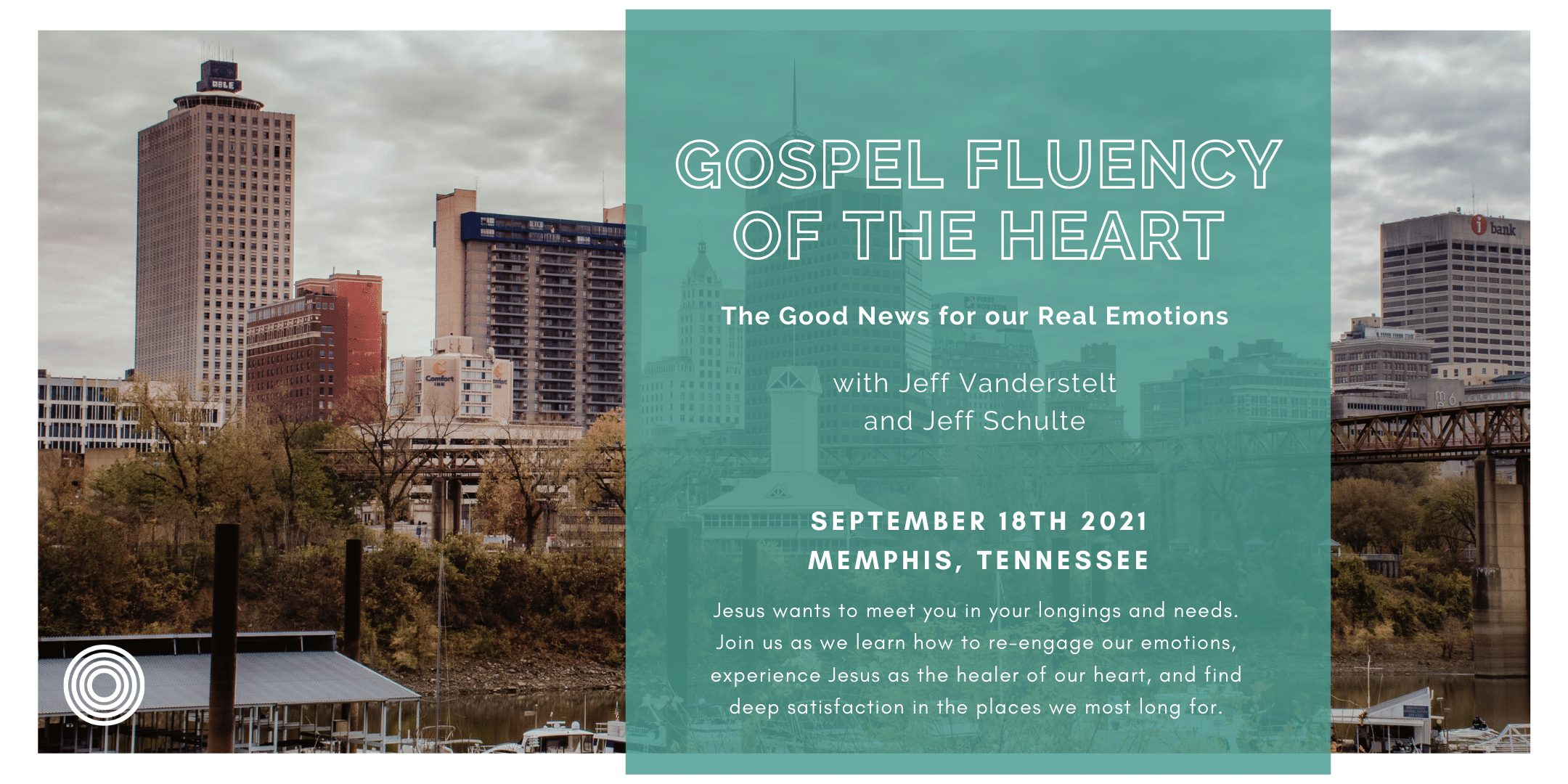 –> Check out some of our resources for growing in Gospel Fluency:

Tommy had a radical conversion to Jesus in 1996 during his sophomore year in college. He moved to Texas in 2001 to go through a 1-year discipleship program and then went on to earn a ThM in Pastoral Leadership/Historical Theology from Dallas Theological Seminary in 2007. After serving for several years in vocational ministry, Tommy and his wife Celeste felt called to plant a church in Asheville with the Soma Family of Churches. Tommy has over 20 years of leadership experience in the Church and is burdened to see the lost children of God find their way back home. Tommy and Celeste have been married for 14 years and have 3 kids: Ellis, Olivia, and Silas.