The Trials of Incarnational Living

and the Paradoxes of Mission

By Cassie LangfordJuly 8, 2021 No Comments 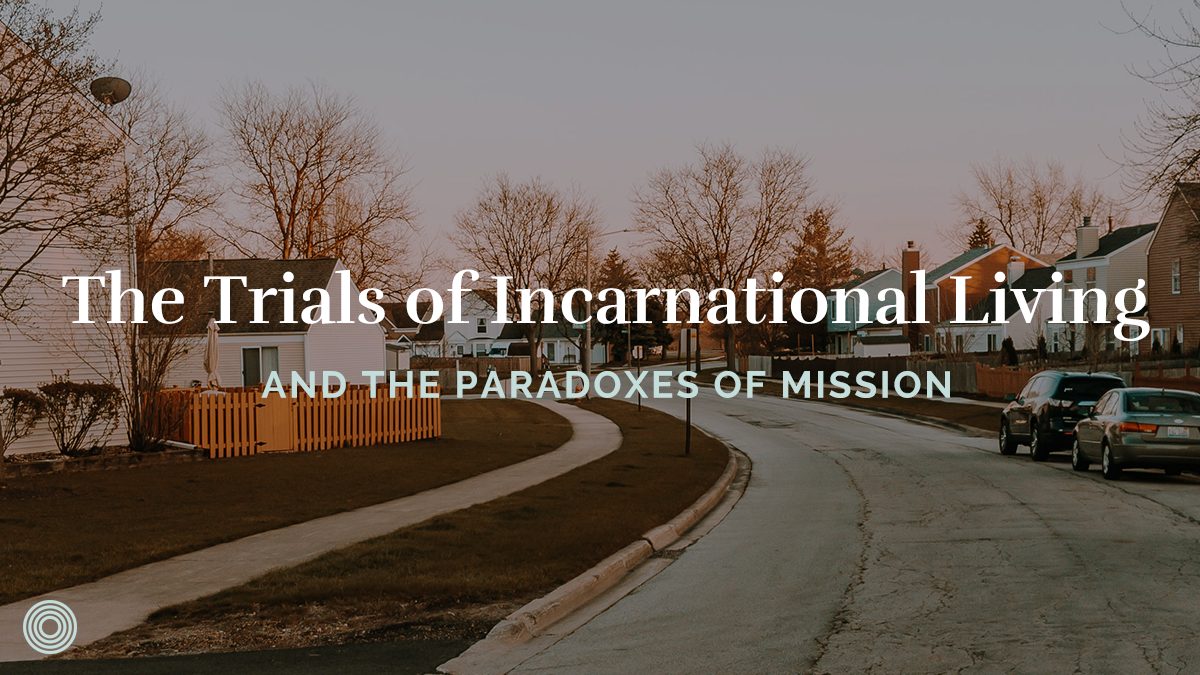 How many times have I thought, “Lord, why did you call me to this?”

A little over a year ago my family moved into the overlooked neighborhood our missional community had been serving for four years—the same neighborhood where my pastor-husband serves as the Community Engagement Coordinator for City Fields, a local not-for-profit community development corporation.

With my limited human understanding, I know why He has called us to this particular life in this season. We have a heart for the mission of God. We want to see people have a daily encounter with Jesus in word and deed. We believe in incarnational living—sharing in the sorrow and suffering of others as Jesus the God-Man did by taking on human flesh and laying down His life for the sake of others.

I also realize that my personal story, which I am sometimes tempted to see as embarrassing weakness, has prepared me for this particular calling. Early in my childhood, I lived through some of the hardships that come with poverty, drug addiction, and divorce. I still talk like I just crawled out of some hillbilly hole, which I constantly worry people interpret as a lack of intelligence. And, because I’ve been unemployed for most of my adult life (which for me has meant working without pay mostly for the sake of the gospel and raising my children), I know what it’s like to eat a lot of pinto beans and spaghetti for supper, to pack picnics on car trips, and to tell my children “no” more often than they would like when it comes to things they want to buy and places they would like to go.

Yet even though those things are true—and even though I know my neighbor and I are both made in the image of God and are equally in need of the grace of God—I can’t help but recognize how different we are. I can’t help but worry that our differences impede the mission despite our efforts to chat with our neighbors, go on walks, hang out in the park, and welcome neighborhood children. It’s easy to speculate that our differences make it harder to develop real friendships. Even though we live in the same neighborhood, our kids go to the same schools, and we use the language of “we” and fight against any temptation to have a savior complex, bridging the perceived gap in the “Us vs. Them” divide is much harder than we expected.

But, in spite of how the enemy tempts to discourage me with this reality, the God of the universe reminds me of the paradoxes of living as a family of servant missionaries.

God rightly sends us to the wrong (or small or hard) places.

The Lord sent Abram on a long journey to a land He hadn’t yet shown him. He sent Moses back to Egypt and Israel into the wilderness. He sent Jesus to earth, into desolate places, to “the other towns” (Luke 4:43), back to Jerusalem, and to the cross. He sent the disciples to Jerusalem, Judea, Samaria, and the ends of the earth—places where they experienced (and do experience) great persecution. He sent Paul to the Gentiles and back to Jerusalem where he was arrested.

Yet, the Father sent them so that His mission could be accomplished, and as John 20:21 says, “As the Father has sent me, even so I am sending you.” Therefore, since the Father is the one who draws the lost to Jesus (John 6:44), we can trust He will do this same work through us as we are sent. 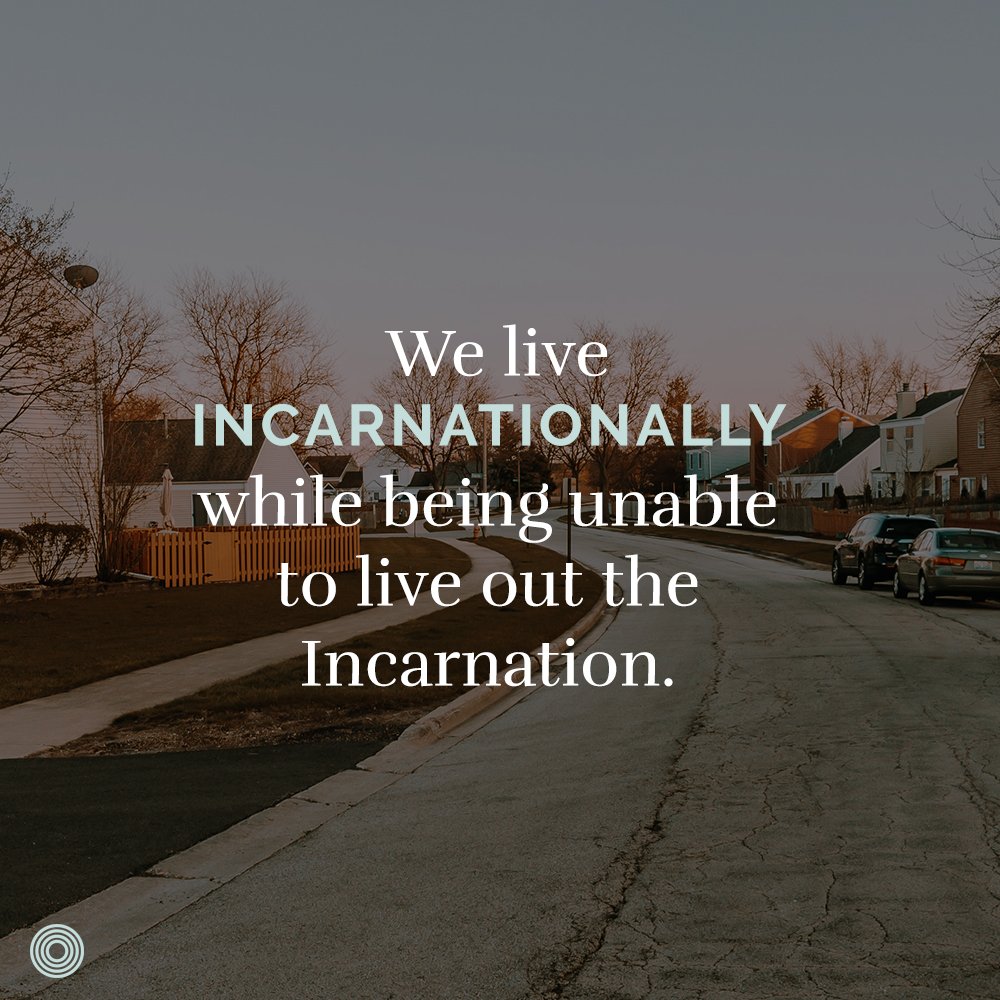 When Jesus chose the disciples, He intentionally chose twelve very different men and told them to love one another. He wanted the world to be astounded at the supernatural, unexplainable love they were able to display because of the unity they found in Him.

Paul uses the metaphor of the human body to describe the body of Christ, the Church, in 1 Corinthians 12. So, if a fully working body needs eyes and ears and a nose, knee caps and elbows and big toes, we shouldn’t worry that God won’t be able to build His kingdom with what we see as the Us and the Them—the educated and the uneducated, the rich and the poor, the powerful and the powerless, the do-gooders and the down-and-outters.

Consider Moses. The man who was slow of speech and tongue is the one to declare God’s word to pharaoh and lead Israel out of Egypt.

Consider Mary Magdalene. The woman who had once been dead in her trespasses and sin was the first to tell the world, “I have seen the Lord” (John 20:18).

Consider Peter. The man who denied Jesus three times and later withdraws from the Gentiles in fear goes on to tell the exiles that the testing of their faith through trials will “result in praise and glory and honor at the revelation of Jesus Christ” (1 Peter 1:7).

Consider Paul, the chief of sinners. The man who rejected Christ and executed Christians becomes a suffering saint as He takes the gospel across Asia Minor and speaks the truth to Roman rulers.

He uses sins and our weaknesses, our pasts and our need to bring glory to His name, to show the power of His redemption.

Miracles happen when it looks like nothing is happening.

Over and over again, Jesus compares His kingdom with a seed, and seeds have to fall into the ground where it looks like nothing is happening. Then, the plants that spring from those seeds are often hidden by weeds. Sometimes it takes them a long time to grow, and along the way, there’s always the fear they might suffer from blight or get blown over by a strong wind.

Yet, throughout the Gospels, Jesus promises He will gather the wheat though the stubble burns, the mustard seed will grow into a tree, and the seeds that fall into good ground will bear fruit. He is the one who gives the growth (1 Corinthians 3:7).

And, ultimately, we find the greatest reassurance in knowing that victory and eternal life came through Jesus falling into the ground like a seed.

We live incarnationally while being unable to live out the Incarnation.

We go where God sends us and we do the work He sends us to do, and we do this by living life with our neighbors. We do this by sympathizing with their weaknesses and sharing in their suffering.

But we tell the people to whom we are sent (and we remind ourselves) that only Jesus was able to destroy “the power of death, that is, the devil, and deliver all those who through fear of death were subject to lifelong slavery.” Only He can truly help the offspring of Abraham. And only He could be the “merciful and faithful high priest…to make a propitiation for the sins of the people” (Hebrews 2:14-17).

This is the good news everyone needs.

How is Jesus inviting you to live as a missionary this summer?

–> Check out some of our resources for living life on mission:

Cassie Langford is growing as a disciple and disciple-maker as she serves alongside her husband Rusty as a part of Matthew’s Table Church in Cleveland, TN, and one of her greatest delights is beholding Jesus in the factual and fictional stories she reads, hears, and tells.