By Jeff VandersteltMarch 1, 2022 No Comments 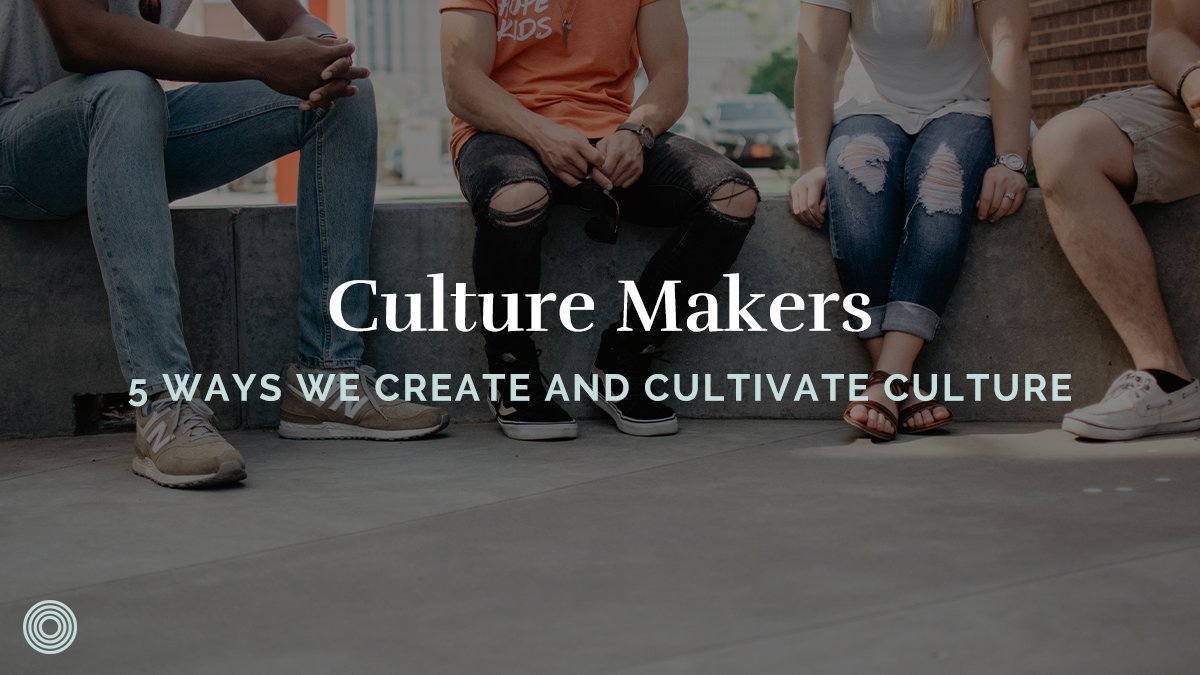 Since the beginning of creation, humanity has been creating and cultivating—bringing into existence new ideas and new life, while simultaneously establishing a culture where ideas and life either flourish or flail. As Andy Crouch states in his book Culture Making, “Like our first parents, we are to be creators and cultivators. Or to put it more poetically, we are artists and gardeners…creaturely creators, tending and shaping the world that the original Creator made.” And yet, far too often we are not paying close attention to the culture we are making.

The culture we are creating is not always healthy. And regardless of how strong and well-thought out our organizational strategy might be, the culture we create and cultivate will either support and strengthen our strategy, or suffocate and sabotage it. There are many helpful books and articles written about this. For simplicity’s sake, I would summarize it into five key ways we create and cultivate culture: through the heroes we make, the stories we tell, the language we use, the practices we engage, and the metrics we measure.

The Heroes We Make

Think about your context. Who are the heroes? Who gets celebrated? Who does everyone want to emulate? The answer to that reveals the culture you are creating. Hopefully, for all of us who love and follow Jesus, Jesus is the ultimate hero. With that said, consider who you point to in your organization that reflects the heart and character of Jesus.

Jesus made heroes of very unlikely people. Jesus made a hero out of the Canaanite Woman who begged Jesus to set her daughter free from demons, declaring how great her faith was. Jesus pointed out that you must become like a child to enter the Kingdom of God. Jesus made a hero out of a broken woman who poured out an entire flask of expensive ointment on Him saying that she loved much because she had been forgiven much. He made a hero of John the Baptist, one who appeared to be a crazed prophet to many, because of his faithfulness to fulfill the call of God on his life. And throughout the beatitudes, Jesus clarifies who the truly blessed people are. Jesus built a kingdom culture by lifting and celebrating those who demonstrated the values of the Kingdom of God.

Consider the culture you hope to build. Are the heroes in your context embodying the values Jesus laid out for His Kingdom?

The Stories We Tell

Culture is formed through narrative. Our ultimate story is the story of God’s love expressed through Jesus Christ. All the other stories are supporting plots to that story. And the stories we tell form the people we’re becoming. James K. A. Smith in You Are What You Love states, “Worship that restores us is worship that re-stories us.”

What are the stories you tell in your context? Who are you inviting to share their own story? We tell stories in our sermons, during our gatherings, with our leadership, through social media. Think about the stories your people have in their minds when they think about your church.

Jesus told stories to bring enlightenment to our imaginations of what the Kingdom of God is like. God is a loving and gracious Father who welcomes His wayward son home with open arms and a party, and urges his self-righteous son to celebrate as well. The Kingdom of God is like a treasure in a field that is worth selling all you have to buy the field and claim the treasure. Every story Jesus told was intended to give expression of the Kingdom culture He was cultivating. And the Scriptures tell the stories of changed lives to encourage us as well. 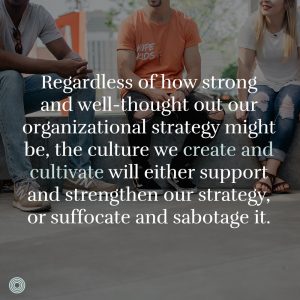 The Language We Use

Language shapes culture and culture shapes language. As image bearers of God who spoke our world into existence, we create culture with our words. Our language is also the result of the culture we create since language is the way we describe our view and experience of reality. So, it’s important to pay attention to the words we use and to intentionally use words that express what we believe and want to see realized.

Think about your language. Do you believe people are the church, but still use a phrase like “go to church”?  Does your language create a tiered value system between clergy and laity, or paid and unpaid people? Do you call the singing portion of a Sunday gathering worship or do you communicate that the whole gathering and all of life is worship?

Jesus is the Word of God made flesh. He embodied perfectly every word of God in practice and expression. And He used language very intentionally to shape the culture He was forming.

Consider doing an audit on how your language affirms and forms the culture you are creating and cultivating. What language needs to be changed? What needs to be added?

The Practices We Engage

James K. A. Smith makes a strong case that the liturgies we practice form what we love, which in turn forms who we are. He states, “Christian worship is essentially a counter-formation to those rival liturgies we are often immersed in, cultural practices that covertly capture our loves and longings, mis-calibrating them, orienting us to rival versions of the good life.” He continues, “The Church—the body of Christ—is the place where God invites us to renew our loves, reorient our desires, and retrain our appetites.” He clarifies that this happens through repetition of key practices: “There is no formation without repetition. Virtue formation takes practice, and there is no practice that isn’t repetitive.” The practices you engage in—the liturgies you repeat—are re-storying and forming the people you lead to engage in everyday life with gospel shaped heads, hearts, and hands.

We begin our liturgy with a call to worship because we want people to begin their days in the same way. We practice confession of sin because we want to form confessional communities. We regularly partake together in THE Meal, taking the bread and drinking the cup, to learn how to engage every meal mindful of the provision of Jesus. We give our offerings because we want to become generous people in all of life.

Think about your practices. Do you mostly perform and present, or invite people to engage and practice? How are your practices forming people who live, work, learn, and play like Jesus?

The Metrics We Measure

What do you measure? What metrics do you use to determine the effectiveness of your organization? What you measure says a lot about what you value.

A friend of mine recently remarked how different our recent Soma Family of Churches retreat felt compared to other retreats or conferences he had attended. He said no one asked him about his church size or growth. They only asked about how he was doing emotionally and spiritually. He shared how refreshing that felt. That would not have always been the case for our Family of Churches, but in the past two to three years we have spent more time on the health of leaders than almost everything else. It is something we actually measure.

Jesus celebrated the widow who gave a mite, which was worth 1/8 of a penny, but it was all she had. Jesus chided the disciples not to rejoice in the number of demons who submitted to them but that their names were written in heaven. He pointed out that the Good Shepherd is willing to leave the ninety-nine sheep for the one lost sheep. It’s not wrong to have metrics. Just make sure you’re measuring what is most important.

When I first stepped in to replant Doxa Church seven years ago, our Executive Pastor and I discussed how we might build metrics that supported the discipleship culture we wanted to create. One of the metrics we talked about was giving. Instead of just measuring how much money came in we agreed we wanted to measure how our discipleship shaped people’s giving. He came up with three categories for measuring discipleship in the area of giving: Stingy Steve, Giver Gary, and Average Joe. We wanted to see people go from not giving to start giving (Stingy Steves). We wanted the percentage of the overall giving by a few large donors to decrease so the giving was carried by the many and not just a few (Giver Garys). And we want to see the average giver (Average Joe) grow the percentage they gave each year.

You have created a culture. You are cultivating a context. Is it the one you hoped for? Does it look like the one Jesus came to build? It might be time to take a closer look and invite the Spirit of God to reveal and rebuild what Jesus came to establish in His Church.